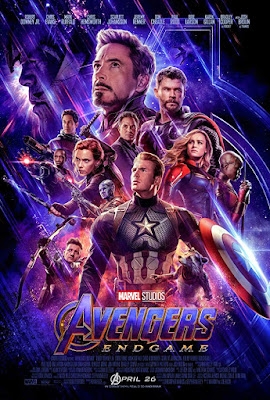 The second trailer for Avengers: Endgame has arrived, and it's a little more hopeful than what we've seen up to this point. If you haven't already seen it, check it out below.


It starts off with a little recap, what our heroes have been through over the last ten years, the things they've seen and the people they've lost. Tony thinking about how he became Iron Man, Steve Rogers doing the same with his own past and Thor thinking about his father and how he became King of Asgard, only to see half of his people - if not more - wiped out in an instant. Hawkeye teaching what could be his daughter - or possibly a young Kate Bishop - to use a bow and arrow is a particularly pertinent shot, given that we have no idea what has happened to him since the snap - or "Decimation" as it's said to be known in the movie - other than something caused him to take on a new identity as 'Ronin', and that Romanoff will be the one to hunt him down.

A question of time has arisen too. How long did it take Scott Lang to escape the Quantum Realm? Because when he goes in search of his family, it would appear they're not there, their home is in a state that would suggest they haven't been for quite some time. But could this be key to the Avengers' plan to put things right? Gaps are quite literally being filled, shots from the previous trailer are present with new players included. The surviving team members are all reunited, seen walking across the hanger at HQ and they're all newly suited and booted (check out Rhodey's bulkier 'War Machine' suit), ready for the Quantum Realm. 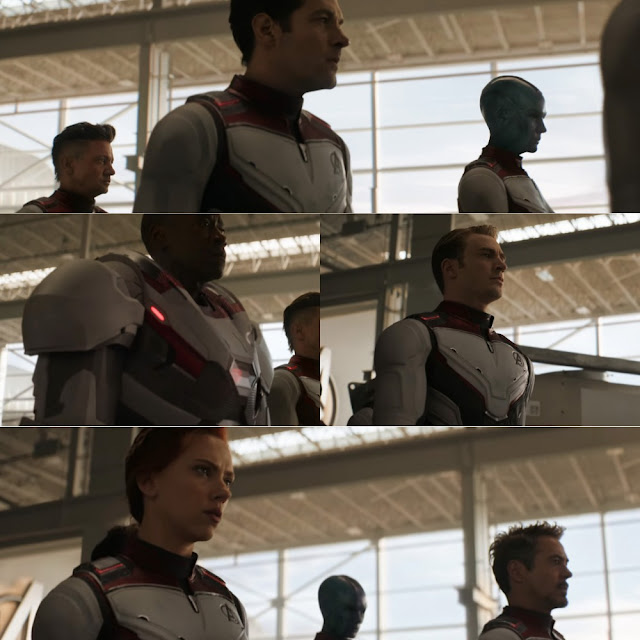 Obviously there is a big fight coming, there has to be if the team is going to fix everything. All of which is hinted at with that beautifully grandiose score. Whereas the first trailer was a lot more grim, and depressed, the underlying theme of this trailer seems to be hope. Romanoff can be heard giving her support for the plan: "Even if there's a small chance, we owe this, to everyone who's not in this room...to try." Following on from this, certain members utter the same phrase: "whatever it takes." 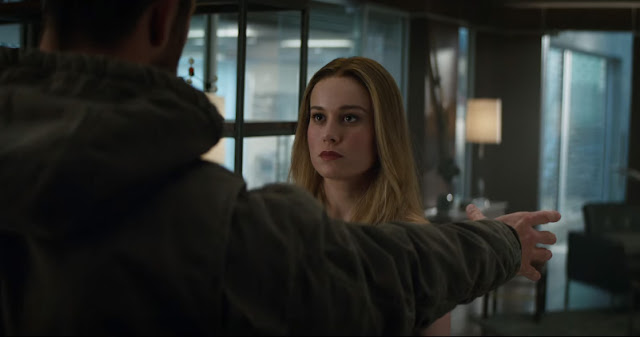 But what's great is that Endgame won't be all doom and gloom, we still have that cheeky Marvel humour to look forward to. In the closing moments we see Thor hazing Carol Danvers, by summoning Stormbreaker as he stands right in front of her. When it arrives, naturally she doesn't flinch, and after a brief moment Thor grins, announcing "I like this one." Not that there was ever any doubt, but it seems she is now an Avenger. 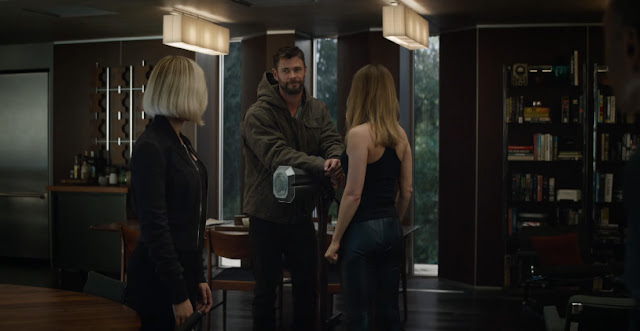 This is the type of trailer I like. We have seen snippets of what is to come, but we don't have answers. Marvel is well known for being sneaky with their trailers, so we can't trust everything we see. But what we are seeing looks fantastic. It's interesting to note that there's still no sign of the Hulk, maybe he's looking to make a big entrance. The other major player missing from this trailer is Thanos, I wonder what the Mad Titan has in store for Earth's mightiest heroes. Not long to wait now! I think it's fair to say that I didn't think I could be any more excited for Avengers: Endgame than I already am...I was wrong. 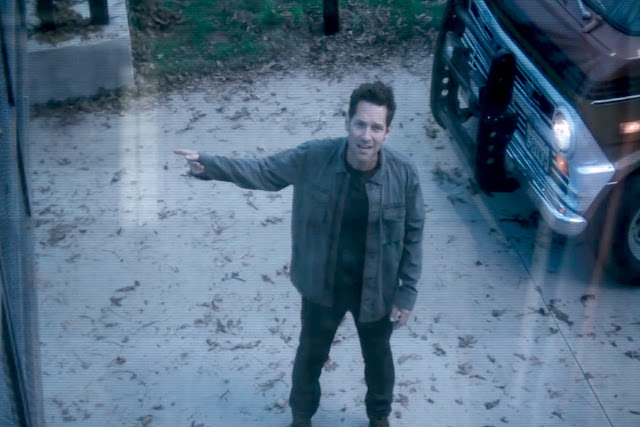 What did you think of the second trailer for Avengers: Endgame? Let us know by leaving a comment below or find us on Facebook and Twitter. You can also email us at moustachemovienews@gmail.com