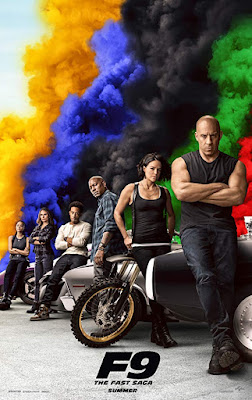 The first trailer for Fast & Furious 9 has landed, and as you'd expect it looks more insane than the last instalment... if that's possible. If you haven't seen the trailer, check it out below.

It all starts with Dom (Vin Diesel) and Letty (Michelle Rodriguez) living on a farm, having traded their fast cars for the quiet life in order to raise little Brian. But trouble is always around the corner, and once again Dom will have to put his crew of super secret agent drivers back together, to face a new foe, and an old one too. Get ready for a lot of conversations about "family".

This is where the issues begin with this trailer. I'm not talking about the ludicrous nature of Fast & Furious and the way it plays fast and loose with the laws of physics. No, I'm referring to the fact that it's loaded with spoilers. We're introduced to Jacob (John Cena) - the movie's big bad - who Roman (Tyrese) describes as a "master thief, assassin, high performance driver", which is quite a resumé!﻿ It becomes apparent very quickly that Dom and Jacob have some sort of rivalry. But instead of maintaining some sort of mystery surrounding said rivalry, it's announced almost immediately that Jacob is Dom's brother. Now I know it's not just a Fast &Furious thing - they just about managed to keep Dom's motivation for turning on his family in Fast 8 under wraps - it's a Hollywood thing, but why do they feel the need to spoil movies in the trailers? 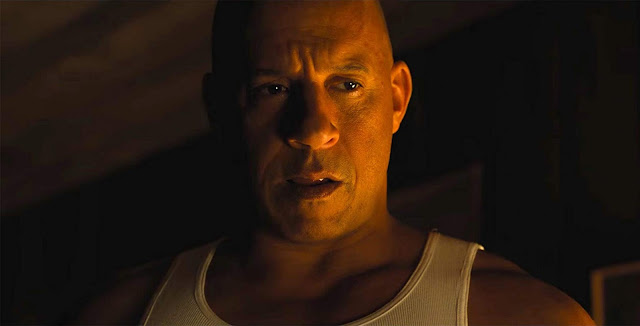 As well as Jacob's familial connection, the trailer also reveals the return of a long thought lost character: Han (Sung Kang). Yes it seems he's not dead after all, although we still don't know how he got out of that burning car in Tokyo, maybe they're saving that for the movie. Again, why did they have to spoil that in the trailer? But does that mean we can stop hating Deckard Shaw (Jason Statham)? #JusticeForHan

Obviously there's lots of car-foolery, lots and lots of high performance cars and military vehicles doing the absolutely insane. This includes a chase involving a Deadpool 2-esque armoured transport and some Dodge Charger vs. Ford Mustang action. No doubt a tribute to the Steve McQueen classic 'Bullitt', except this time the bad guy is driving the Ford. The two cars battle it out in what looks to be one of the movie's bigger set pieces, as they charge towards a cliff. But instead of leaving things on a cliff-hanger (pardon the pun), the action is spoiled. The Mustang is picked up by what Tej (Ludacris) describes as a "magnet plane", and the Charger somehow manages to Indiana Jones it's way from one island to the next using a cable from a broken bridge... because physics. 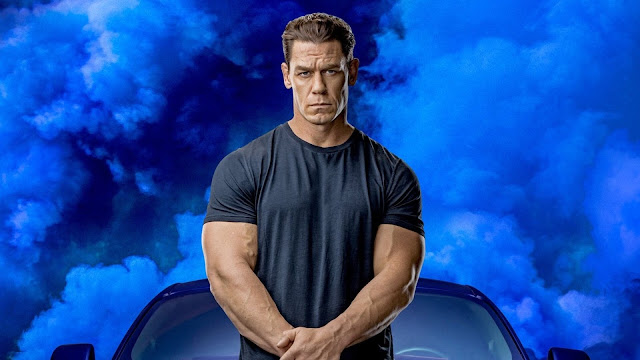 Sung Kang isn't the only F&F veteran returning to the fold, Justin Lin returns as director, Charlize Theron reprises her role as Cipher, and Jordana Brewster is back as Mia. It's unclear at this point why or how Mia is returning, maybe Brian (the late Paul Walker) is at home with the kids while she helps out the team. Maybe Jacob paid his sister and her family a visit before going after Dom. Who knows? There were even rumours circulating of Brian's return, could we see something akin to Peter Cushing's return in Rogue One?

What is evident from the trailer is that this franchise, and all those involved in it are still taking themselves way too seriously. I mean, we're still not getting Fast & Furious in space! Something we clearly all wanted. I know someone who will be particularly disappointed by that. All that insane action and over-the-top storylines and the cast still don't look like they're having fun, unlike their co-stars in Hobbs and Shaw. Director David Leitch took the franchise's signature style and made it fun. Hobbs and Shaw bickered their way to victory, they even had good banter with Idis Elba's enhanced villain. I know there's some animosity between Dwayne Johnson and some of the regular cast, but that doesn't mean they can't learn something from their former friend. Click here to check out my review of Hobbs and Shaw.

Regardless of how good this trailer is, Fast & Furious 9 will undoubtedly top box office charts, possibly even crossing the $1 billion mark like Fast 8. The movie does feature some fantastic cars and Justin Lin will no doubt dial the action and excitement up to eleven, I just wish it wouldn't take itself so seriously... and maybe put a limit on the number of times the word "family" is used.

What did you think of the first trailer for Fast 9? Leave a comment below or find us on Facebook and Twitter. You can also email us at moviemoustache@gmail.com