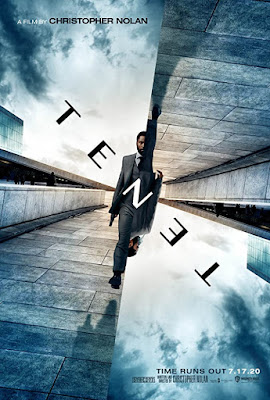 The new trailer for Tenet has landed and it's mind-bending! If you haven't seen it yet, or you just want to watch it again, check it out below:﻿

As you'd expect, we still don't really know much, other than the movie looks awesome. If it helps here is the official synopsis:

"Armed with only one word -- Tenet -- and fighting for the survival of the entire world, the Protagonist journeys through a twilight world of international espionage on a mission that will unfold in something beyond real time."

The first thing I think of when I watch this trailer is a certain line from Inception; "you mustn't be afraid to dream a little bigger darling." I think this is basically Christopher Nolan's mantra, the words he must live by - or at least applies to his work. Nolan is a writer/director who's great across the board. He can do action, drama, tension, emotion, good characters, and he does it all very well. With Tenet there's definitely an element of WTF?! to proceedings. Could Tenet exist in the same world as Inception? That would certainly explain a few things. Some of what we see in this trailer is insane, that car chase being a perfect example. It's something that you'd expect to see in a Matrix movie. 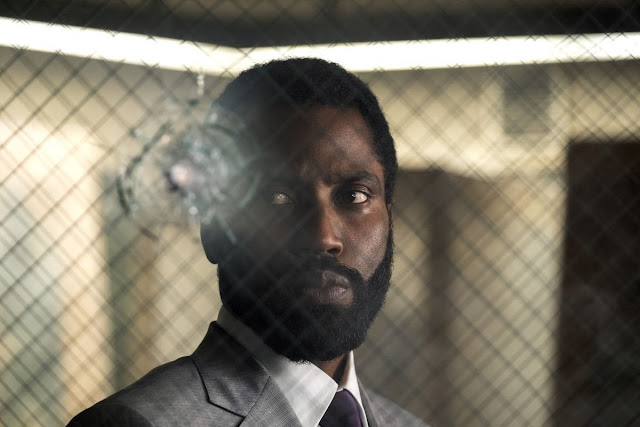 Tenet is definitely going to demand your full attention! There's talk of something called "Inversion"; the ability to make time go backwards. That's a mind-boggling concept all by itself, imagine having to investigate it, never knowing when and if it's going to happen. How do you even know where to start with something like that? Or is that the point? Washington's character certainly seems to go through hell trying to figure it all out! I wonder if Nolan has gone into the science of Inversion, something like Interstellar, or if he's kept it ambiguous like Inception - probably the latter. We're lead to believe that Kenneth Branagh's Russian villain is behind all of this, but we have no idea how or why. Right now, the only thing that's clear is that Branagh resembles his character from Jack Ryan: Shadow Recruit; Viktor Cheverin. I'm hopeful that upon viewing the movie, this new character will be far more interesting than that. 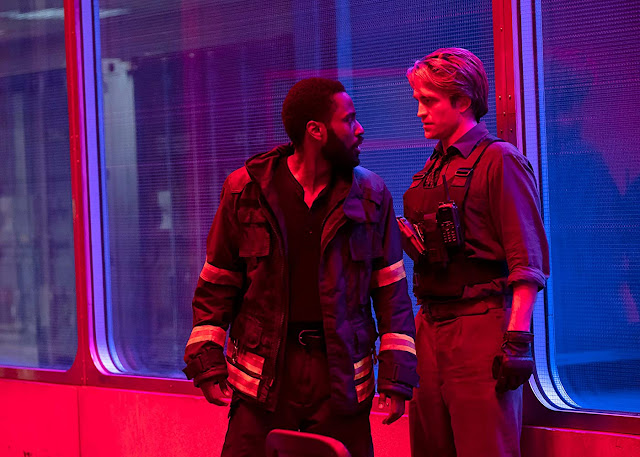 Speaking of casting, Nolan doesn't disappoint. There are some fantastic names here, including the aforementioned Branagh. John David Washington - who has his father's talent for acting - once again makes a compelling lead as the unnamed operative who has to deal with... whatever the hell is going on. Working alongside him is Robert Pattinson, whose character seems to be the more fun out of this dynamic duo. Seeing Pattinson here, you realise what a perfect Bond, James Bond he would make - not to mention Bruce Wayne. And supporting them are a whole host of great actors (in mostly unknown roles) including Elizabeth Debicki, Aaron Taylor-Johnson, Clémence Póesy, Himesh Patel, Martin Donovan, Andrew Howard, and lets not forget Nolan's lucky charm... Michael Caine.

Even with such a complicated story to tell, it's good to see that Nolan isn't skipping on the action. We've already mentioned the car chase, which looks to be one for the books with cars essentially un-flipping themselves, much to the shock of Washington and Pattinson. Then there's that shootout in the Ukrainian Symphony Hall, several factions are seen in conflict - literally climbing over audience members to get at each other. I've also never seen someone attempt to infiltrate a building using bungee cords, something I'm sure that was incredibly hard to film. Of course this wouldn't be an action movie without a few explosions, in this case one big one that involves crashing a plane into a building. I especially like the cheeky way that Pattinson describes this. But the most interesting piece of action comes with the two leads surveying a scene of destruction, only to discover it happened to them... and it hasn't happened yet.

With a movie like this, the mystery surrounding it can be as intriguing as the movie itself. Much like Washington's character, our initial introduction to this movie was it's title, and nothing more. And with every snippet we've received since, Tenet has only got more intriguing. This really is the best way to promote a movie; draw us in with as little as possible, but make sure what you do give us is epic.

A movie like Tenet really should be experienced on the big screen. In the current situation in which we find ourselves, we can only hope that we get to do so.

What did you think of the latest trailer for Tenet? Leave a comment below or find us on Facebook and Twitter. You can also email us at moviemoustache@gmail.com.