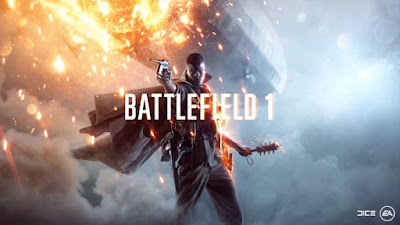 DICE are back where they belong, developing the new Battlefield game. Battlefield 1 could be the first significant video game set during The Great War. Now, you may wonder how I wound up talking about a video game. Or, maybe not. Maybe you wonder why you're reading this blog in the first place. The point is, I don't see another goddamn moustache, so pipe down! 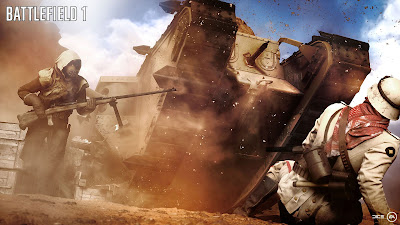 When it comes to first person shooters, it seems there are two types of people:
I am very much the latter. Call of Duty used to offer an interesting single player, whereas Battlefield was all about the multi-player. My interest in Call of Duty died upon completion of Modern Warfare 3, after that...well, mediocrity springs to mind. The developers have become obsessed with the future warfare theme, starting with Black Ops 2. Something that's becoming increasingly unpopular with fans. Battlefield on the other hand, has consistantly improved upon their multi-player mode, both visually and in what the player is able to do. DICE even had a go at creating a single player campaign, be it with mixed success. Although Bad Company and Bad Company 2 were hilariously entertaining. 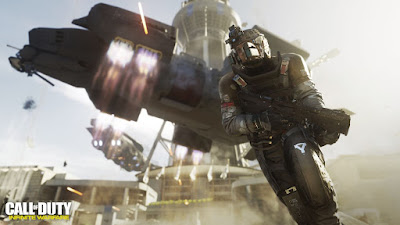 Battlefield started with Battlefield 1942. Players fought for control of spawn points spread over the map (Conquest mode) in environments based on the major battles of World War 2 in the Pacific, Europe and North Africa. 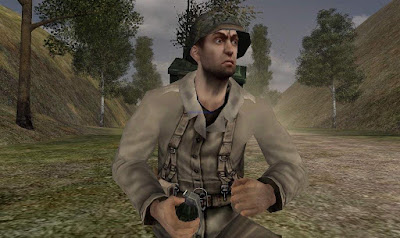 US Soldier with a grenade in Battlefield 1942

After that came Battlefield Vietnam which added an excellent soundtrack and did for the Vietnam war what 1942 did for World War 2. 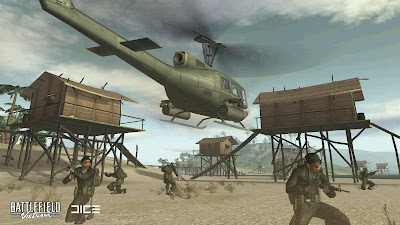 Battlefield 2 brought the game into modern day, dropping players into a fictional conflict between the US, China and the fictional Middle East Coalition (MEC). US Soldiers in Battlefield 2

DICE then chose to experiment with future warfare in Battlefield 2142 in which the European Union (EU) and the Pan Asian Coalition (PAC) go to war during a new ice age. 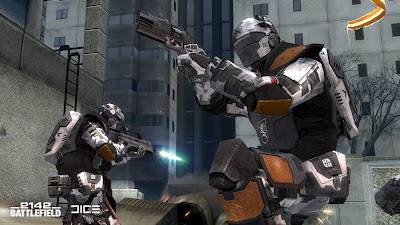 With their next game, DICE returned to present day and included a single player campaign. In Battlefield: Bad Company you play as Private Preston Marlowe, the newest member of Bad Company - the place where the US Army puts idiots and fuck ups. Dangerous or downright suicidal missions go to Bad Company when military leaders don't want to risk losing Special Forces (they're valuable and expensive to train). You and your team mates: Sergeant Redford, Haggard and Sweetwater go off the reservation during a war with Russia in search of gold. The story is inspired by the Clint Eastwood movie Kelly's Heroes. In the multi-player, two teams could fight to protect or destroy crates of gold in Rush or fight for control of spawn points in Conquest. One of the major selling points of this game was destructible environments, including vehicles, buildings, the ground and vegetation.

Our four unlikely heroes return in Bad Company 2; same conflict but no gold. Preston, Sergeant Redford, Haggard and Sweetwater must travel the globe in order to prevent a Japanese weapon of mass destruction from World War 2 falling into Russian hands. The multi-player comes with improved controls and new game modes. it also became possible to completely destroy buildings, leaving nothing but a pile of rubble. 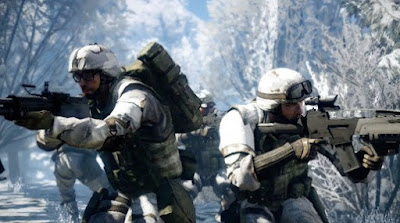 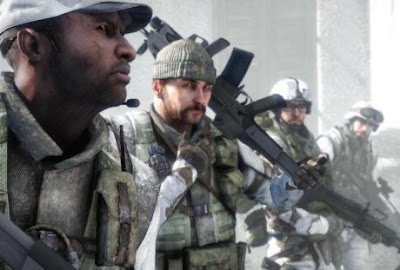 Battlefield 3 and 4 dropped the humour of Bad Company. Sticking with the USA vs Russia, both suffered with boring single player campaigns, however the multi-player modes were anything but. The next gen consoles have allowed for more expansive maps capable of hosting up to 64 players. Commander mode returned from Battlefield 2142, now available through a downloadable app on your tablet. The app allowed players to use their tablet as a second screen and to take part as a Commander when they are away from their console or computer. 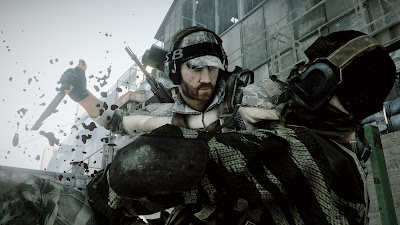 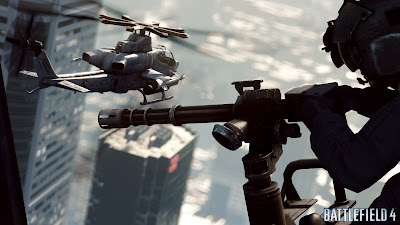 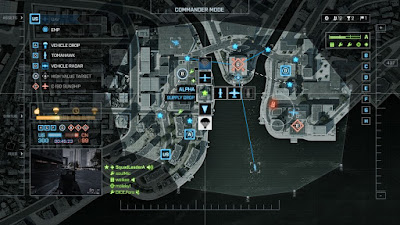 Whilst developing Star Wars: Battlefront, DICE teamed up with Visceral Games to develop Battlefield: Hardline. Instead of sticking with a military/war theme, Hardline focused on the war on crime. The single player was a boring, ridiculous cliche; scanning evidence with a phone, arresting and abandoning every enemy you encounter, making arrests as a fugitive convict (wrongly convicted of course). The multi-player was dull at best; poor vehicle control, unlocking weapons and kit only to find out you didn't have enough points to purchase them, levels that were boring and either too big or too small. Having played Hardline for a short while I went back to Battlefield 4. 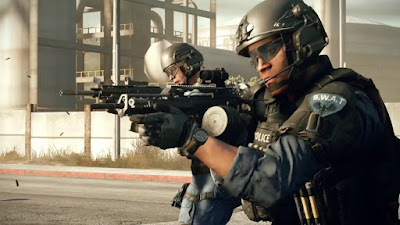 On the 6th May - to the soundtrack of The Glitch Mob's remix of "Seven Nation Army" by The White Stripes - DICE unveiled their latest game...Battlefield 1. Named so because the team behind Battlefield consider The Great War to be "the dawn of all-out warfare". According to EA DICE Creative Director Lars Gustavsson "we saw four great empires vanishing, a new world was born"."It was a time more relevant to us than many are aware of". The release trailer already has over 25 million hits on YouTube, in fact it's the most liked trailer of all time. Call of Duty: Infinite Warfare's release trailer didn't have quite the same effect; it's apparently the most disliked trailer on YouTube, more hated than the Ghostbusters reboot trailer. Granted that's not an official poll, but it doesn't look good for Call of Duty, fans are not happy with the future setting and the fact that you can't buy the Modern Warfare remaster separately. 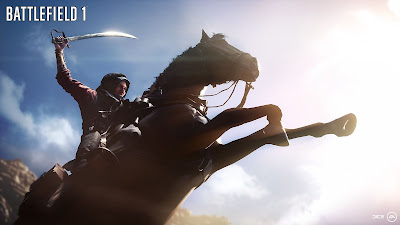 Battlefield 1 will feature squad based gameplay on maps supporting up to 64 players, based on locations including the Western Front, Arabia and the Alps. According to designer Daniel Berlin, gameplay is significantly more difficult if you don't join a squad. As with previous editions players can control various vehicles, tanks, battleships and aircraft, and have access to period weapons including rifles, machine guns, artillery, flame throwers and mustard gas. Melee combat has been developed, weapons are divided into two groups: heavy and light. New weapons include sabres, trench clubs and shovels. Players will witness trench warfare and get to ride horses into battle, all on destructible environments. The trailer hints at Zeppelin attacks, although the Zeppelins may just act as spawn points for players and vehicles like aircraft carriers have done before. We don't yet know if parachutes will be available in Battlefield 1. Berlin says the single player campaign involves several playable characters and will feature larger, more open environments with options in terms of how to complete levels. 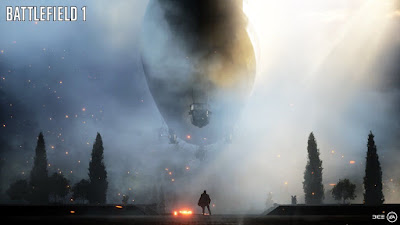 With a visually impressive, fast paced reveal trailer, DICE look to be back on top form with the latest instalment in the Battlefield franchise. We'll have to wait until the 21st October to find out. No doubt DICE will tease us with snippets between now and then, but the more I think about it the more excited I am to play Battlefield 1, and judging by the YouTube stats I'm not the only one. As it stands, I think some people at Activision might be starting to worry! 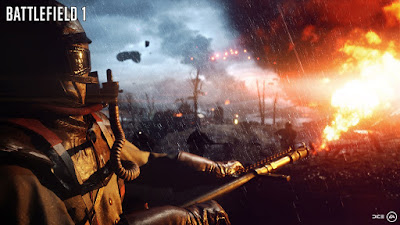