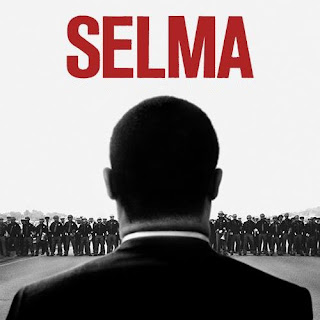 Selma tells the story of Martin Luther King Jnr. and his involvement in the 1965 Selma to Montgomery voting rights marches. The movie stars David Oyelowo as Martin Luther King Jnr., Tom Wilkinson as President Lyndon B. Johnson, Common as James Bevel (the organiser of the marches), Tim Roth as Alabama Governor George Wallace and Carmen Ejogo as Coretta Scott King. Oyelowo's performance is excellent, you can really see how hard he worked to capture King's essence. Not only does Oyelowo sound like King, he brings his gravitas and the weight of his words to the screen. Unfortunately King's speeches had to be rewritten for the movie because the Martin Luther King Jnr. estate had licensed the movie rights to his Civil Rights speeches to Dreamworks and Warner Bros. for an as yet unproduced biopic. Director Ava DuVernay﻿ wrote alternative speeches that are said to evoke the historic ones without breaching copyright. 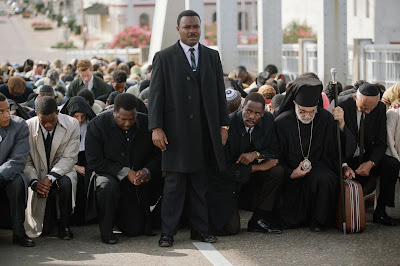 Selma has been praised for its accurate depiction of what African Americans suffered in their fight to truly gain their rights as citizens of the United States of America. The violence and aggression they faced not only at the hands of other citizens but by law enforcement as well, is astounding and shocking to watch. The level of violence in the movie is necessary without being gratuitous. The State Police were used to brutally intimidate people in an attempt to prevent the marches from happening. The historical accuracy of the movie however, has been criticised. Especially the portrayal of President Lyndon B. Johnson as reluctant on the matter of civil rights. President Johnson has been described as "a champion of civil rights legislation and a proactive partner of King". Andrew Young, an activist with the SCLC played by Andre Holland in the movie said the depiction of the relationship between Johnson and King "was the only thing I would question in the movie". Young described their relationship as mutually respectful and that King respected Johnson's political problems. In the movie President Johnson is shown signing an order authorising the FBI to monitor King and other members of the Southern Christian Leadership Conference (SCLC). In reality it was US Attorney General Robert Kennedy who signed the order, and he did so before Johnson took office. Kennedy believed one of King's advisors to be a member of the American Communist Party. Ava DuVernay defended these inaccuracies saying the movie is "not a documentary. I'm not a historian. I'm a storyteller." 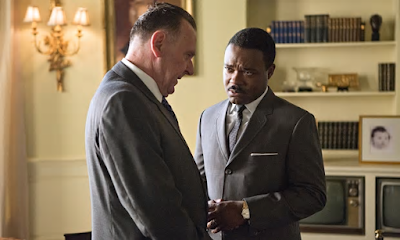 Despite its inaccuracies, Selma is still a fitting tribute to King and all those who suffered in the pursuit of their right to vote. Richard Roeper of the Chicago Sun Times described Selma as "an important history lesson that never feels like a lecture". This movie does go a long way to show how far the human race has come in terms of equality and it will continue to do so for generations to come. 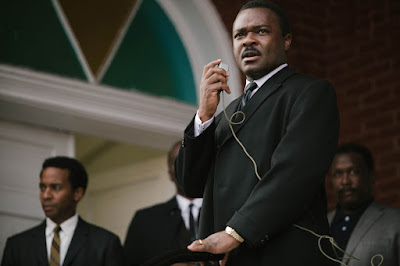