My favourite literary character is returning to the big screen this October, and the first trailer has finally arrived. Jack Reacher: Never Go Back picks up with the nomadic former Military Policeman four years after the first movie. Reacher (Tom Cruise) returns to his old unit to meet the new commanding officer, Susan Turner (Cobie Smulders). On arrival he discovers he's wanted for a 16 year old homicide and Turner has been arrested for espionage.

Never Go Back is based on the novel of the same name which is the eighteenth book in the series. In the books the story is part of an arc that spans four books, Reacher first makes contact with Susan Turner in "61 Hours" (book 14); whilst investigating the murder of a police officer and protecting a witness he contacts his old unit looking for information. Speaking to Turner on the phone, Reacher decides he'd like to meet her so he begins making his way to his old base in Rock Creek, Virginia. Books 15 and 17; "Worth Dying For" and "A Wanted Man" are all about the trouble Reacher gets into on the way to Virginia. "The Affair" (book 16) is about Reacher's last case before he left the military and isn't part of the story arc. 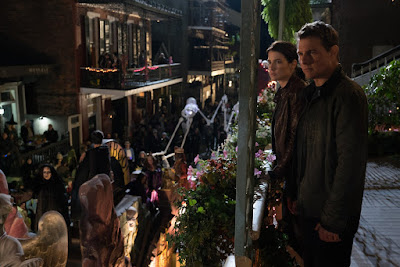 The trailer is a good mix of story set up and action, hinting at how Reacher knows Turner and the odds stacked against them. Before she's arrested, Turner was conducting an investigation when some of her men are killed. In order to figure out what's going on Reacher and Turner have to go on the run with the US Army and possibly others on their trail. But who's better at disappearing than Jack Reacher? 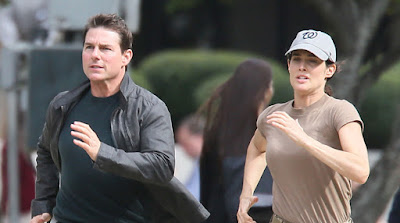 The biggest complaint about the first movie was Tom Cruise and the fact that he doesn't look anything like the Reacher from the books. Lee Child describes him as six foot five inches tall, 210 - 250 pounds with scruffy blonde hair. But I think he does a good job of bringing the character to life, there's more to a person than height, weight and hair colour. Reacher is also by his own admission not the best driver, but both movies involve action packed car chases. Sometimes changes have to be made when adapting a book into a movie. Jack Reacher made over $200 million worldwide giving Cruise another chance to convince all the naysaying fans A.K.A. "Reacher Creatures" that he can bring Reacher's presence to the big screen without the height. 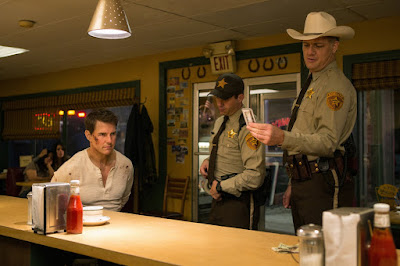 Jack Reacher: Never Go Back hits cinemas on 21st October. What do you think of the trailer? Did you enjoy the first movie? Leave a comment below or find us on Facebook and Twitter. 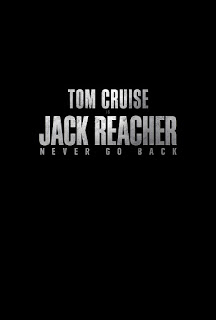