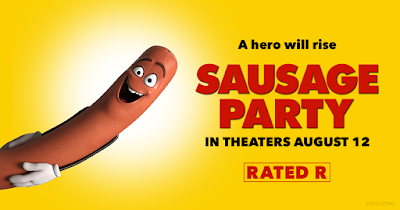 The supermarket becomes a parody for real life in what could be Seth Rogen and Evan Goldberg's most extreme and yet intelligent movie to date. Sausage Party is laugh out loud funny throughout, but with the comedy comes a sort of over head view of the world we live in, as well as all of the swearing drug, alcohol and sex references we've come to expect of a Seth Rogen movie. The movie could be just as controversial as Rogen and Goldberg's The Interview, but where that was a very stupid story that depicted a current, real, live dictator and his (fictional) assassination, Sausage party takes the South Park approach...everyone and everything is fair game! 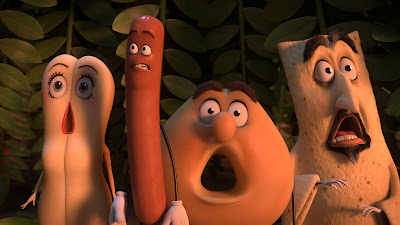 Sausage Party is set during the days leading up to the July 4th celebrations, hot dogs Frank (Rogen), Barry (Michael Cera) and Carl (Jonah Hill) as well as Franks' girlfriend, a hot dog bun named Brenda Bunson (Kristen Wiig) are all looking forward to being purchased so they can travel to the "Great Beyond". But a chance meeting with Honey Mustard (Danny McBride) - a returned product - who hints at the horrors that await them in the Great Beyond, starts Frank and his friends on a journey that causes them to question everything they have come to believe. Joining them on that journey are Sammy Bagel Jr. (Edward Norton), Kareem Abdul Lavash (David Krumholtz) and Teresa del Taco (Salma Hayek). 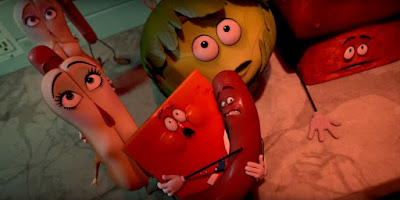 This is essentially a Pixar movie for adults, chock full of references to real life situations and movies like Saving Private Ryan, Stargate, Jurassic Park and Terminator 2: Judgement Day. Nothing is safe from ridicule including religion, Pixar, the Israel/Palestine conflict, even Professor Stephen Hawking and especially...food. Sausage Party could be described as an animated, action, adventure, comedy, horror, road trip movie. But it was made for a fraction of the cost of a Pixar movie, according to IMDb Finding Dory had an estimated budget of $200 million whereas Sausage Party's budget was $19 million. Granted the CGI isn't up to Pixar standards but the movie still looks great and boasts a star studded cast including Bill Hader, James Franco, Craig Robinson and Paul Rudd. It's an extremely funny and intelligent look at the world we live in and well worth the price of a cinema ticket! 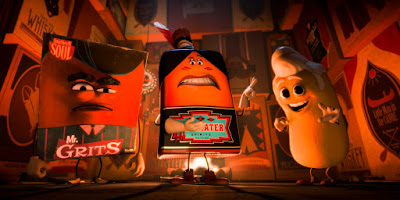 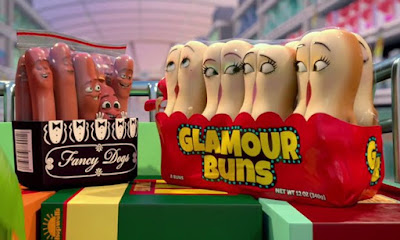