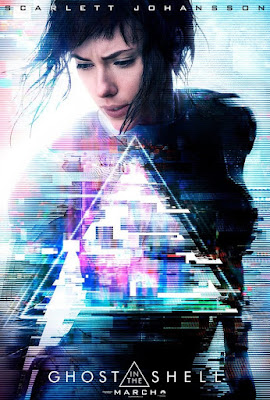 Scarlett Johansson stars as the Major in Ghost in the Shell, based on the manga series of the same name. In a world where most humans are cybernetically enhanced, Major is the next step - a human brain in a robotic body. She's part of a counter terrorism team known as Section 9. When Hanka Robotics executives are murdered and their brains hacked, Section 9 find themselves on the trail of a mysterious hacker known as Kuze (Michael Pitt). 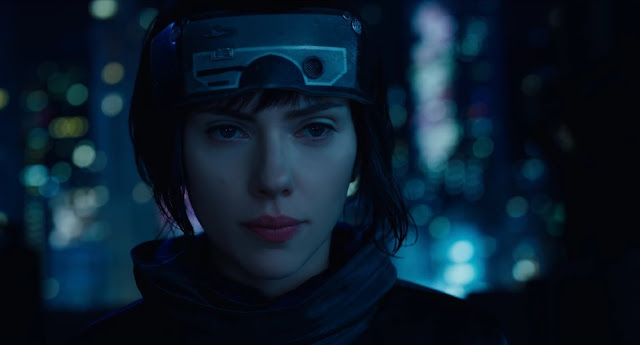 Before I get into the review I must point out that I've never seen the 1995 original or any of its sequels/spin-offs, I can't say what has changed and what has been lost in the transition from anime to live action. I do know that the remake borrows story points from across the franchise. To me, Ghost in the Shell feels like Blade Runner meets RoboCop. A cyborg cop policing a dystopian future, hunting robots, cyborgs and humans, all while trying to understand their place in the world. The visuals are very impressive, Director Rupert Sanders (Snow White and the Huntsman) found the right balance between practical and computer generated effects. From the incredible - Blade Runner-esque - cityscapes and fast paced action, to the cybernetic implants and Major herself. The characters populate a diverse and immersive world that I would like to see explored further. 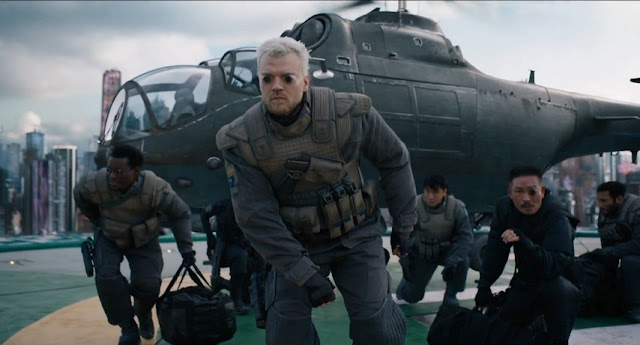 Even though the inspiration taken from classic sci-fi movies is clear to see, Ghost in the Shell does feel fresh in its take on the dystopian future. Sanders has assembled an interesting and multi-cultural cast. This is something that works well given that they exist in a world where countries have been redrawn. The story is very much about Major, who she is and where she comes from. Johansson does a great job portraying a character whose job gives her purpose but feels lost in every other aspect of her life. The problem is, Sanders doesn't give the rest of the team enough to do. For me, the ending could have benefitted from more action and a faster pace as well. 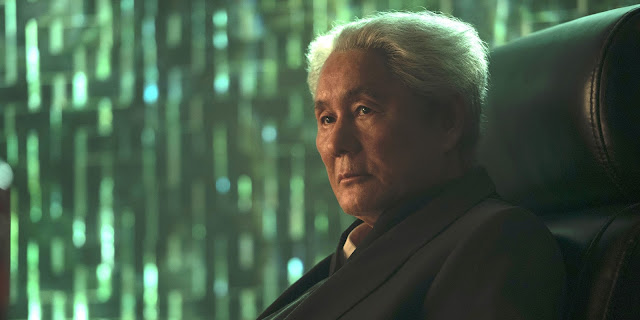 Ghost in the Shell was marred by controversy from very early on. The first images of Johansson were met with a massive online backlash regarding Hollywood whitewashing, something that surprised Japanese fans. Mamoru Oshii - director of the 1995 anime - visited the set and said Scarlett Johansson exceeded his expectations for the role. Despite this, the backlash has had a negative effect on critical response and box office takings. 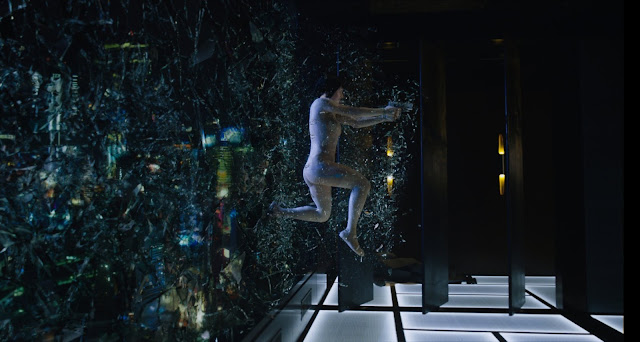 Our lives are constantly changing because of technology, but when does technology stop changing our lives for the better? That question is the basis of Ghost in the Shell. Now I'm not saying the movie answers that question, but it is an interesting look at where we could be headed. Beyond that it's a fun, action packed movie full of good performances and stunning visuals. There are a couple of story elements carried over from the anime that felt like fan service and either unnecessary or ridiculous. However, despite negative reaction I would like to see more of Major and Section 9.
7/10 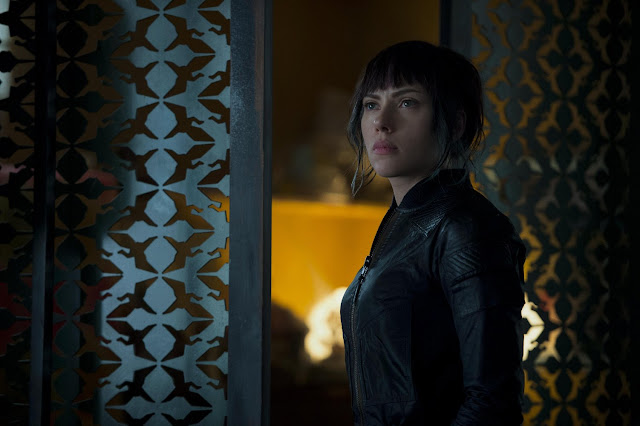