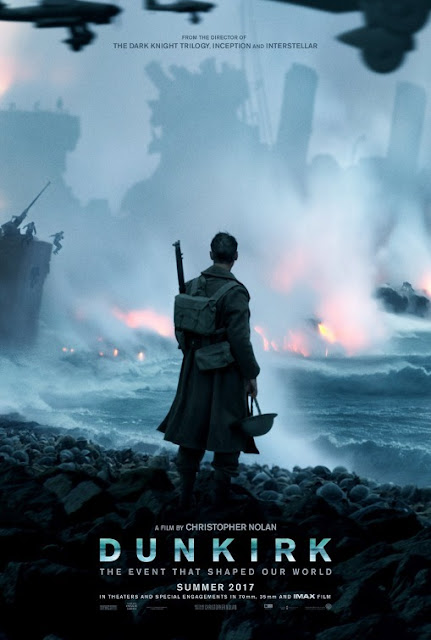 The story of Operation Dynamo - the evacuation of 338,000 British and French troops from France - is brought vividly to life in Christopher Nolan's 'Dunkirk'. Told from the point of view of the men on the beach (1 week), the crew of one of the civilian boats that aided in the evacuation (1 day) and the pilots of the RAF trying to protect them from the Luftwaffe (1 hour), 'Dunkirk' is an intense experience from beginning to end. And the tension only increases as the storylines begin to intersect. 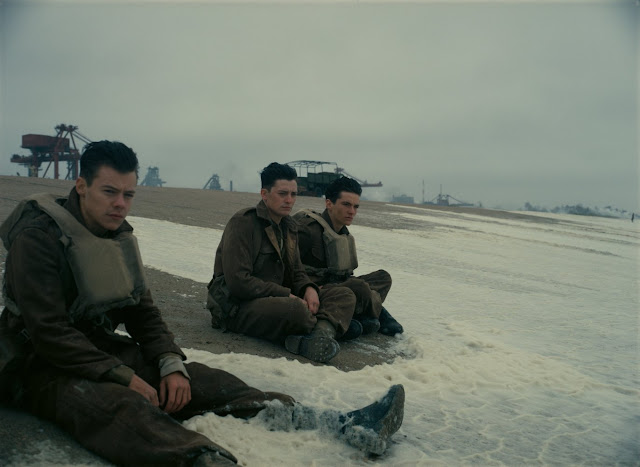 What's most impressive about 'Dunkirk' is the intensity. Nolan switches it on as soon as the movie starts and despite a few brief moments of calm, keeps the pressure on the entire time. He wanted the audience to experience the pressure that all those involved in the operation, were under. 'Terrifying' is a word that springs to mind! Simple things like the ticking clock woven into the soundtrack (a recording of one of Nolan's pocket watches) only serves to amplify this. Which certainly explains the shorter run time than almost every other Nolan movie, any longer and people would start to go mad! 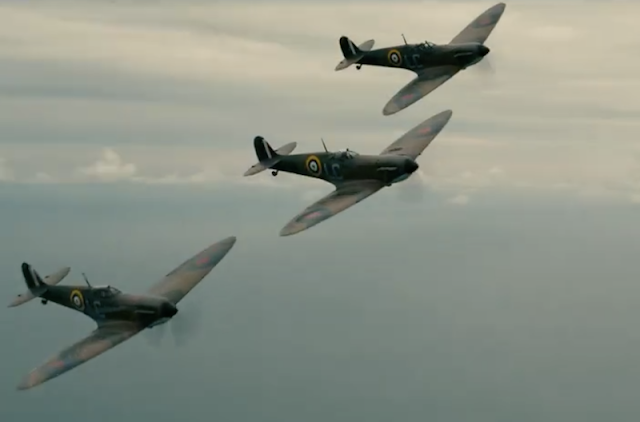 Despite being his first movie based on a real event and his first war movie, Nolan approached 'Dunkirk' in very much the same way he does all of his movies. For one thing, as much of the movie as possible was filmed practically. It really does make a difference knowing you're watching real spitfires engaging in simulated dog fights over the English Channel, rather than CGI. Many scenes were filmed on location in Dunkirk, the wooden parts of the Dunkirk mole were rebuilt, a real destroyer was used, as were "little ships" that took part in the real operation. Clearly this hard work has paid off because veterans have stated that watching this movie was like being back there, although the movie's depiction of the Stuka dive bombers was apparently louder than the real thing. 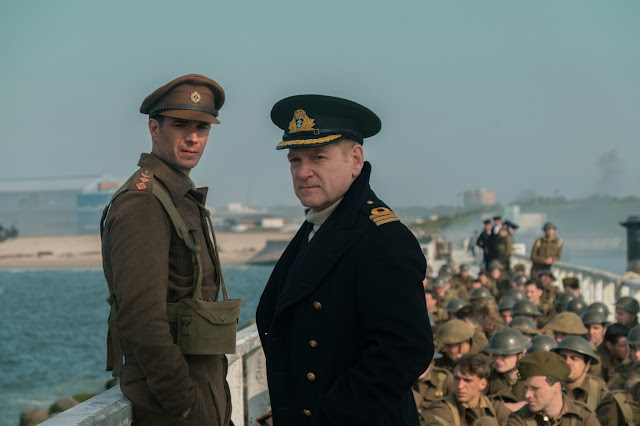 The use of relatively unknown actors to portray the relatively inexperienced soldiers of the British Expeditionary Force (B.E.F.) was a stroke of genius. Nolan has compared casting Harry Styles to casting Heath Ledger as the Joker for The Dark Knight, and despite expectations, I am pleased to say that Styles didn't fuck it up. Throughout, the young cast don't have much to say, not that they need to, they're silent performances beautifully portray the fear and anxiety they're characters are experiencing. Aneurin Barnard's performance as 'Gibson' is particularly impressive. If the unknown actors are the inexperienced Privates, then the veteran actors are their leaders. They play men of experience, the ones who are going to get as many men home as possible, or at least try. This casting works well, you can picture these experienced actors advising the newcomers both in character and out.

In true Nolan style, the story isn't told in a linear fashion. The three storylines or points of view take place over different periods of time and eventually converge at a single point. It's thanks to this that we get to experience certain events from different perspectives. For example; a ship being bombed by the Luftwaffe, we get to see this from the point of view of the men on board, those on a neighbouring ship and a pilot in the air. Now this jumping timeline can get confusing, but I think it also aids what Nolan is trying to do. Rather than just make a movie about Operation Dynamo, Nolan is trying to create an experience for the audience, so they can understand what it was like to be involved in this event. For many of those involved, it would have been bloody confusing as to what's happening. In fact there were so many stories that differ so greatly coming out of this one event, that Nolan created amalgam characters in order to tell as many of these stories as possible.

In 1940 Winston Churchill had to remind the British people; "we must be careful not to assign this deliverance the attributes of a victory. Wars are not won by evacuations." As much as the operation had been a success, the allies had been delivered a crushing defeat in western Europe. Operation Dynamo was all about survival, living to fight another day! That is the approach Christopher Nolan has taken to telling this story, describing 'Dunkirk' as more of a survival movie than a war movie. Beyond that it's an incredible achievement in story telling, more than just a movie, it is an experience. And one I highly recommend you see on the big screen.
10/10 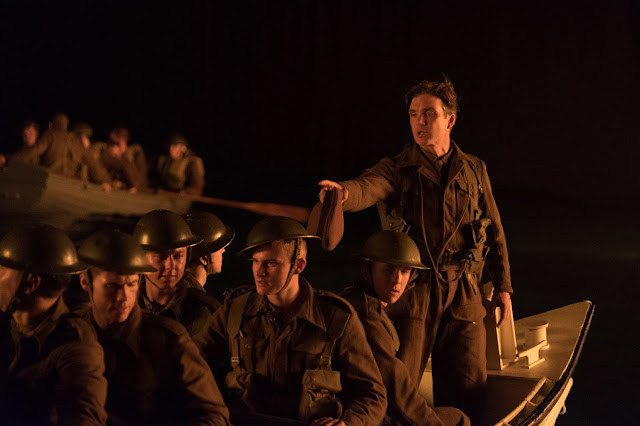 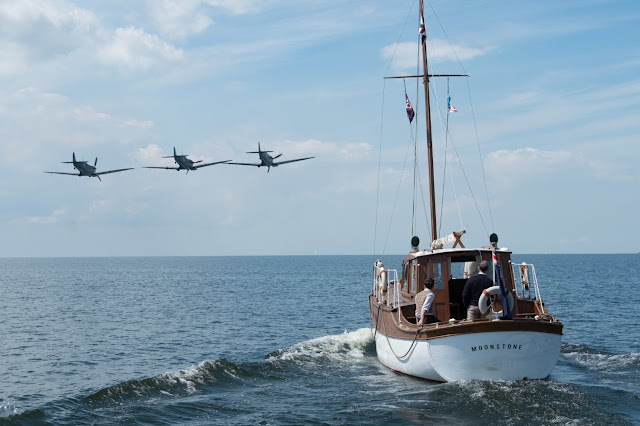