Did We Just Get Confirmation That Bullseye Will Be in Season 3 of Daredevil? 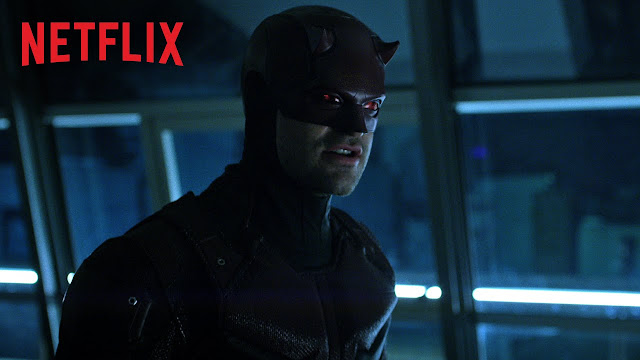 With season 3 of the Marvel/Netflix show set to land later this year, did we just get confirmation of an appearance by one of Daredevil's most notorious enemies? The last time we saw "The Man Without Fear" he woke up in what appeared to be some sort of convent, that is after a building collapsed on top of him. There's no official word as of yet, but if actor Naqam Washington's Instagram post is to be believed, Wilson Bethel - who's currently credited on IMDb as "FBI Agent" throughout season 3 - will actually be playing Bullseye. 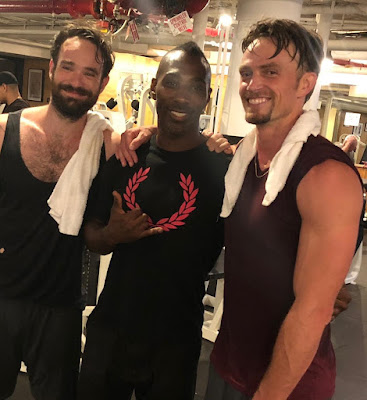 Washington﻿ posted the above picture of himself with Charlie Cox and Wilson Bethel on Instagram with the caption:

The boys training hard in the lab! Season 3 of Daredevil going to be crazy! #Daredevil and #Bullseye

Could this be some sort of misdirect on the part of Netflix? Maybe, although it's worth noting that images of a crew jacket for Daredevil season 3 appeared online a few months ago, featuring a Bullseye logo. And with season 2's low numbers and the failure of the team-up show The Defenders, Netflix may be pulling out all the stops to recapture the glory of Daredevil's first season. The fact that Vincent D'Onofrio is said to be reprising his role as Wilson Fisk, would certainly support this theory.

What do you think about Bullseye appearing in season 3 of Daredevil? Let us know in the comments below or find us on Facebook and Twitter. You can also email us at moustachemovienews@gmail.com