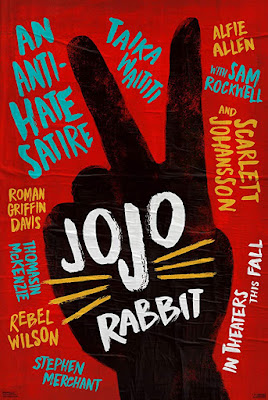 The new trailer for Jojo Rabbit is here, and it still looks like the maddest movie we've seen in a long time! If you haven't seen the trailer yet, check it out below:﻿

Lets face it, you see a child charging through the woods with a grenade whilst a rather eccentric looking man - with a funny moustache - frolics along beside him, all to the sound of Smash Mouth's "I'm a Believer" (in German of course), you know you're about to watch something special. Although the shot of the kid throwing his knife at a tree only for it to bounce back into his friend's leg is still one of the funniest things I've seen in film. But with this new trailer we're starting to see the more serious side to Taika Waititi's anti-hate satire (based on the book "Caging Skies" by Christine Leunens). 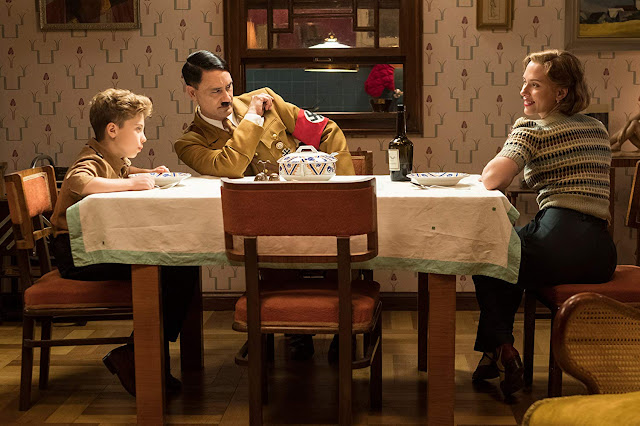 Jojo (Roman Griffin Davis) is just a lonely kid, one who desperately wants to belong, and in order to do so has bought into Nazism. But his struggles with the training he receives as a member of the Hitler Youth, not to mention his discovery of Elsa Korr (Thomasin McKenzie), the Jewish girl his mother is hiding in their house challenges everything Jojo has come to believe. It even tests his relationship with his imaginary friend, Hitler (a brilliantly unhinged Taika Waititi). 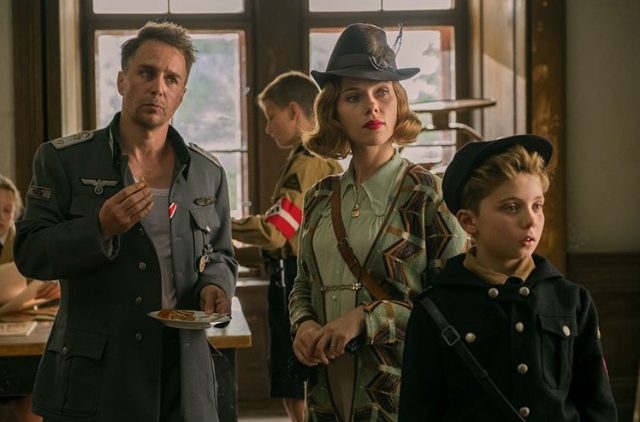 What really stands out in this new trailer are the performances. It's not easy to switch between and blend incredibly serious and incredibly funny. But Waititi appears to have done it, and he has put together a fantastic cast in order to do so. Roman Griffin Davis looks fantastic as the struggling Jojo, bouncing perfectly off of Waititi's imaginary Hitler, whilst also developing a bond with his supposed enemy, Elsa, who questions his allegiance to the Nazis. Even in the trailer Thomasin McKenzie's performance looks to be incredibly powerful. Undoubtedly these two figures will become the angel and devil on Jojo's shoulders. And the one person he can turn to is Scarlett Johansson, who looks to be on top form as Jojo's loving mother, Rosie. We can already see her struggles with her anti-Nazi beliefs and seeing her son's indoctrination into the regime. 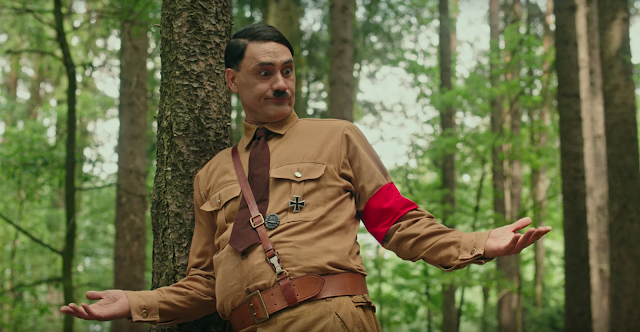 Sam Rockwell, Rebel Wilson and Stephen Merchant appear to be having a lot of fun in their respective roles, although I suspect there's a sinister side to Merchant's Captain Deertz that we haven't seen yet. But the real show stealer is young Archie Yates, who gives a wonderfully genuine performance as Jojo's friend "Yorki". Not only is he the kid who throws the knife that winds up in another kid's leg, he gives a great demonstration on how not to carry a Panzerschrek anti-tank weapon...with explosive results. 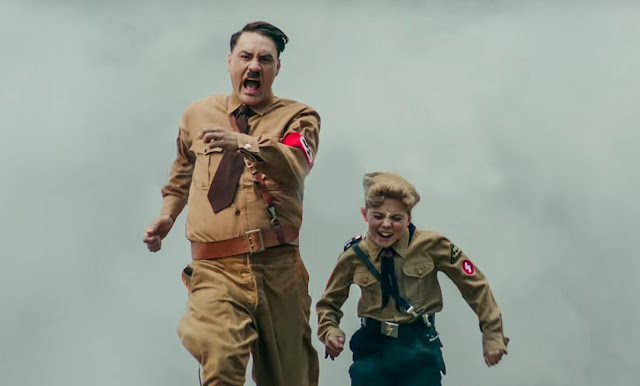 Jojo Rabbit looks to be a shocking and hilarious commentary on hate, and the detrimental effects it has on our society. Appropriate then that it's set during one of the darkest periods in modern history. It also promises to be one of Taika Waititi's funniest and most outrageous projects to date. 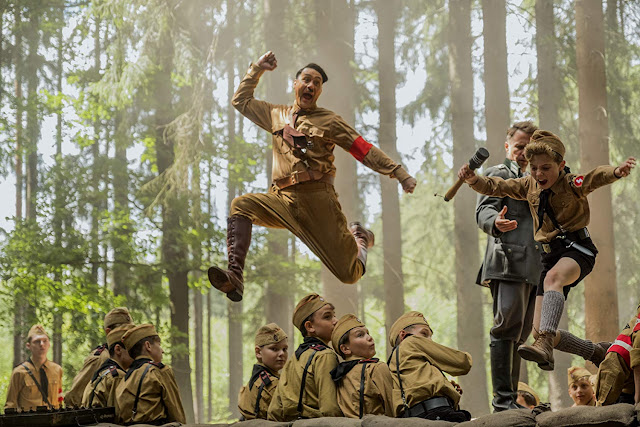 What did you think of the latest trailer for Jojo Rabbit? Let us know by leaving a comment below or find us on Facebook and Twitter. You can also email us at moviemoustache@gmail.com