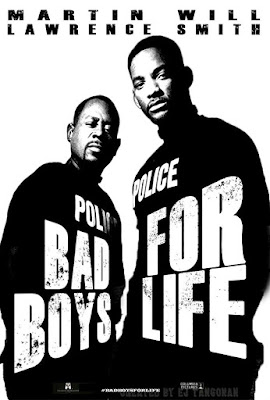 The first trailer for Bad Boys For Life is here, and it's filled with the type of carnage only Marcus Burnett (Martin Lawrence) and Mike Lowrey (Will Smith) can create. Taking over directing duties from Michael Bay are Belgian directors Adil El Arbi and Bilall Fallah. Will they be able to bring the "Bayhem"? Judging by the trailer, it would appear so. If you haven't seen the trailer yet, check it out below.

It seems that the boys are starting to show their years as they get ready to take on another major player in Miami's seedy underworld - said to be a drug cartel leader named Armando Armas and played by Jacob Scipio. The phrase "one last time" comes up a lot, and Burnett needs glasses. There's even talk of retirement, but will they actually hand in their badges? Who knows, but we have seen this type of talk before; Burnett was going to break up the partnership in Bad Boys 2, but he didn't. Apart from that, Burnett and Lowrey are fighting crime the only way they know how, by causing lots of destruction and arguing about it. The real selling point being the chemistry between Smith and Lawrence, which is still perfect after an almost 20 year hiatus.

But while Burnett is still looking to avoid the action and violence (not that that ever goes his way, and it's still not), it's Lowrey who appears to be looking to change things up. It seems he's starting to regret his bachelor lifestyle, judging by the look on his face at what appears to be the wedding (possibly for Burnett's daughter), anyway. Gabrielle Union - who reprised her role from Bad Boys 2 in the TV show "L.A.'s Finest" - doesn't appear to be returning, so could this be the source of his regret? Or at least one of them? 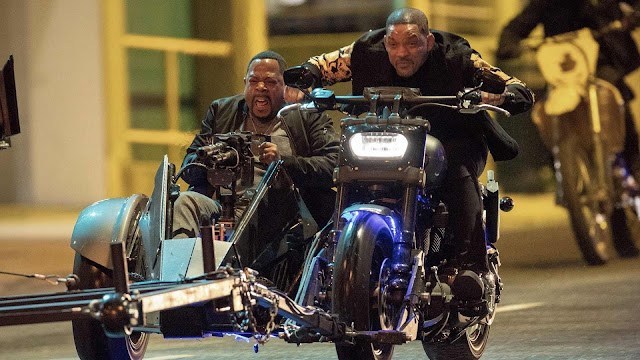 Joe Pantoliano and Theresa Randle are returning to their roles as Captain Howard and Theresa Burnett, although Randle doesn't appear in the trailer. Pantoliano's Captain Howard on the other hand does appear, and as expected he's not happy - no surprise really given his terrible moustache! As usual he's screaming and swearing over all the dead bodies and chaos created by two of his most troublesome detectives. Can some of the chaos be attributed to the new generation of young cops that the boys have to work with? Maybe, but there's only two cops who can sing the "Bad Boys" song, and that's Burnett and Lowrey! Apparently the lyrics "take a long time to learn", according to Burnett. 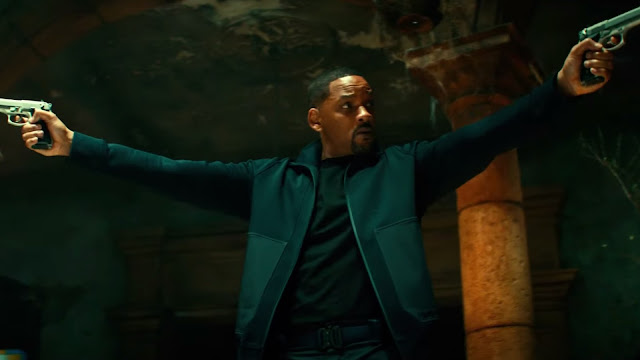 What else is there to say apart from that? It's the trailer to a Bad Boys movie, there's lots of gun fights, explosions, car chases and an interesting leap on to a ladder dangling from a helicopter. Lowrey is still driving flash cars, this time round he's back driving a Porsche, although they don't look as cool getting out of it anymore. Bad Boys For Life looks to be action-packed, over the top and funny as hell. What more can we ask for? 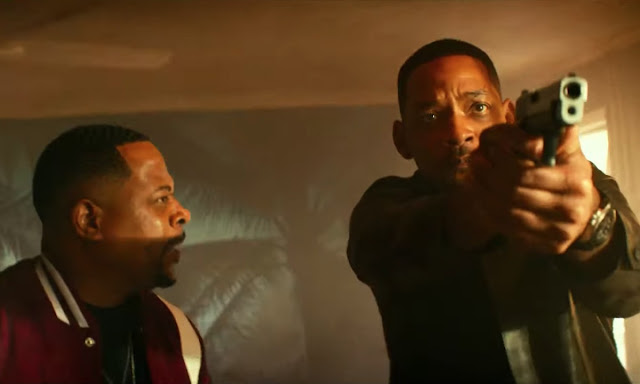 What did you think of the first trailer for Bad Boys For Life? Let us know by leaving a comment below or find us on Facebook and Twitter. You can also email us at moviemoustache@gmail.com