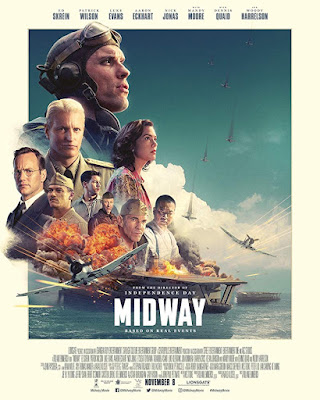 After the attack on Pearl Harbor, the Japanese looked to eliminate America's aircraft carriers in order to cripple their fleet. The plan was to attack the US base on Midway Island, drawing the US carriers into a trap. It is the battle that saw the beginning of a massive shift in naval power in the Pacific. 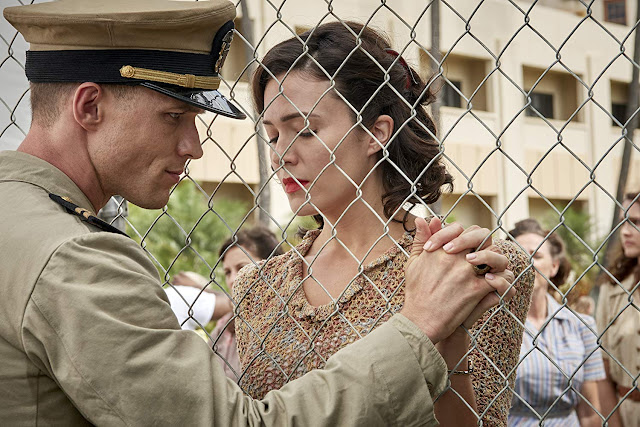 Roland Emmerich's re-telling of the Battle of Midway isn't quite as epic as you'd expect it to be. But on the bright side it is better than "Pearl Harbor" - the Michael Bay movie, not the battle - not that that's a major accomplishment. Known for his epic disaster movies - Independence Day, The Day After Tomorrow - Emmerich favours a slow build, allowing his audience to get to know the characters as he gradually positions them for the main event. With Midway, it's a brief history of the early days of the war in the Pacific. However, at times this can feel vague, like the movie is skipping over major details and lacking in context, leaving all but the history buffs fully aware of the situation. Early on, Dennis Quaid's Admiral Halsey expresses dissatisfaction at being late to a battle, whilst looking over the wreck of a half sunken carrier, but it's never explained that what we're looking at is the USS Lexington, and that we've just missed the Battle of the Coral Sea. 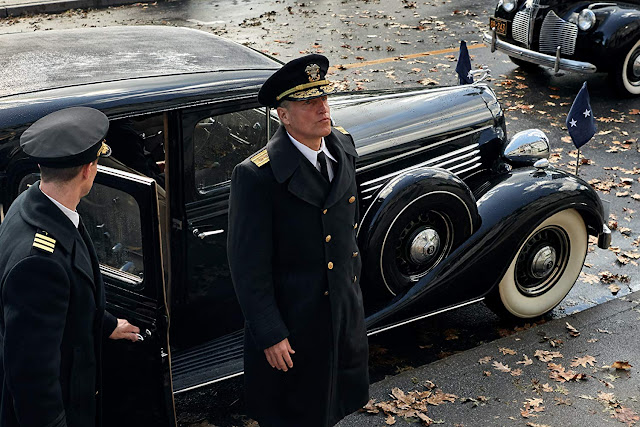 Much the same can be said of the characters. We're never really given opportunity to get to know any of them. Although we are introduced to a few of their families, in what feels like a meagre attempt at showing the devastating effect war has them, it is a fleeting glimpse. For the most part the performances are good, however things do get a little cheesy at times, on the American side that is. But what would an American military movie be without some uber patriotism and cheesy one-liners? That said, it is well balanced in terms of the plot. It's good to see that the focus isn't solely on the frontline troops, credit is also given to the intelligence officers and strategists who helped make victory possible. Neither side has been vilified, the actions of both the Americans and the Japanese are depicted without judgement. But Emmerich doesn't shy away from the horrors - and the atrocities - of war either. 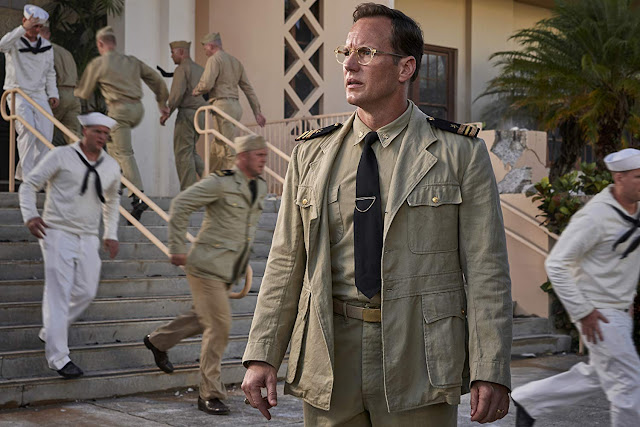 It may take a while, but when you do eventually get to the battle, it is worth it. Thanks to some spectacular visual effects Emmerich and his team are able to capture the enormity and strength of the US and Japanese fleets, and - at least to a degree - the intensity of naval/aerial combat. Seeing US dive bombers and torpedo planes fly through hails of Japanese anti-aircraft fire, for just a slim chance of hitting their target is both awe-inspiring and horrifying. The movie might have benefitted from a higher age rating (it's a 12A here in the UK), but it will certainly make you appreciate how unrelenting a battle can be, as those who survive get to do it all over again. 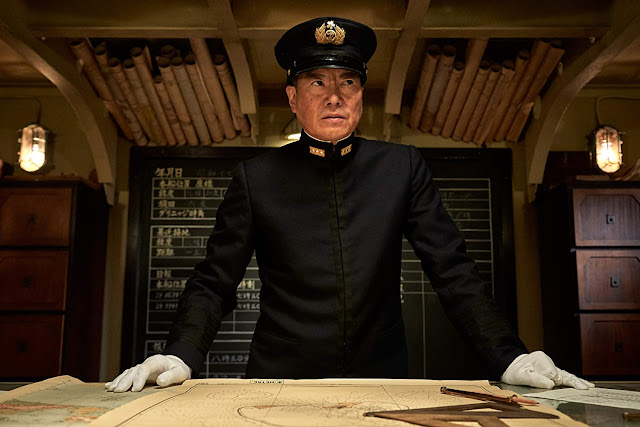 Although not quite as epic or engrossing as some of his previous movies, Roland Emmerich's "Midway" is a respectful - yet cheesy - depiction of one of the major naval battles of World War 2. 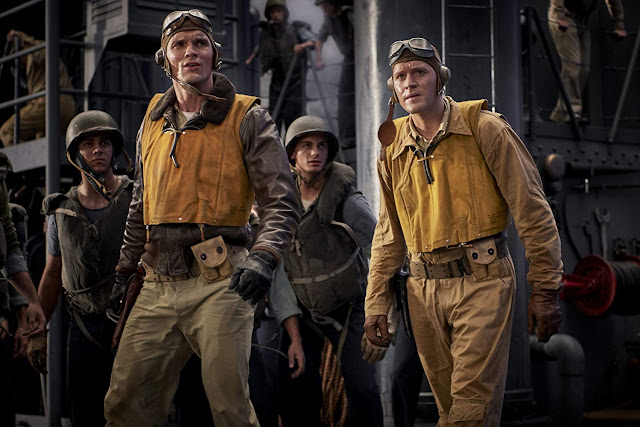