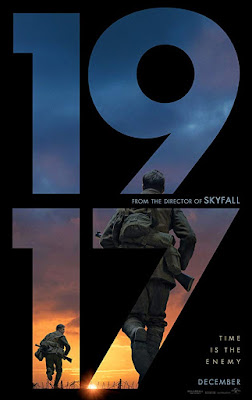 Set during the Great War, '1917' follows the story of Lance Corporals William Schofield (George MacKay) and Tom Blake (Dean-Charles Chapman). Tasked with an important mission, the two young soldiers must cross no man's land in order to reach an advancing British battalion, and stop them from marching into a German trap. If they fail to deliver the message in time 1600 men will be slaughtered - including Blake's older brother. Time truly is the enemy in this tense and unforgiving war drama. 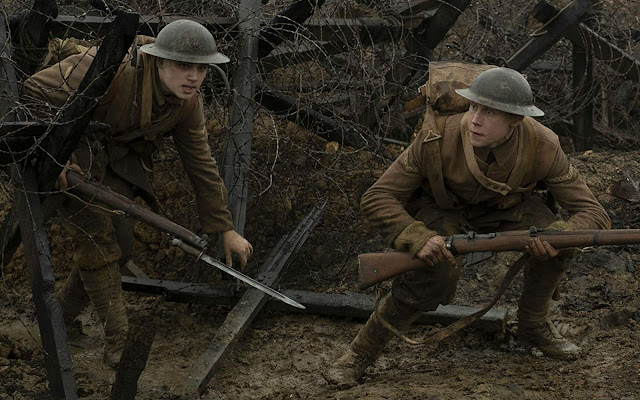 There aren't many movies that I would say you definitely have to see in the cinema, but '1917' is definitely one of them. Sam Mendes' tribute to his grandfather ﻿is something you really should see on the big screen. The way it's shot - like one continuous take - makes it more of an immersive experience than most other movies. There is an element of anxiety to '1917', in that you never really know what's going to happen - or more importantly, go wrong - which leaves you constantly on edge. It's almost like you're in the trenches with Blake and Schofield, you can feel the pressure they're under, the weight of the responsibility they have been given. Chapman and MacKay both deliver very genuine performances, they portray all of the emotions you'd expect a young soldier would be feeling in that situation. They also work well with the unique shooting style, as do all of the supporting cast.

Mendes was wise to focus on a couple of soldiers rather than depicting a large battle. By doing so he has personalised the story, we see the war through their eyes, and what a horror it was. The battlefields have been perfectly recreated, from the trenches to no man's land, the bunkers and the ruined towns. It's all horrifying and terrifying at the same time, even the open spaces have a sense of ominous foreboding. And all of it is beautifully brought to life by the legendary cinematographer, Roger Deakins. It's as if the movie was filmed in the actual locations. The visuals truly are flawless, and the way Deakins uses the one take style to put the audience in the middle of the action is masterful. You will feel like you are rubbing shoulders with those young men on the battlefield, rather than observing from the side lines. If they were to make another movie showing how '1917' was filmed - a camera crew following the camera crew - I would happily watch that too.

Sam Mendes' tribute to his grandfather makes for a shockingly realistic and gripping war movie, one that immerses the audience in the gruesome horrors of the Great War. 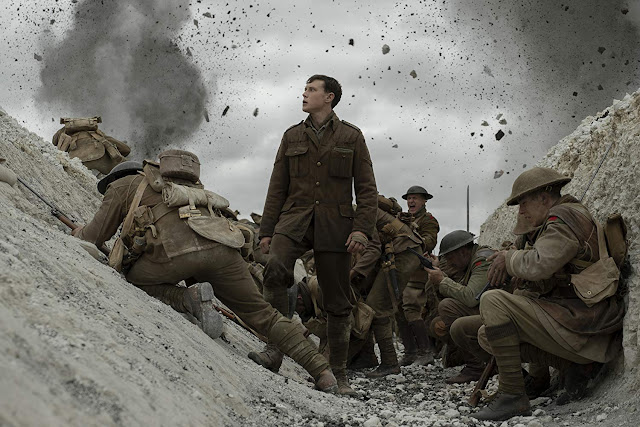