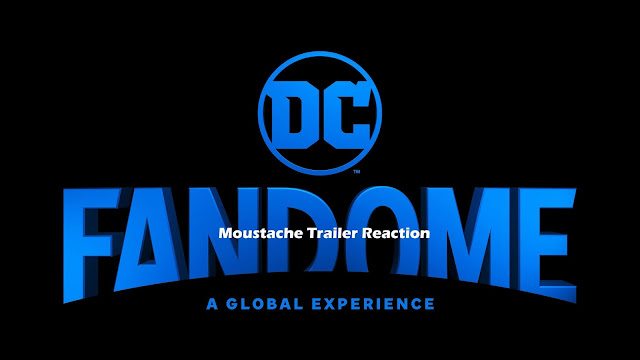 Well it was quite a weekend for anyone who's a fan of DC Comics. Along with sneak peeks at upcoming projects like Black Adam and The Flash, we were presented with some very interesting trailers. 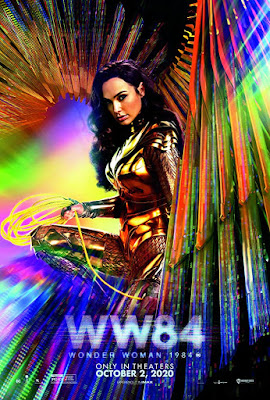 First up; Wonder Woman 1984. Obviously if it weren't for Covid-19 we would have seen this already, but here we are. It's not a trailer we necessarily needed, but I'm not complaining either, because WW84 looks fantastic.

There's not really a lot here that we haven't seen before. Whereas the first Wonder Woman movie was very reserved, like it's 1918 setting, WW84 feels more epic, more grandiose. In creating a movie set in the 80's, Patty Jenkins has embraced the excess of that particular decade. There's even an egotistical wanker with bad hair in the White House! The whole story revolves around greed, there are hints at some sort of McGuffin that can grant your every wish. Which leads to confrontations between a colourful variety of 80's type villains who want more and more, and Diana, who simply wants to be happy. I like the fact that this movie has the same heart as its predecessor, despite the vastly different setting.

Audiences look to be in for a fun ride this time, with Diana literally riding on lightning. Not to mention some epic looking fight scenes, and the Amazonian Olympics. It's good to see Lilly Aspel is returning as young Diana.

Of course the big reveal here is Cheetah. We finally get to see her in her animal form, something I imagine was originally meant to be saved for the big screen. I honestly think Jenkins could have gotten away with keeping Cheetah under wraps until the movie was released - even in Covid times. However, she does look fantastic, and the effective use of CGI means the fight between her and the golden armoured Wonder Woman looks to be epic.

The only real remaining mystery is what the hell is Steve Trevor doing in 1984? It probably has something to do with the aforementioned McGuffin, whatever it is. But does this mean that Diana will have to lose Steve again in order to save the day? 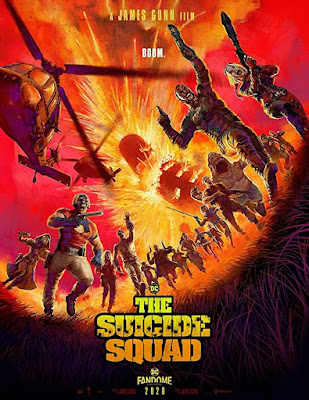 Next up, something a little more colourful... The Suicide Squad.

It's an all new crew... almost. James Gunn's reimagining looks to be very different to David Ayer's Suicide Squad, and yet there is a familiarity to proceedings. It helps that there are several returning characters (Waller, Flagg, Harley, Boomerang), but it's more than that. From the two videos we got, it's clear Gunn has captured that same chaotic insanity, then dialled it up to eleven.

Where Ayer seemed to try to give his movie an element of realism, Gunn has replaced at least some of that with comic flair. The Suicide Squad is definitely the new bright, colourful, crazy side of the DC Universe. There are some very colourful characters, with even more brightly coloured outfits - including some polka-dots - and they've all been dropped into the middle of a delightfully action-packed nightmare.

The Suicide Squad is set for release in the UK on 6th August 2021. 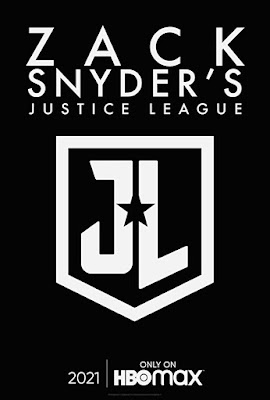 Which brings us to Zack Snyder's Justice League.

The real question in regard to this trailer has to be; was it worth the wait? Well I personally think it was. As a fan of Snyder's DC movies, it's great to see this project finally come to fruition. Although the use of Leonard Cohen's "Hallelujah" might be a bit on the nose.

What is very clear from the off is that despite the fact this is essentially the same story, Zack Snyder's Justice League is going to be vastly different to what came before it. The villains for one thing, there's now three of them instead of one; Darkseid (we only see him in his younger form - "Uxas" - in the trailer), DeSaad (Darkseid's right hand man and torture master - sounds like a nice chap), and of course Steppenwolf, although he's pretty much unrecognisable from his last appearance. In fact, thanks to some vastly improved CGI, the minion of Darkseid actually looks threatening in his new spikey outfit. Speaking of outfits, the Man of Steel is rocking the black suit.

With Snyder commenting that Cyborg is the real heart of the movie, it's good to see that the other members of the team will get a little more development. Hopefully this will apply to Lois Lane and Martha Kent too. That cool shot of the Flash poking his finger through a window as he races to save a woman from a car crash, is back. Cyborg himself looks to be having more trouble with his armour, which might have something to do with the fact it's made from the same technology used by his enemies. Things don't work out so well for his Dad either, during a previously unseen encounter with a Mother Box. I'm also curious to see what Diana discovers, as she investigates the arrow sent by her mother as a warning of impending doom.

Overall, the tone and the colour pallet appear to work better. They're also in keeping with Snyder's previous DC movies. Hopefully then, the Snyder Cut will bring this arm of the DC universe to a bombastic close, and Ben Affleck's Batman will get the finale he deserves. At four hours long, there's plenty of time to do both... and then some!

Zack Snyder's Justice League will be available to stream in 2021. 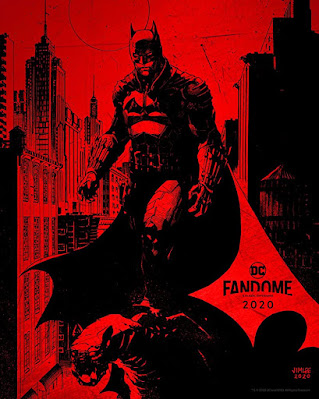 But by far the biggest reveal coming out of DC FanDome… is the teaser trailer for Matt Reeves' The Batman. With all of the images we've been drip fed over the last few months - the suit, the bike, the car - excitement has been ramping up. But nothing could prepare us for that mind-blowing trailer!

After witnessing two very different takes on the Dark Knight in the last 15 years, it's impressive that Matt Reeves was able to develop a third and it still feel fresh. But that's exactly what he has done. Robert Pattinson looks great in the lead role, as this tortured soul searching for vengeance, among other things.

Set during the second year of his vigilante career, we are introduced to a raw, more unhinged Batman. He's still figuring things out, learning as he goes along. This includes the mental toll that it will take on him. The use of 'Something in the Way' by Nirvana perfectly sets the tone for this dark and brooding approach to Gotham's Dark Knight. But the most thrilling point was seeing Batman deliver a vicious beating to a street thug, in that moment this Batman is seen as a force to be reckoned with, and anyone doubting Robert Pattinson could be Batman is proven very wrong.

Beyond that there are hints at the mystery side to this story, someone is sending Batman messages, maybe even riddles. Hopefully we'll get to see the world's greatest detective doing some real detective work. Watching him work a crime scene is interesting, especially with his relationship with law enforcement not quite established. Jeffrey Wright certainly looks good as Jim Gordon in that scene. I'm also excited to see the planned prequel show based around the Gotham City Police Department, and the corruption within.

We also catch glimpses of several different criminals; Zoe Kravitz's Selina Kyle, and a pretty much unrecognisable Colin Farrell as the Penguin. But it's the Riddler that truly haunts proceedings.

The Batman is scheduled for release in 2021.

What was your favourite moment from DC FanDome? Leave a comment below or find us on Facebook and Twitter. You can also email us at moviemoustache@gmail.com.