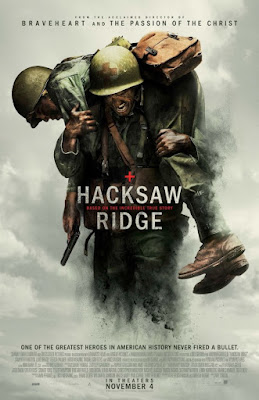 Mel Gibson is back in the driver seat with Hacksaw Ridge. It tells the story of Desmond Doss, a conscientious objector who refused to carry a weapon. Doss served as an army medic in the Pacific during World War 2. His actions during the Battle of Okinawa - where it's estimated he saved 75 men single-handed - would earn him the Medal of Honor. Hacksaw Ridge has been nominated for six Oscars, including Best Picture, Best Actor and Best Director. 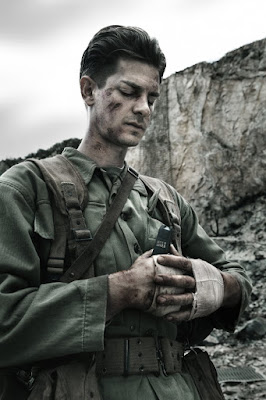 If you've seen We Were Soldiers; this movie may look oddly familiar. The battle scenes of Hacksaw Ridge have a very similar look to We Were Soldiers, Gibson has clearly taken inspiration from his previous war movie. He has managed to show the horror of war and honour what those men did, without glamorising war. As much as this is Doss' story, the actions of his fellow soldiers are not overlooked, thanks in part to some brilliant performances. As the man who wanted to serve his country without compromising his beliefs, Garfield delivers the best performance of his career. 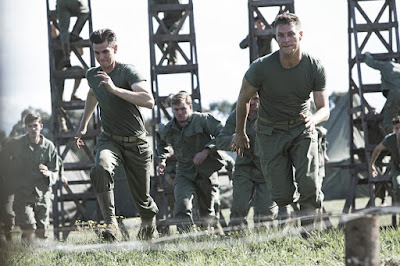 As with most Hollywood depictions of historical events, some liberties have been taken with the truth. Okinawa is depicted as the first time Doss and his unit saw combat. In reality, he served on Guam and Leyte (Philippines) - where he earned a Bronze Star - before his unit was sent to Okinawa. Doss' time on Okinawa is depicted as only a few days, but his Medal of Honor citation covers his actions over a three-week period. Apparently, Gibson decided to exclude certain true events because he believed people wouldn't believe they actually happened. Despite all this, the movie does (in my opinion) honour the man and his story. 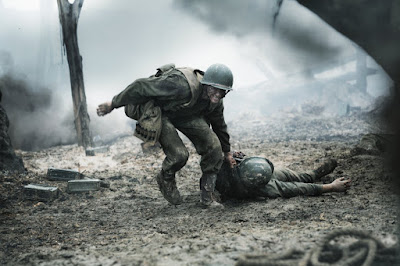 This is a real return to form for Mel Gibson. Despite being ten years since he sat in the directors chair, Gibson still knows how to put together an intense movie going experience. As evidenced by the many accolades attributed to Hacksaw Ridge, including six Oscar nominations. The story of Desmond Doss is very compelling. And even though the movie isn't 100% accurate, it does capture the spirit of the story. 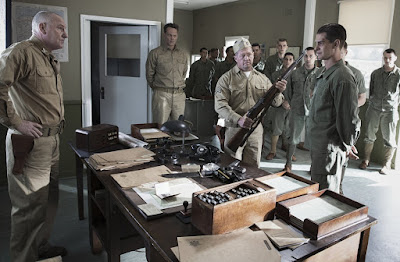