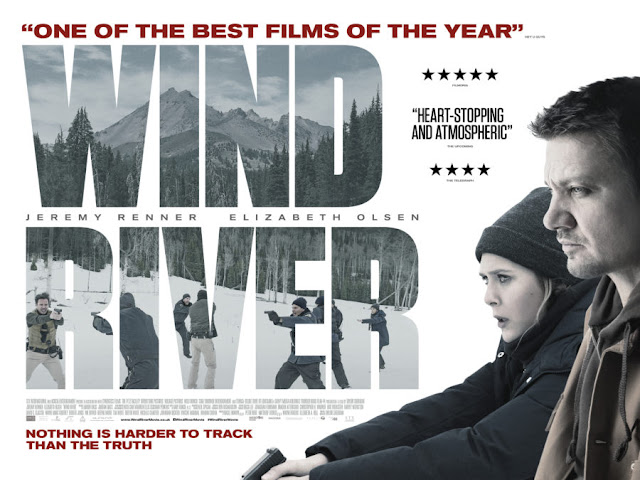 While hunting on the Wind River Indian Reservation, US Fish and Wildlife Agent Cory Lambert (Jeremy Renner) discovers the frozen body of a Native American girl. With jurisdiction falling to the FBI, Agent Jane Banner asks Lambert - a skilled tracker with detailed knowledge of the reservation - to assist in the investigation. Together they must battle a snowstorm and the harsh conditions on the reservation in order to catch the killer. 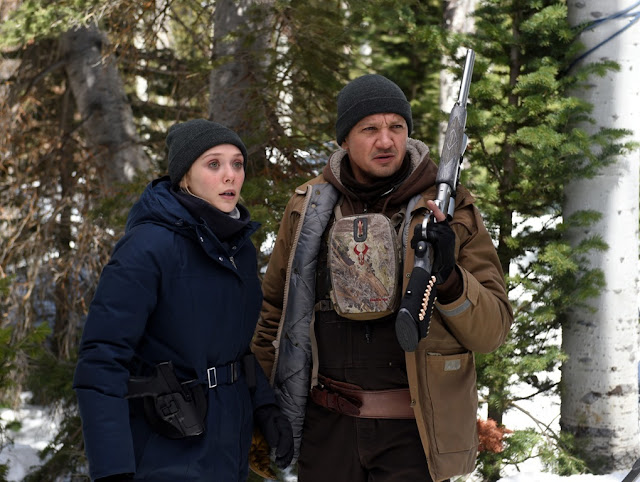 Taylor Sheridan's directorial debut received an eight minute standing ovation after its premiere at Cannes. According to Sheridan - who also wrote the script - Wind River is "based on thousands of actual stories just like it". Two researchers were commissioned to find a statistic on missing Native American women and after three months work were unable to come up with one. This and the harsh life on the seventh largest reservation in the US are the underlying themes of this brutal crime drama. 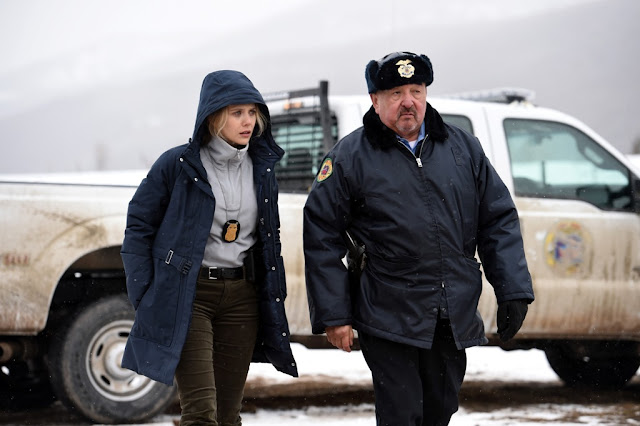 The two leads go together perfectly. I was impressed that at no point did I think "that's Hawkeye and Scarlett Witch". By their very nature, humans are complicated beings. The same can be said of Lambert and Banner who are brought to life beautifully by Renner and Olsen. Supporting them are an excellent cast including Graham Greene as Ben, the restricted yet dedicated Tribal Police Chief. I first saw Greene play Joe Lambert - perfectly I might add - in Die Hard with a Vengeance and I've enjoyed every performance I've seen of his since. Gil Birmingham portrays the feelings of emptiness and hopelessness that any grieving parent knows both carefully and respectfully. And Kelsey Asbille delivers an incredibly powerful performance as the victim, you truly believe in her will to survive, that she would fight until she could fight no more. 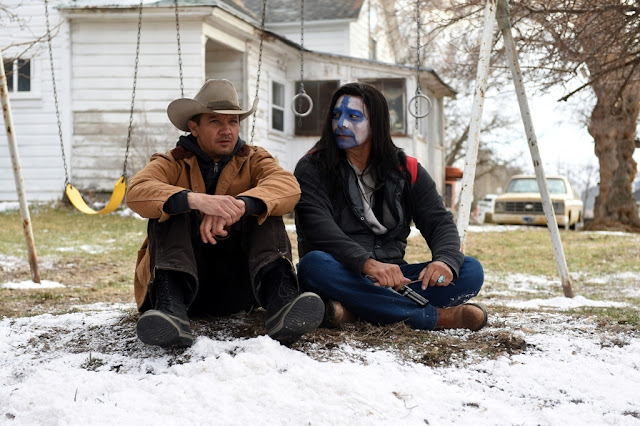 As with his previous scripts - Sicario and Hell or High Water - Wind River is a tense and engrossing thriller. What makes them work is that they are grounded in reality. Sheridan writes characters and situations that are relatable. With Wind River, you truly believe these people will fight for justice, even when the law and the weather aren't on their side. In order to achieve that feeling of reality, Sheridan chose to shoot in some pretty remote locations, and some real blizzards. Whilst shooting Olsen experienced snow blindness. Crew and equipment had to ferried to and from locations using snowcats. To maintain the remote look of the picture, a lot of tracks had to be removed in post production. Clearly it was worth it because the stunning shots of snow covered landscapes demonstrate how the most beautiful parts of our planet are often the most deadly, in more ways than one. 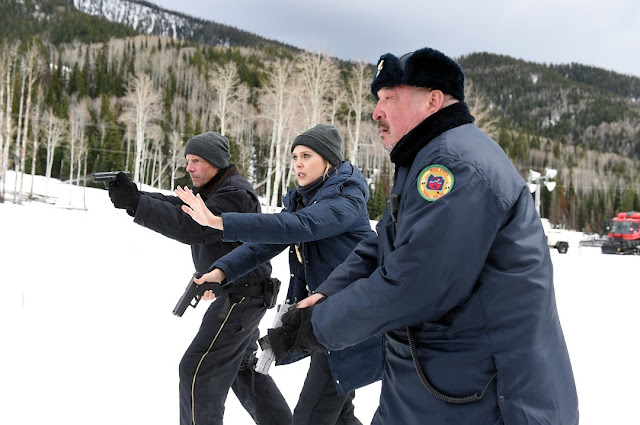 Taylor Sheridan has demonstrated his talent as a writer before, and now he has shown us he has a knack for directing too. Wind River is an insight into the hard life faced by those living on reservations. The closing title card carries a shocking revelation, stating that Native American women are the only demographic in the US for which missing person statistics are not compiled. As a movie, Wind River is a tense crime thriller, with its impeccable performances and stunning visuals, it's as compelling as it is brutal.
9/10 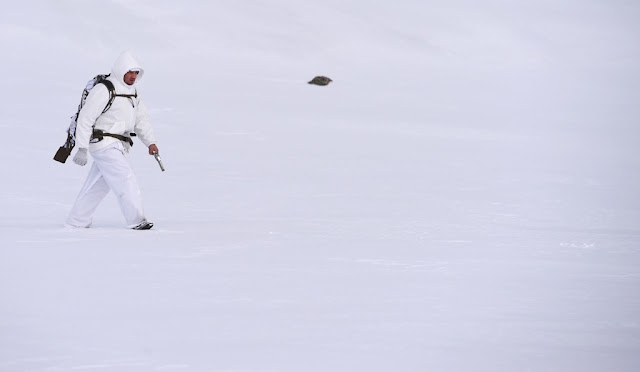