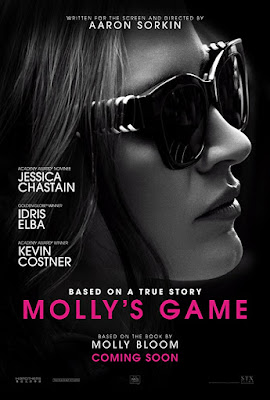 Much like 2010's The Social Network, Molly's Game takes us into a Sorkin-esque dramatisation of history. After a fall robs her of her goal of skiing in the Olympics, Molly Bloom (Jessica Chastain) goes in search of her new self, one that doesn't involve skis. A decision that more than displeases her father and coach (Kevin Costner). Molly's journey takes her to Los Angeles where she finds work as an assistant. Part of her job is to host her boss' private poker game. With the help of one of the players, an unidentified actor - played by Michael Cera - Molly is soon running one of the most exclusive poker games in Hollywood, living solely on the tips she receives from the players. Intertwined with the story of her incredible rise is that of her fall, her arrest by the FBI and trial for ties to organised crime. Idris Elba co-stars as Molly's lawyer, Charlie Jaffey. 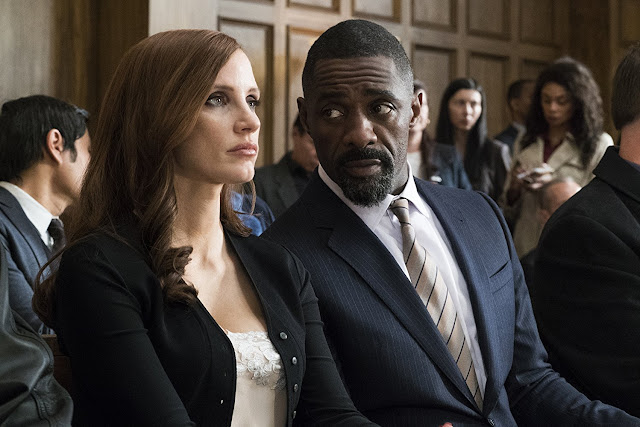 Aaron Sorkin, the writer known for engrossing stories, interesting characters and snappy dialogue makes his directorial debut with Molly's Game. Clearly he has learnt a lot from working with some of the most talented directors Hollywood has to offer - he sought advice from David Fincher and Kevin Costner whilst working on this project - because in his first attempt he has crafted a movie that is both engaging and inspiring. 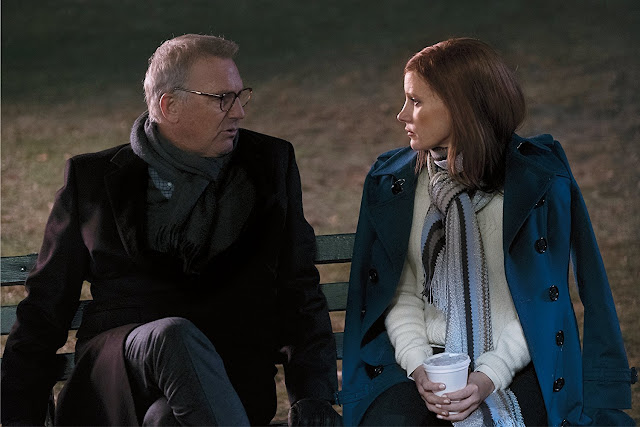 Despite the fact that everything went wrong - in quite spectacular fashion - Molly Bloom built a world that some of America's most rich and powerful men were lining up to be a part of. Jessica Chastain - as well as being Bloom's pick for the role - was the perfect choice to play Molly, because they're alike in so many ways. Both women are highly intelligent, hard working and driven, operating at the top of their respective fields. When she started running these games, Molly knew little about poker. In order to learn, she would watch the players and google the terms she didn't know. She did what she needed to do to succeed, even going as far as becoming what her lawyer described as "the Cinemax version" of herself. From there she went on to create what was essentially a highly exclusive man cave, and the players didn't want the party to end. 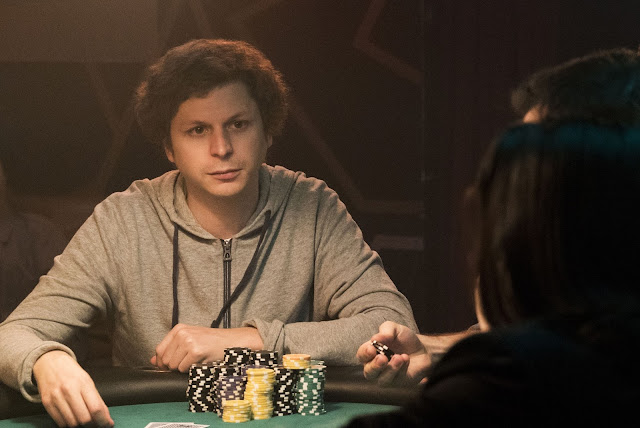 Chastain not only delivers an incredible performance, she also has great chemistry with her fellow cast members. Idris Elba is on top form as Charlie Jaffey, his back and forths with Molly - both in and out of the courtroom - are brilliant to watch. Kevin Costner is both detestable and incredible as Molly's father, Larry. He's the type of parent who expects nothing but excellence from his children, regardless of his own flawed nature. Despite not getting much screen time, Costner easily steals one of the movie's best scenes. But it's Michael Cera's performance as Player X that sicks in my mind. It's a role that is the subject of a lot of speculation; who is Player X? I'm not used to seeing Cera play a character who's confident, successful and (to a certain extent) mature. We've all witnessed the effect fortune and fame can have on a person and Cera brings all of the that and more to the table. 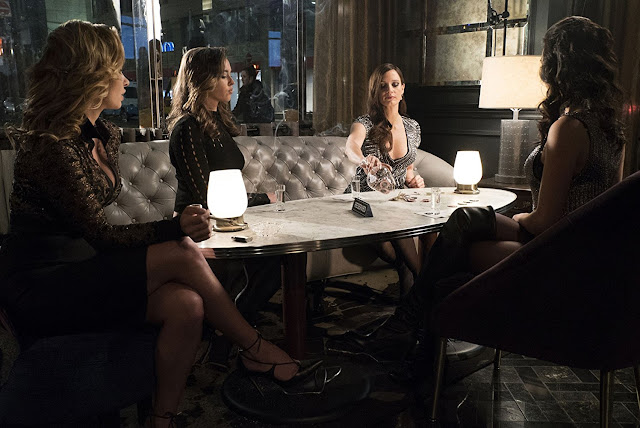 In much the same way that The Social Network wasn't about Facebook, Molly's Game isn't about poker. A knowledge of poker is in no way required to appreciate such an incredible story - a good thing for someone like me. Anything you need to know, Molly will explain in a way unique unto an Aaron Sorkin script. That goes for poker, the US legal system and Olympic skiing too. This is a story about a woman who entered a male dominated world, faced every challenge head on and - pardon the punn - reached the top of her game. 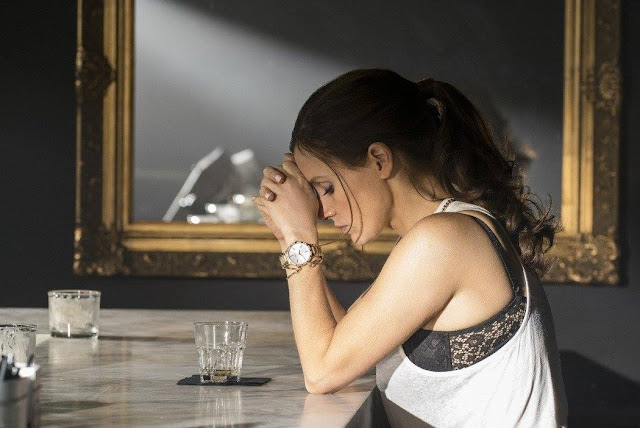 If you're a fan of Aaron Sorkin's previous work, I highly recommend you check out Molly's Game. The movie follows a similar format to The Social Network, the rise of the main character, the lawsuit and the jumping between time periods. But it's a formula that keeps the audience guessing and a first time director taking cues from the likes of David Fincher can't be a bad thing. Add to that an excellent cast with a superbly written script and you should have a real contender for the awards season. Sorkin has established himself as one of the great screenwriters of our time, now I look forward to seeing him develop as a director.
9/10 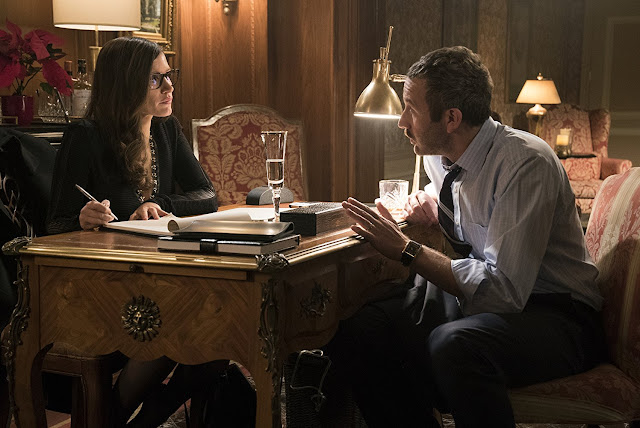