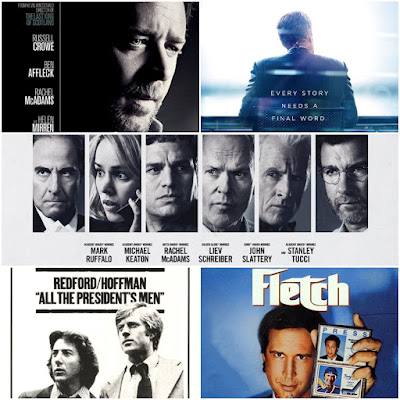 To mark the release of Steven Spielberg's "The Post" we've put together a list of our favourite movies and TV shows about journalism. They may be an idealistic and glamourised look at the profession - determined reporters who rarely sleep, working tirelessly to get the big story - but there's something about watching the underdogs take on everyone from criminals to big business to governments in the search for truth.

So here it is, in no particular order our top 5 movies and TV shows about journalism:

All the President's Men 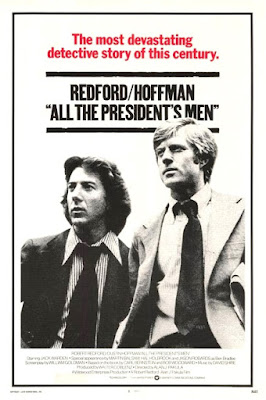 If this is Star Wars - A New Hope then The Post is Rogue One. Based on the book of the same name, All the President's Men is the true story of Bob Woodward (Robert Redford) and Carl Bernstein (Dustin Hoffman), two reporters for The Washington Post who covered the Watergate scandal. When five men are arrested breaking into the Democratic National HQ in the Watergate complex, they are soon linked to the government and President Nixon's re-election campaign. Woodward and Bernstein will have to deal with cautious editors and a lot of reluctant sources - including the infamous Mark Felt A.K.A. "Deep Throat" (no laughing) - in order to uncover a government plot to compromise the Democratic party's election campaign. If you enjoy this movie you'll probably like "The Post", it may also be worth checking out the upcoming "Mark Felt: The Man Who Brought Down The White House". It stars Liam Neeson in the titular role and hits UK cinemas on 16th March. 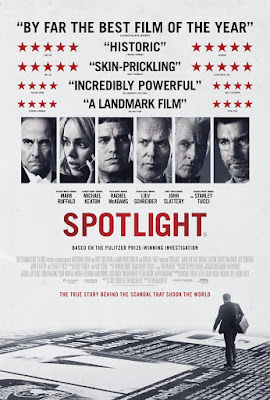 The Oscar winning true story, Walter "Robby" Robinson (Michael Keaton) leads the Boston Globe's Spotlight team on an investigation into allegations of child sex abuse committed by Catholic Priests in the Boston area. The team quickly learn that the abuse is much more widespread than they first realised and that the Catholic Church is actively involved in an ongoing cover-up in which Priests are moved and families are convinced to stay silent. Spotlight also stars Mark Ruffalo, Rachel McAdams, Brian d'Arcy James, Liev Schreiber, John Slattery and Stanley Tucci. Slattery plays Ben Bradlee Jr. son of Ben Bradlee, the editor of The Washington Post who oversaw Woodward and Bernstein's investigation into the Watergate scandal. Bradlee was portrayed by Jason Robards in All the President's Men. 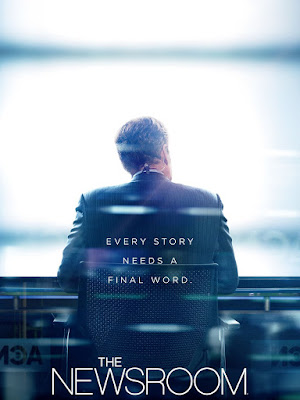 Aaron Sorkin's TV show about the lives of a news team at the fictional Atlantis Cable News network. Anchor/Managing Editor Will McAvoy (Jeff Daniels), Executive Producer MacKenzie 'Mac' Morgan McHale (Emily Mortimer) and their team attempt to revamp their nightly news show. Coined "Newsroom 2.0", the idea is to get back to the days when the news they reported was both relevant and informative. Sorkin used real life news stories - including the Deepwater Horizon disaster, 2012 Presidential election and the killing of Osama Bin Laden - to bring an element of familiarity and context to the show. He said it meant "the audience knows more than the characters do, which is kind of fun. And it gives me the chance to have the characters be smarter than we were." 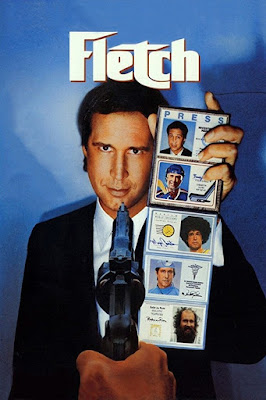 Who says all movies about journalists have to be serious? Chevy Chase plays Irwin M. 'Fletch' Fletcher, a fast-talking investigative reporter with a talent for disguises. Fletch, who writes under the pseudonym "Jane Doe", spends almost as much time avoiding his boss, Frank and his ex-wife's lawyer as he does working on a story. Based on the first book in the series by Gregory McDonald, whilst posing as a drug addict in order to investigate drug traffic on the beach, Fletch is approached by a man who makes him a mysterious offer. The man - who claims to be terminally ill - wants Fletch to kill him as his life insurance will be null and void if he commits suicide. Cue mad-cap, Chevy Chase antics and a world of trouble as Fletch looks into the man and his strange offer, whilst continuing to work on the beach drug story. Fletch was followed up by Fletch Lives - which wasn't based on any of the books - in which Fletch inherits an old plantation in Louisiana. 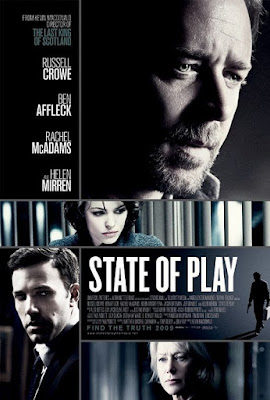 State of Play is an adaptation of the British TV drama of the same name. Cal McCaffrey (Russell Crowe) is a reporter for The Washington Globe investigating the suspicious death of a senior researcher who worked for his friend and college roommate, Congressman Stephen Collins (Ben Affleck). Collins is currently leading an investigation into a prominent private military contractor (PMC) and their increasing role in US foreign policy. Could the researcher's death be a warning or part of a cover up? Cal, along with Della Frye (Rachel McAdams) - a reporter in the paper's online division - and editor Cameron Lynne (Helen Mirren) will have to navigate the political climate of Washington DC and the secretive world of the PMC's to get to the truth.

What do you think of our Top 5 Movies and TV Shows about Journalism? Let us know by leaving a comment below or find us on Facebook and Twitter, and don't forget to tell us your Top 5 as well.