The Predator is due for release on 14th September and we finally have a trailer. Written and directed by Shane Black (Hawkins in Predator/writer of Lethal Weapon/director of Kiss Kiss Bang Bang), this is the first Predator movie since 2010's Predators and it looks interesting. I'm also pleased to say there isn't a Xenomorph in site 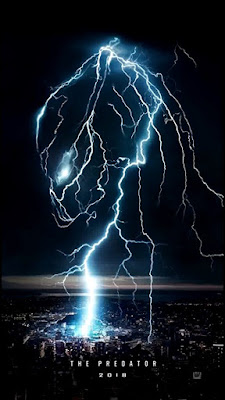 From the reaches of outer space to the small-town streets of suburbia, the hunt comes home. Now, the universe's most lethal hunters are stronger, smarter and deadlier than ever before, having genetically upgraded themselves with DNA of other species. When a young boy accidentally triggers their return to Earth, only a rag tag crew of ex-soldiers and a disgruntled science teacher can prevent the end of the human race.

Well that all sounds very dramatic! Without giving too much away, the trailer does hint at the plot. We get to see Boyd Holbrook's Quinn McKenna being interrogated by a Government man about a mission that went wrong, during which an "alien" is hinted at. This is apparently the mission where McKenna gets hold of some Predator tech which he mails to himself, only for his son Rory (Jacob Tremblay) to discover it. Rory then appears to accidentally cause a ship in Earth's orbit to crash land, triggering this whole mess. 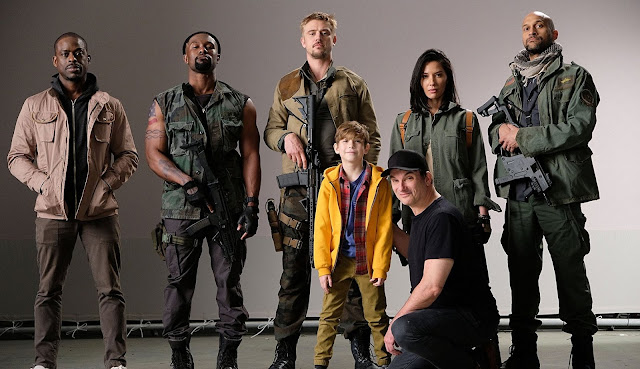 Casey Bracket (Olivia Munn) - the aforementioned science teacher - speaks about "hybridisation" and how the Predators are using the DNA of other species to enhance their own abilities. There's an interesting shot of some artefacts in a glass cabinet - two masks and a shoulder mounted gun - probably from previous Predator movies. We know this is set in the same universe as the previous movies and that Jake Busey will be playing the son of Peter Keyes, his father Gary's character from Predator 2.

There are some shots of at least one Predator doing what they do best. Some general action shots mixed with shots of some of the ex-soldiers, including Keegan-Michael Key, Thomas Jane, Trevante Rhodes and Alfie Allen. Of course we get to hear that well-known Predator growl, and one of their signature tri-lasers is seen pointed at Munn's character. 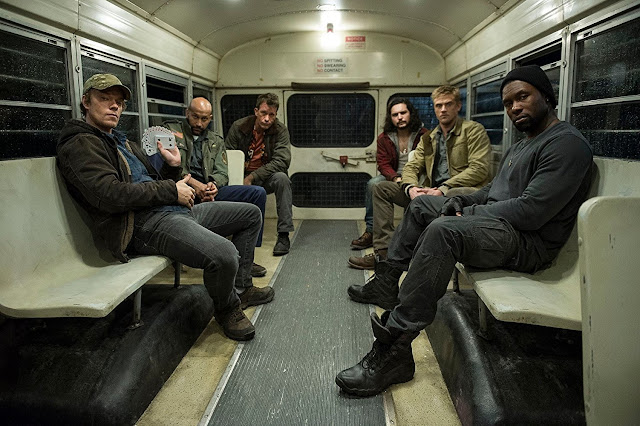 Ever since it was announced that Shane Black was making a new Predator movie, I have been more than slightly intrigued. Now we have a trailer and things are looking very interesting. This trailer does what it should; give a few hints and introduce a few characters while providing snippets of the action. And it does all of that without giving too much away, granted it's a Predator movie, we already know the basics. But with Shane Black at the helm and some - shall we say - upgraded Predators running around, I am very excited to see the return of the galaxy's greatest hunter!

What did you think of the first trailer for The Predator? Let us know by leaving a comment below or find us on Facebook and Twitter. You can also email us at moustachemovienews@gmail.com