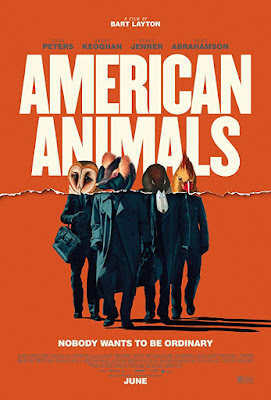 In 2003, four university students - Warren Lipka (Evan Peters), Spencer Reinhard (Barry Keoghan), Eric Borsuk (Jared Abrahamson) and Chas Allen (Blake Jenner) -  attempted to steal several rare books from the Transylvania University Library in Lexington, Kentucky. American Animals tells the story of the heist, how it was planned and the effect it had on all those caught up in it. 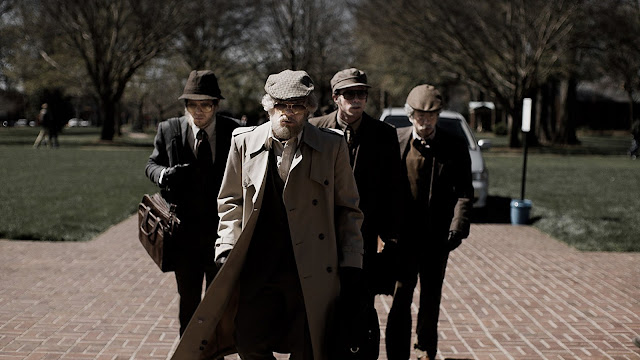 Shot like a docu-drama, writer/director Bart Layton has intercut the story with interviews with the key players, as well as their parents, teachers and staff at the library. The cast's genuine performances blend and contrast with the interviews perfectly, in order to give us all the excitement and optimism before the robbery and the clarity of 20/20 hindsight that comes later. What makes this all very interesting is that Layton doesn't try to amalgamate the different perspectives. He acknowledges the fact that they all remember parts of the story differently. It could be anything from how a person looked to the location of a conversation, or something as important as who instigated this whole thing. And with certain elements of the planning only involving some of them, as the real Warren Lipka points out...we'll just have to take their word for it.

As the story progresses we get to see the excitement and anxiety build, while the interviewees on the other hand, display a great deal of guilt and regret. All the while Layton slowly cranks up the tension. If I can feel the tension whilst watching this in a cinema, I can only imagine the pressure these guys were under - albeit self-inflicted. Despite having an idea how this would end, I couldn't help wondering what would happen to these amateur criminals. In many ways, American Animals feels like Ocean's 11 on a student budget, which is appropriate given that heist movies form a major part of their research. Where else can you learn to plan a heist? There's a brilliant scene in which our wannabe robbers go over the plan, imagining it running perfectly. It's so smooth, it's practically a dance. Fantasy, it turns out, can be very different to reality. 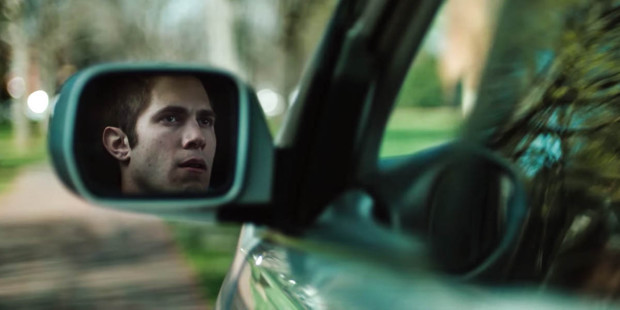 For all the movies out there that glamorise the life of crime, there aren't many that show the reality. But this is one of them. With American Animals, Bart Layton delivers a fascinating look into the world of (amateur) crime. Regardless of whether you've heard this story or not, you'll feel compelled to see it through, even if it's just to see how things turn out for our wannabe robbers. 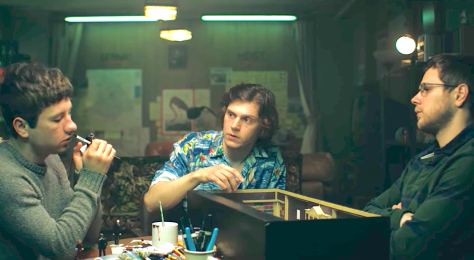 What did you think of American Animals? Let us know by leaving a comment below or find us on Facebook and Twitter. You can also email us at moustachemovienews@gmail.com﻿