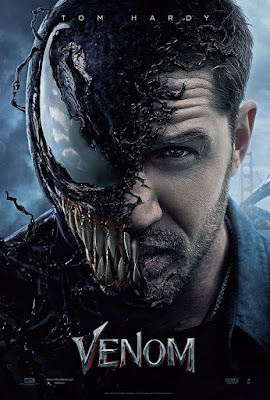 When investigative journalist Eddie Brock (Tom Hardy) starts looking into the Life Foundation and its head, Carlton Drake (Riz Ahmed), he makes a shocking discovery. Drake's astronauts have discovered alien life, which they're bringing back to Earth. Through his investigation, Brock is accidentally exposed to one of the life forms. This "symbiote" as it's known bonds with him, granting him incredible powers and abilities. The question is, what will he do with those powers? 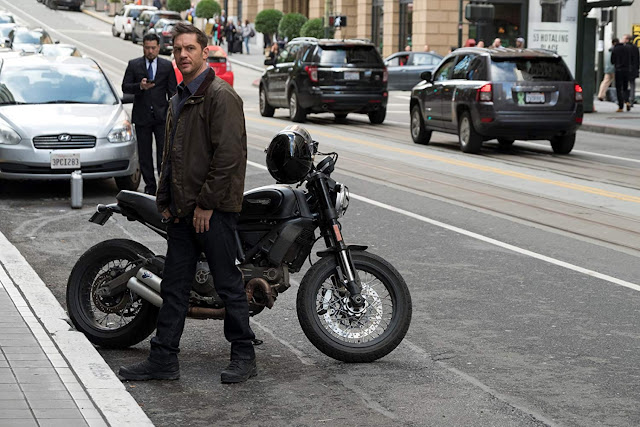 In the build-up to it's release, Venom has received a lot of negativity, it has been described as "unexciting" and "aggressively loud and stupid" by critics. When I read this I have to ask; what movie were they watching? Venom is a simple yet fun comic book movie/origin story/buddy comedy. Thanks to some great special effects, all of the symbiotes look great, especially when interacting with their hosts. The action is very exciting, although it does take a while to arrive. By far the stand out set-piece was the exhilarating motorcycle chase through San Francisco, watching Eddie learn about these incredible new abilities, whilst also attempting to work with his new co-pilot. 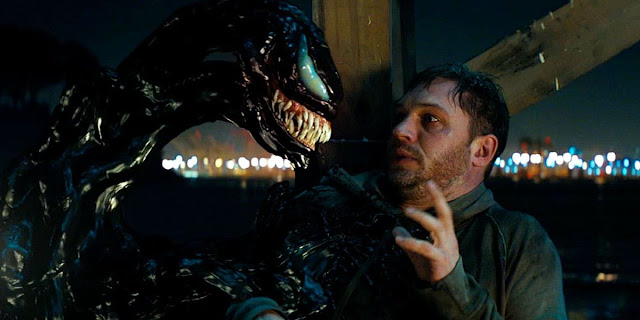 Now you might think that a movie about a Spider-Man villain that doesn't feature the Web-Head wouldn't work. However there is enough here that he isn't really missed. Basing the plot on comic book stories "Lethal Protector" and "Planet of the Symbiotes", the writers have done a good job of transitioning the character from villain to anti-hero. Even with Hardy playing both lead roles - something he does perfectly - this is a great buddy comedy and a lot of the best scenes feature some excellent back and forth between this mismatched pair. Eddie Brock is a very relatable and believable character. He is a regular guy, flawed, reckless, even stupid at times. But when he's "introduced" to Venom he's lumbered with a massive responsibility, in many ways he has become a parent. And it's interesting to see how these two influence each other. 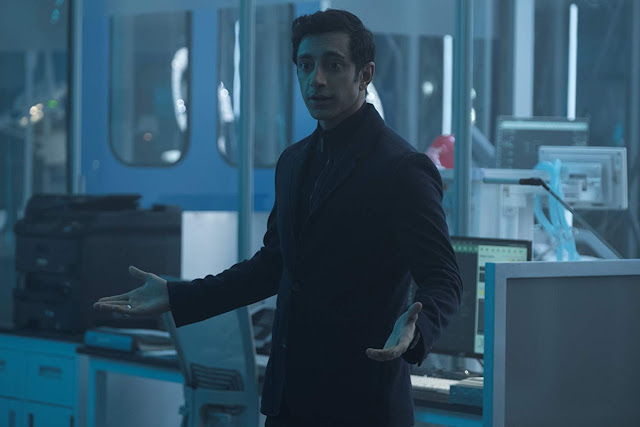 Venom could have definitely benefitted from an R rating, here in the UK it's rated 15 which is more for the profanity than anything else. Certain scenes felt like they could have benefitted from a little gore, much like Deadpool or Logan. For example, when Venom starts biting, it's very annoying that the camera always cuts away. But the movie's only real flaw are the weak supporting characters. Both Michelle Williams and Riz Ahmed - despite good performances - pretty much fall into the categories of generic love interest and generic villain. These brilliant actors could have done so much more with these roles given the opportunity, although there's an interesting hint at the future of Williams character. Luckily the focus of the movie sticks firmly with Hardy, whose performance(s) more than make up for it. 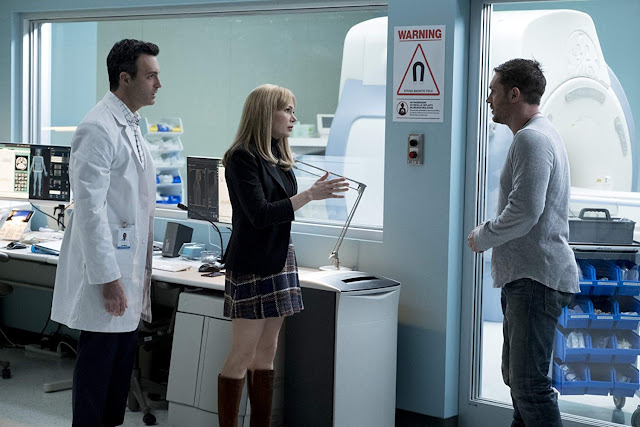 Ruben Fleischer delivers what is meant to be the first of Sony's new Spider-Verse. And while it is a bit of a generic origin story, Tom Hardy really sells it with his fantastic performance. Venom is a fun movie, one you can laugh both at and with. I'm still not sure about the idea of a movie franchise based around the world of Spider-Man...without Spider-Man, but I would definitely like to see more from Venom and Eddie Brock. One thing is for certain, Venom is nothing like Halle Berry's Catwoman!

What did you think of Venom? Let us know by leaving a comment blow or find us on Facebook and Twitter. You can also email us at moustachemovienews@gmail.com