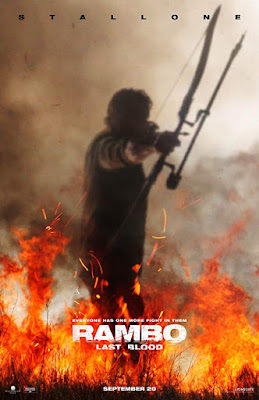 The first teaser trailer for Rambo: Last Blood has hit the internet, and as expected it looks to be a dark, brooding and bloody affair, with plenty of explosive action to go with it. Directed by Adrian Grunberg (Get the Gringo AKA How I Spent My Summer Vacation), this time Rambo is taking on a Mexican cartel as he tries to help a friend whose daughter has been kidnapped. Haven't seen the trailer yet? Check it out below:

As usual, Rambo is seeking peace whilst also preparing for war. We all know that no matter how much he wants to avoid it, for Rambo there's always a battle to be fought, including with his inner demons. We get the usual inner monologue as the camera pans over a few mementoes, including his home made knife from 'Rambo' and a modest (ha-ha) collection of guns. There's also a shot of Rambo visiting a grave, I wonder, when he went home at the end of the last movie, did he make it in time to see his family? 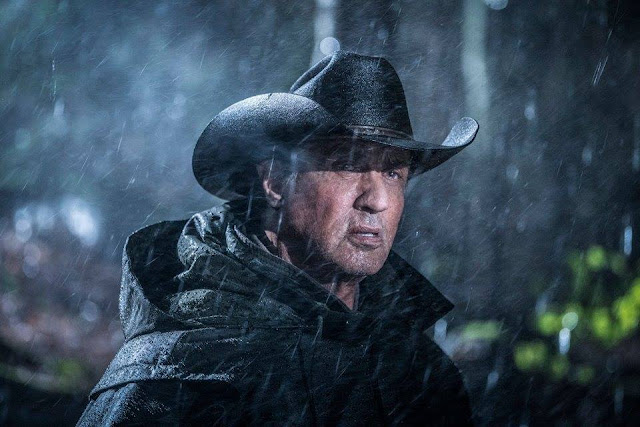 That's the thing, we really don't know much about Last Blood, or John Rambo for that matter. I mean, who knew the tortured veteran was a cowboy? The trailer gives away very little, it's more of a showcase for the action, which looks to be a lot of fun. Big explosions and lots of guys with guns. In many ways it looks like Rambo does Home Alone (with a little inspiration from The A-Team), he has some nasty traps waiting for those cartel guys. And it's definitely good to see him with his trusty bow and knife, running around causing havoc. 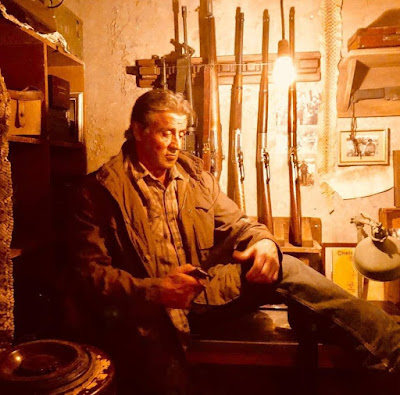 But as interesting as this looks, there's nothing apart from the aforementioned monologue and a certain knife that makes this feel like a Rambo movie. Yes it looks like a decent action movie, but where's the mullet? Is Rambo really Rambo without a mullet? There can't be many people who could make John Rambo get a hair cut! I'm hoping that despite the highly explosive action, Last Blood more resembles First Blood than its sequels. Maybe I'm asking too much. First Blood - for me - is vastly superior, a very believable and character driven story. Whereas the sequels (especially parts 2 and 3) were typical 80's action movies, very much over-the-top and all about the action. 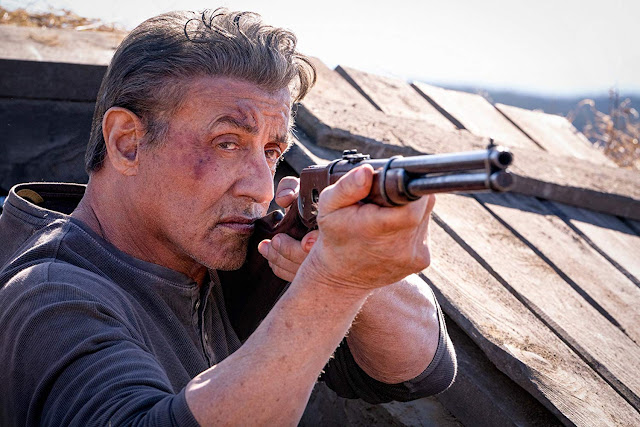 With this being his last adventure, I'd like to learn a bit more about the man. Has Rambo found the peace he has so desperately been seeking? Stefan Chapovskiy (a spitting image of young Stallone - see picture below) has been cast as a young Rambo, so clearly his past is something he's still wrestling with. The trailer certainly hints at survivors guilt, so maybe he's still seeking some sort of redemption. Why else would he be willing to put himself through hell again, and turn his home into a warzone? Speaking of which, this is the first time we've seen Rambo fighting on home turf. Given his ability to decimate armies all around the world, I'm not sure how much of an advantage this will give him, but every little helps. 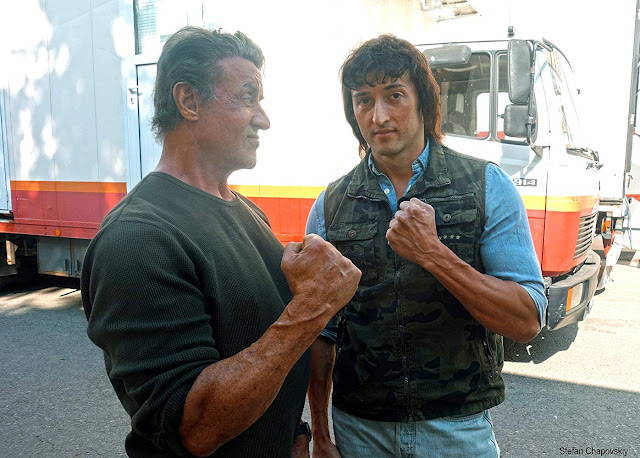 Overall Rambo: Last Blood looks to be a good, turn your brain off action movie. Will it live up to First Blood? Probably not, but it'll no doubt be fun watching Rambo single-handedly tear a cartel apart. Hopefully he will get the epic conclusion he deserves.
Rambo: Last Blood hits cinemas on 20th September 2019. 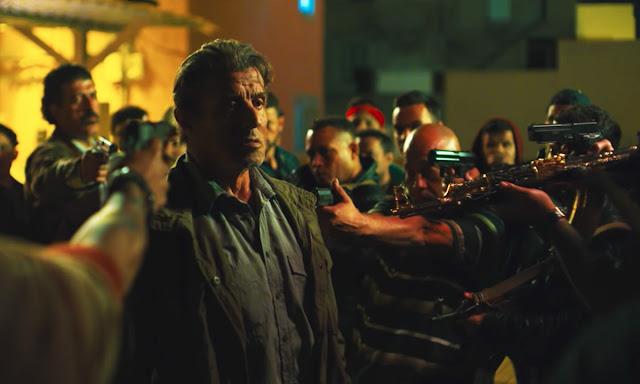 What did you think of the first teaser trailer for Rambo: Last Blood? Let us know by leaving a comment below or find us on Facebook and Twitter. You can also email us at moustachemovienews@gmail.com ﻿
﻿