Will We Ever See Battlefield: Bad Company 3? | I Hope So 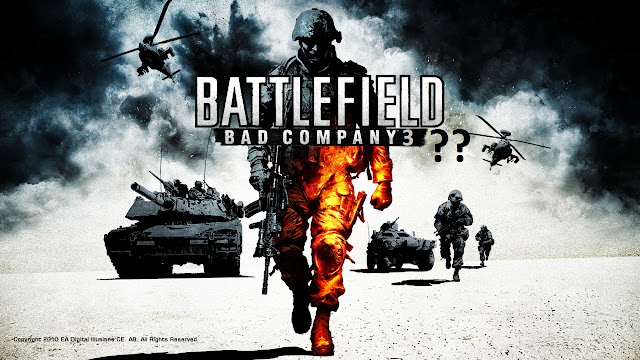 My recent return to the PlayStation 3 got me thinking, well actually it got me playing a lot of games I haven't played in years. But then it got me thinking; will we ever see Battlefield: Bad Company 3? 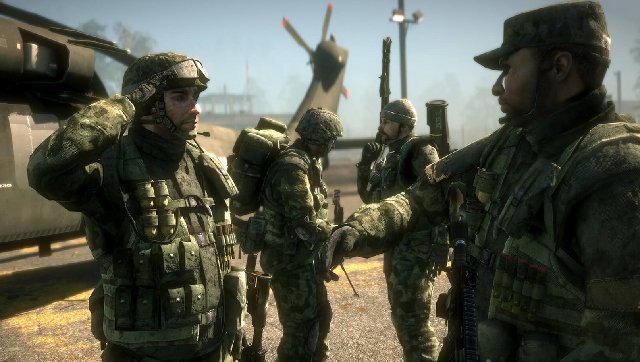 It has been ten years since the release of Bad Company 2, and fans are still calling for a follow up. Who can blame them? Well certainly not me... seeing as I'm one of them. Battlefield is well known for its multiplayer, and rightly so, but Bad Company was the first game in the series to feature a single-player campaign, and it set the bar very high with its engrossing story, fun characters and exciting gameplay. It helped that the big, open maps featured varying terrain that was fun to explore and almost totally destructible. The excitement of course bled into the multiplayer - not to mention the incredible maps and all of that delicious destruction - making other multiplayer games look dull in comparison, especially with the new game mode 'Rush'. Then two years later along came Bad Company 2, and apart from a more linear approach to the single-player it was more of what we loved about Bad Company, only better. The campaign continued the story of this major conflict between the US and Russia, witnessed entirely from the point of view of our bumbling heroes, who find themselves a little closer to the tip of the spear than they'd like. But things ended on a cliffhanger, with the fates of Sergeant Redford, Haggard, Sweetwater and Marlowe very much in question. 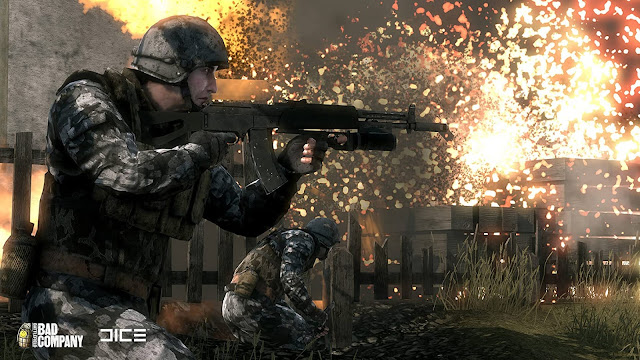 There are in fact several storylines/questions - from both games - that have been left unresolved. The most important of which, I would argue is the gold. What ever happened to it? Did the boys stash it somewhere? Or did they lose it somehow? Maybe they gave it up, or they were forced to. After all, the war with Russia didn't seem to be going so well. Events in Bad Company take place in the Caucasus region and the Middle East, and although it's unclear at that point exactly how the war is going, by Bad Company 2 the Russians have established a foothold in South America and are on the verge of invading the US through Alaska and Canada. 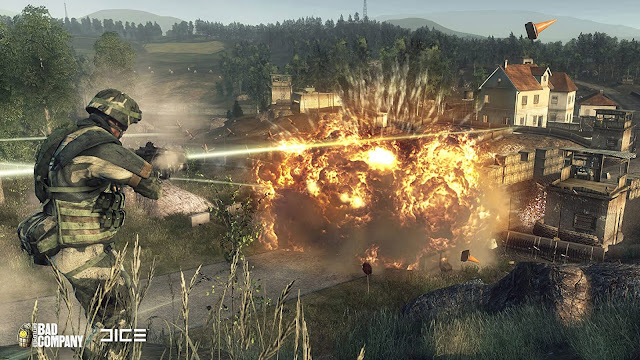 And lets not forget the Legionnaire. The last time we saw him, he had survived the helicopter crash  pretty much unscathed, apart from the loss of his empire and all of his gold, anyway. Yet we haven't heard a peep from him since. In that final shot he definitely looked like a man contemplating revenge, and I can think of a few people - and at least one country - upon whom he might like to exact that revenge. It's even feasible that he would work with the Russians to get what he wants. The question is; can both the war with Russia and the Legionnaire's search for revenge be explored in a way that's plausible, and without losing the light-hearted tone that Bad Company is known for? 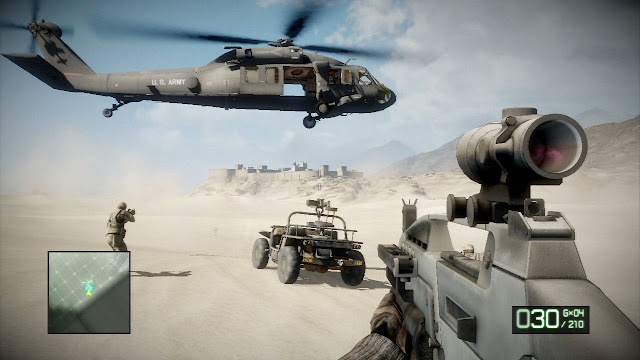 There's a fair amount of information about Bad Company 3 - and its troubled history - circling the internet, sourced from interviews and leaks, not to mention a few fan theories. We know thanks to a 2014 Eurogamer article regarding an interview with then DICE boss Karl-Magnus Troedsson that the company was struggling to figure out "what is it that people really liked about Bad Company?" Then in 2019 a potential leak appeared on Reddit - posted by a game designer who claimed to have worked with former DICE employees - the post is now gone but articles referencing it can still be found online, it revealed that Bad Company 3 was in development as far back as 2015, with DICE setting up a team to go through the development of Bad Company 2. Much like what Troedsson said in the Eurogamer interview, the leaker claimed that EA and Dice feared they wouldn't be able to replicate what made that game so beloved by fans. It's also worth noting that none of the Battlefield single-player campaigns have come close to reaching that bar set by Bad Company and Bad Company 2. So no pressure there. 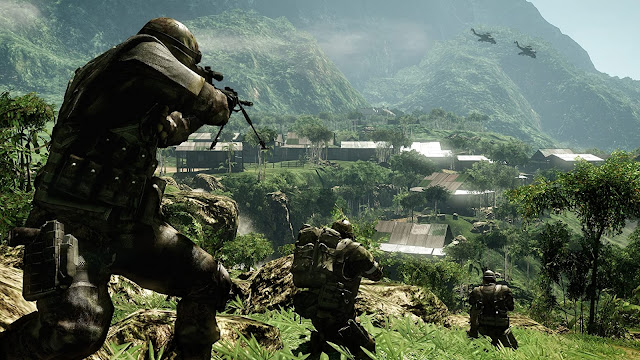 If the 2019 leak can be believed, DICE did indeed struggle with the development of Bad Company 3, despite the work they did to study the success of its predecessor. The team believed that what they had didn't feel like a Bad Company game, so the material was constantly being reworked. It probably didn't help either, that the original voice actors, writers and lead multiplayer designers seemingly refused to return. All of which resulted in a major change in DICE's plans. Originally, what was to be Bad Company 3 was slated for a 2018 release date. But with the company under pressure to release a Battlefield game in 2018 to please shareholders, and progress on Battlefield 5 - which was in development alongside Bad Company 3 - proving much faster than anticipated, it was bumped from 2021 up to 2018. Which would certainly explain Battlefield 5's troubled release - the rush to get it ready on time. Bad Company 3 ended up being reworked into an original title with a modern setting (something Venture Beat's Jeff Grubb has since confirmed), and a 2021 release. 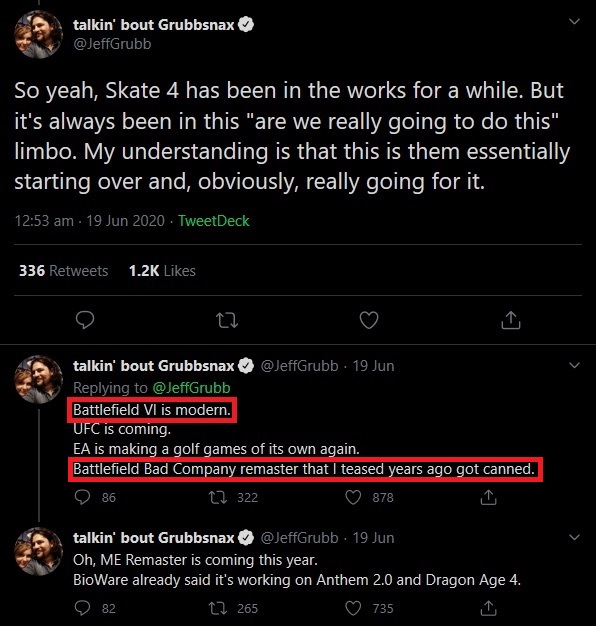 So as things stand - rather disappointingly - fans of Bad Company will have to wait a while longer for another adventure with the boys from Bravo One Charlie. The same goes for a remaster of their first adventure, which has been "canned", according to Jeff Grubb (see above Tweet). But that doesn't mean it's off the table, just shelved for the time being, or at least until DICE figure out what a third Bad Company game looks like. So what do fans want from Bad Company 3? Well I can't speak for the rest of you, but I know what I would like to see. Firstly, another crazy adventure with Redford, Haggard, Sweetwater and Marlowe, to see how the war with Russia is going, and whether the Legionnaire has caught up with the most bumbling squad in the US Army. Oh, and the ability to cause chaos and destruction on some massive maps. As for the multiplayer, the ability to cause chaos and destruction on some massive maps, and across many different game modes (especially 'Rush'), and all of the wonderful things that Battlefield is known for. What do you want from Bad Company 3? Leave a comment below. 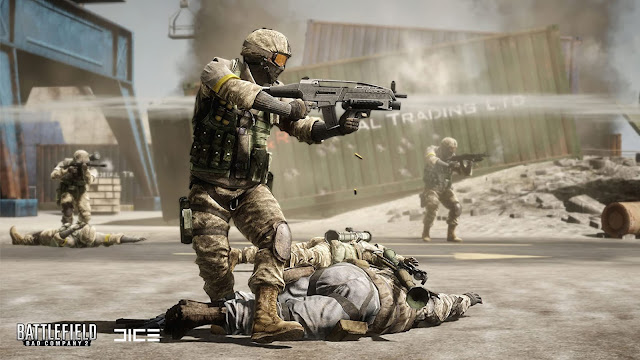 We did get an all too brief glimpse at the game formerly known as Bad Company 3 courtesy of EA Play. During which EA Chief Studios Officer Laura Miele promised "epic battles at a scale and fidelity unlike anything you've experienced before". But as good as it looked, it just wasn't enough to get me excited, not yet anyway. I was more excited to see that cool shot from Bad Company 2 included in the presentation. That said, Battlefield 6 (as it's currently known) could be the game that pushes me to purchase a PlayStation 5. 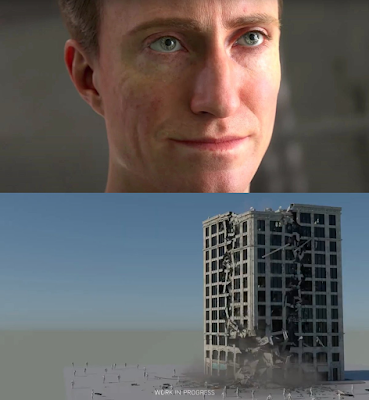 Despite all of the struggles DICE has gone through in their attempts to create a third Bad Company, I still live in hope that such a game will see the light of day. I appreciate that it's hard to return to a beloved series like Bad Company, and create something that's worthy of what came before. But they have already made two brilliant games, which gives me confidence that DICE will one day figure out how to continue/conclude the adventures of four bumbling yet loveable soldiers. You never know, the leaks could all be wrong, fake even, and Battlefield 6 is indeed Bad Company 3. Could that guy seen in the EA Play reveal (see above picture) be Preston Marlowe? Probably not, but DICE may surprise us. For now, I continue to live in hope. 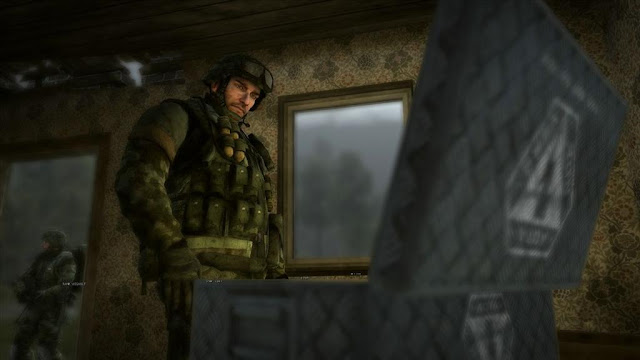 Do you want to see a third Bad Company? What would you want from that game? Are you excited about the upcoming Battlefield 6 and the next-gen consoles on which many of us will be playing it? Leave a comment below or find us on Facebook and Twitter. You can also email us at moviemoustache@gmail.com.