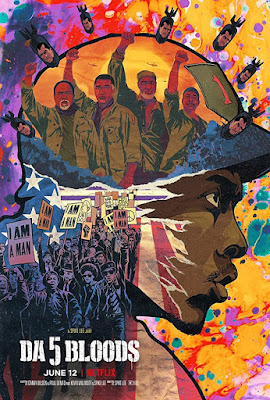 Four veterans return to Vietnam to recover the body of their fallen squad leader, Stormin' Norman (Chadwick Boseman)... and the stash of CIA gold they buried with him. But they soon discover that returning is not as easy as it first seemed, and finding the gold might just be the least of their worries. 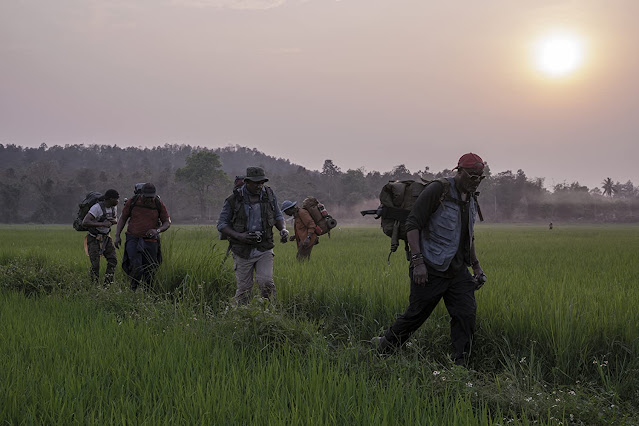 Director Spike Lee delivers another brutal examination of the racial and political climate in the US. This time he's looking at the Vietnam war and its undying legacy, once again proving that not much has changed in the supposed "land of the free". In depicting events, Lee draws inspiration from some classic Vietnam war movies - shooting in some beautiful locations - and despite going a little over the top on the Apocalypse Now references, it does give the movie a level of authenticity. Shooting the flashback scenes in a different aspect ratio, using film available at the time only adds to this. There are times where the plot feels a little convenient (people showing up exactly when they're needed etc). However, the director skilfully uses the narrative to demonstrate not only the foolishness of American involvement in Vietnam, but also that many African Americans have sacrificed much for their country - in this war and others - only to receive little or no recognition or thanks in return. 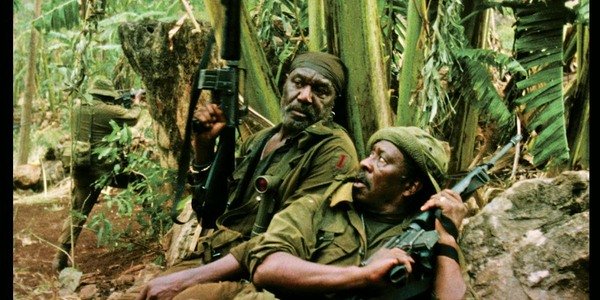 On the face of it, 'Da 5 Bloods' is the gripping tale of four veterans who return to Vietnam on what is essentially a treasure hunt, hoping  to finally make something good come from their sacrifice. Although they soon realise that finding the gold is the easy part, and that getting it out of there might just kill them. Much like BlacKkKlansman however, there is a comedic side to this, and not only from seeing four old men stumble around in the jungle. Upon reuniting, the Bloods quickly settle into this familiar setting, and the soldierly banter soon starts flying thick and fast. I was also pleased to see that Isiah Whitlock Jr. got to use his famous catchphrase - up until that moment came I sat watching and hoping. The cast have incredible chemistry, their bond feels genuine, and it's actually enjoyable seeing them together.

However things get more interesting the further in-country they go. Tensions begin to rise as old feelings and past traumas are drummed up. These men aren't the soldiers they once were, they're simply trying to deal with the horrible things they were forced to do in a war that wasn't theirs, by a country that didn't even consider them equal. This struggle is portrayed perfectly by some phenomenal performances - especially Delroy Lindo as the PTSD  suffering Paul - as each man tries to deal with this ordeal in his own way. A particularly touching scene sees the Bloods share a toast with their former enemy, although some of the Bloods aren't as happy as others to do so. The movie also demonstrates through the rather troubled relationship Paul shares with his son David (Jonathan Majors), how the effects of war aren't just felt by those that fight it, but their loved ones as well. 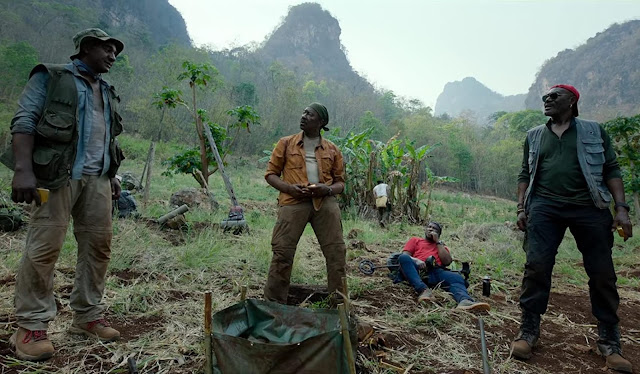 Given how easy it is to like these characters, it really is devastating to see the squad fall apart. But with the demons coming home to roost - not to mention the weight of the gold, and Stormin' Norman's memory (played by a very cool Chadwick Boseman) - that once unbreakable bond inevitably begins to crumble. You'll want to see these guys make it out with the gold, they certainly deserve it, but you may start to wonder if they can work together long enough to actually do it. Either way, it's an adventure you'll want to see through to the end. 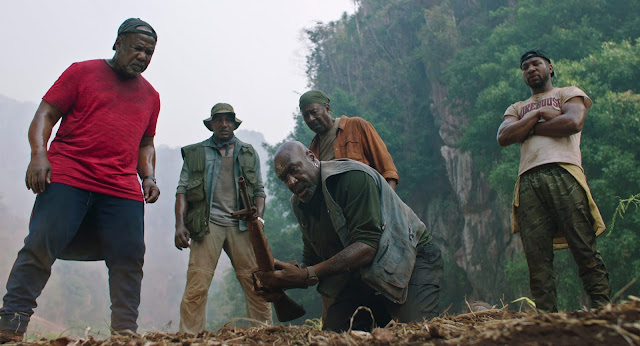 Much like he did with BlacKkKlansman, Spike Lee has taken a story based in history and made it relevant to the present day. Da 5 Bloods is a gripping adventure; a treasure hunt and search for closure - in some cases, maybe even redemption - all rolled into one. But more than that, it's a wake-up call to a country, maybe even the whole planet, not to let history keep repeating itself.
8/10