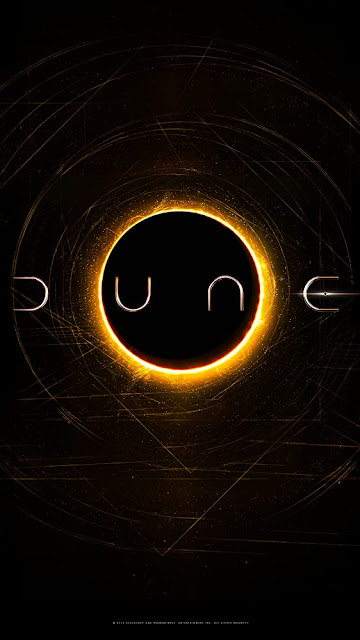 Like one of the massive space ships that feature within it, the trailer for Denis Villeneuve's take on 'Dune' has landed... and it's magnificent. If you've not seen it, or you simply want to watch it again, you can check it out below:
Trying to tame Frank Herbert's legendary sci-fi novel, it seems, is a challenge like no other. But if anyone is up to the task, it's a fair bet that it's Denis Villeneuve. The French-Canadian director is no stranger to reviving beloved sci-fi properties; Blade Runner 2049 is a worthy sequel to the original Blade Runner, and an outstanding movie in its own right - the best of 2017 in my opinion. Add to that his previous projects (Sicario, Arrival, Prisoners), and you've got a director with a talent for combining complex narratives, fascinating characters and stunning visuals, in a way that's both gripping and intelligible. 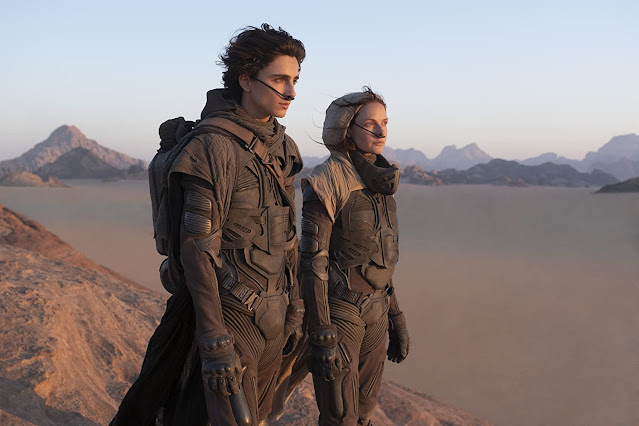 From the moment the trailer begins you can feel the epic scale of what has been created here. Grandiose is a word that springs to mind. We are introduced to Paul Atreides' (Timothée Chalamet) clearly aristocratic beginnings, and the beautiful planet he undoubtedly calls home, only to see it contrast with the harsh reality of life on the desert planet of Arrakis. All throughout there are hints of conflict, even within Paul who seems to be struggling with who he is and who he's meant to be. But when you control the planet that's home to the galaxy's most precious resource, you're bound to face a few tough choices, not to mention make a few enemies. That said, apart from one or two clips of some well choreographed fights, we never really see the conflict, we can just feel it building. And it would appear that Paul and his people aren't big fans of fear either, with Paul himself calling it "the mind killer". That pain box test looks like a lot of fun, especially with brutal honesty lady (probably Charlotte Rampling's Gaius Helen Mohiam) sharing all of her doom and gloom at the same time.

Chalamet is a good choice for this part, he's got the acting ability to carry the weight of what Paul is going through, and also to lead such a talented cast. You've got to hope that with an epic such as this that they all get their fair share of screen time. I like that we only get a brief glimpse of some characters, it's all very mysterious. Stellan Skarsgård is deliciously evil as Baron Vladimir Harkonnen, not that many of the characters look overly happy. In fact, Jason Momoa's Duncan Idaho seems to be the only happy person in this story, apart from brutal honesty lady, of course.

As I've already mentioned, the visuals are stunning. The colours alone are astounding. Everything from the sets, to the locations, the costumes and the technology (watch out for the personal defensive shields), it all looks incredible. Even the desert looks beautiful, something we know hides great dangers. Which of course means they saved the best reveal for last. Seeing the ground tremble and hearing what I think is Gurney Halleck (Josh Brolin) shout "Go! Go! Go!", you know it can only mean one thing, and it doesn't disappoint. Yes, the trailer ends with what Dune is best known for... sandworms. This massive creature is impressive - not only in its destructive ability but in its simplicity - you can see that a lot of work has gone into the design, and it makes for the perfect end to the trailer. Seeing two people stare into the dark void that is the worm's face is both awe-inspiring and terrifying. 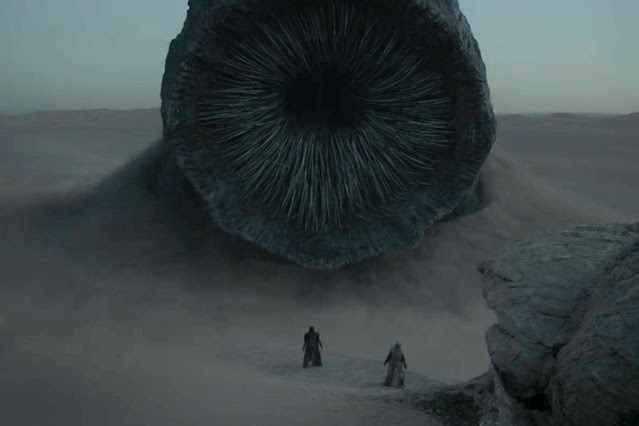 According to Denis Villeneuve, this movie covers roughly 50% of the first book, which means there is a planned sequel. But will we get to see it? Past adaptations of Dune haven't necessarily done well, but I believe Villeneuve is the director to change that. This trailer is impressive, and it has left me wanting to see more of this epic adventure. Here's hoping that Dune is the Christmas blockbuster of 2020. Hey, if it works for Star Wars...
Dune lands in UK cinemas on 18th December (Covid allowing).
What did you think of the Dune trailer? Leave a comment below or find us on Facebook and Twitter. You can also email us moviemoustache.com.