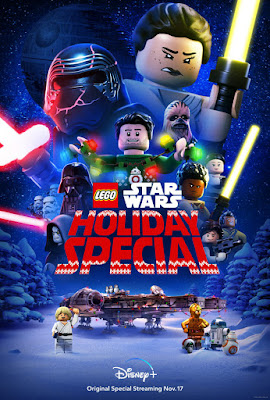 It may only be November, but Disney is wasting no time in getting the festive ball rolling - much like everyone else. So for the latest instalment of our Lockdown Streaming Survival Guide I took a look at the 'Lego Star Wars Holiday Special' on Disney+.

Don't forget to check out the rest of our guide, you can find all of the other entries by clicking here.

After the defeat of the First Order, Rey and her friends are looking forward to their first Life Day celebration together. But Rey is struggling to teach Finn in the ways of the force, and a chance discovery in the 'Sacred Jedi Texts' sends her in search of a lost Jedi temple, which contains "a key to the galaxy's past". Something she hopes might aid in the training of her padawan. All the while the rest of the gang prepare for the big party. 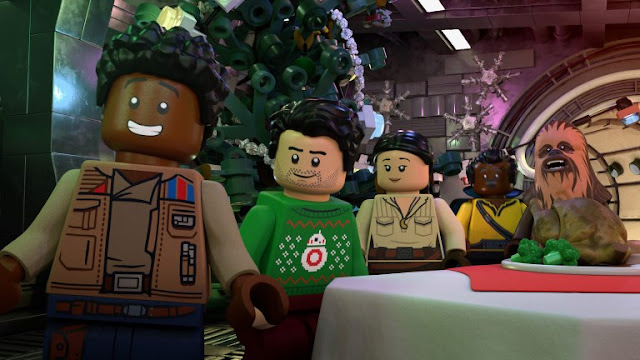 Given the notoriety of the original Star Wars Holiday Special, you'd figure even mentioning the words "holiday" and "special" in the halls of Lucasfilm would be grounds for dismissal. But George Lucas has handed over the reins of the popular franchise to a new generation, a generation that clearly isn't afraid to rehash the old into something new...ish. So here we have it; a whole new Star Wars Holiday Special, only it's the Lego Star Wars Holiday Special - a combination that demonstrates how perfectly these two brands go together.
What follows over the next 45 minutes is a fun-filled, festive adventure, a hybrid of Star Wars and 'A Christmas Carol', built entirely from Lego. Some of the major cast members even return to voice their characters, including Billy Dee Williams, Anthony Daniels and Kelly Marie Tran. Although this does unfortunately show up some rather hammy voice-acting, where rather than simply voicing their characters, they put too much effort into trying to impersonate the actor who played them in the movies. As the gang struggle hilariously with party planning, and Rey visits famous moments from the entire Skywalker saga, a new threat evolves which leads to some interesting encounters and a few hilarious shenanigans - watch out for the shots of Death Star 2 over the Forest Moon of Endor. In many ways it's like a family-friendly version of Robot Chicken's take on Star Wars, especially when the Emperor and Darth Vader are on screen. A scene in which Emperor Palpatine encounters a shirtless Kylo Ren is rather funny. 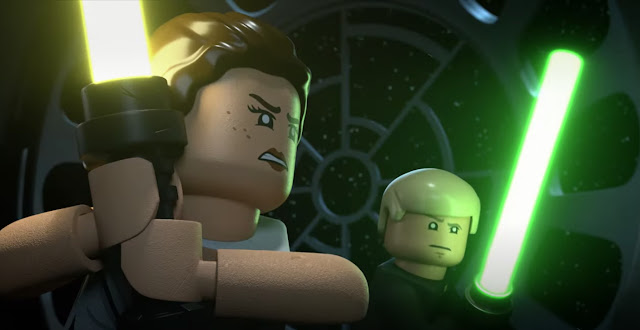 This new adventure does unfortunately share at least one problem with The Rise Of Skywalker; at times it does feel a little crammed. The short runtime means things feel a little rushed at times, like the writers tried to fit a reference to every Star Wars movie into the story - even Mando and the Child make an appearance, although I actually quite like that one - so the pacing can be a little all over the place. Thankfully, once the plot moves past the initial excitement of visiting Star Wars history the pace does settle back down. Once that happens that fun-filled, festive adventure properly kicks in and we fans get a better close to the Skywalker saga than The Rise of Skywalker. I did mention this was filmed in Lego, right? 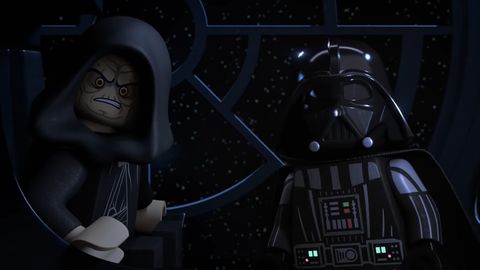 Lucasfilm have put Disney's considerable budget to good use by travelling back in time to correct a mistake of the past. The original Star Wars Holiday Special, it seems, was missing a very special ingredient, which was of course, Lego. This new version perfectly captures the spirit of Christmas... I mean Life Day... with a new adventure through a Lego galaxy far, far away that's fun for all the family.
7/10 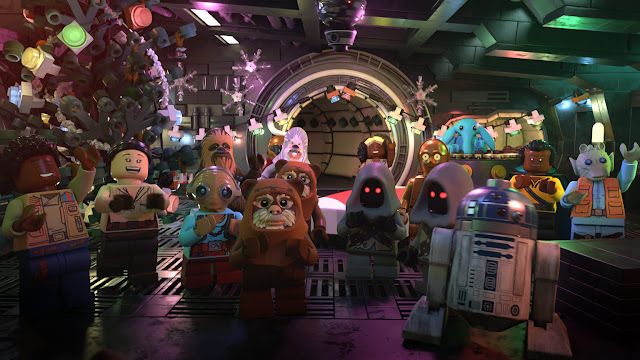 What did you think of the 'Lego Star Wars Holiday Special'? Leave a comment below or find us on Facebook and Twitter. You can also email us at moviemoustache@gmail.com.