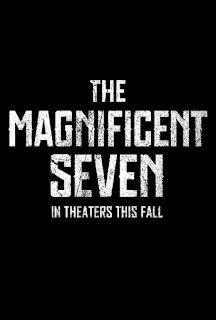 The classic movie that was a remake is getting a re-imagining. Antoine Fuqua is bringing The Magnificent Seven back to the silver screen with Denzel Washington and Chris Pratt in the starring roles. 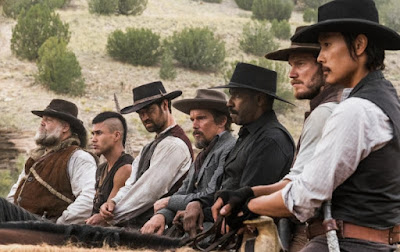 Could this be a sign that the western is making a return or are they flogging a dead horse? The trailer is mostly action shots, you get the basic premise; a town is being victimised by industrialist Bartholomew Bogue (Peter Sarsgaard), the townspeople raise what little funds they can to hire gunfighters to protect them. As a widow puts it "I want righteousness...but I'll settle for revenge". What follows are gunfights, explosions and a bad guy being bad. Denzel being...Denzel and Chris Pratt's funny tough guy are good choices for the lead roles, add to that Ethan Hawke, Vincent D'Onofrio, Byung-hun Lee and Peter Sarsgaard and you've got a strong cast. It looks like The Magnificent Seven will be a fun movie with a mix of action and humour, like classic westerns (and pretty much every action movie) the clean cut yet rough round the edges good guys take on the evil bad guy to save the town. But if it ain't broke, don't fix it! 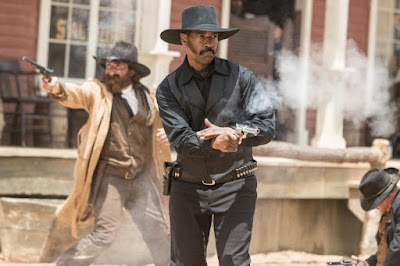 Antoine Fuqua has demonstrated in the past that he is a very capable Director, with credits like Training Day, Tears of the Sun, Shooter, Olympus has Fallen, King Arthur and The Equalizer. He could be the one to breathe new life into the western, and to do it he's teamed up with Denzel Washington and Ethan Hawke which for Training Day proved to be a winning combination. The movie will also reunite Chris Pratt with his Jurassic World co-star Vincent D'Onofrio. 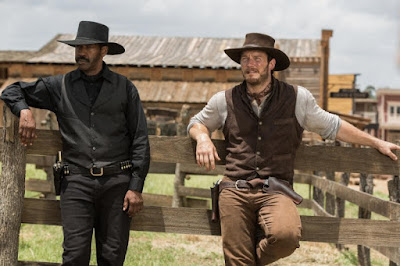 The Magnificent Seven is being called a re-imagining because all the characters have been changed but the premise is the same. I say the characters are different but Washington's Sam Chisolm is clearly a substitute for Yul Brynner's Chris Larabee Adams and Pratt's Josh Farraday is stepping in for Steve McQueen's Vin Tanner. But maybe the difference there is the relationship between the actors, it's well known that Brynner and McQueen didn't get along because Brynner was afraid McQueen would upstage him. McQueen made sure he was doing something to draw attention to himself in every scene he shared with Brynner such as adjusting his hat or checking the ammunition in his shotgun. But to their credit, this rivalry doesn't get into the movie, on screen Chris and Vin appear good friends. The question is will Washington and Pratt have a better relationship on set? 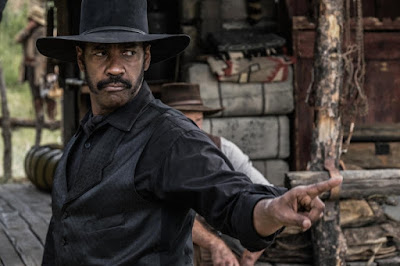 How long should you wait before remaking a movie? It's been 56 years since the original was in cinemas, as it stands this is a long time to wait to remake a movie or re-imagine a popular character. Spider-Man has been played by three different actors in three different movie universes in the last 14 years, the Ghostbusters remake arrives this summer 32 years after the original and Ben Affleck brought Batman back to life four years after Christian Bale put him to bed in The Dark Knight Rises. A lot of people who see Antoine Fuqua's Magnificent Seven won't realise they're watching a remake but will it make westerns cool again? As a child I loved watching westerns like The Magnificent Seven, Return of the Seven, Rio Bravo, The Sons of Katie Elder, True Grit, Rooster Cogburn and even Back to the Future Part 3 but these days they seem to have gone the way of the cattle drive. Maybe the death of John Wayne - the King of westerns - was the final nail in the coffin. It may not save the western, but given the cast and the director I think it has a chance to be a good movie because everyone loves an underdog story.