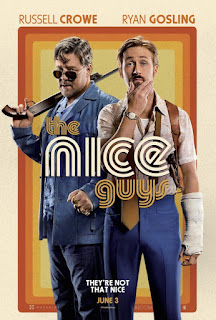 In 2005 Shane Black released his directorial debut Kiss Kiss Bang Bang; the story of a thief (Robert Downey Jnr), a Private Detective (Val Kilmer) and a failed actress (Michelle Monaghan) caught up in a murder conspiracy in modern day Hollywood. Despite doing well at Cannes it got a limited release and just made back its budget at the box office. 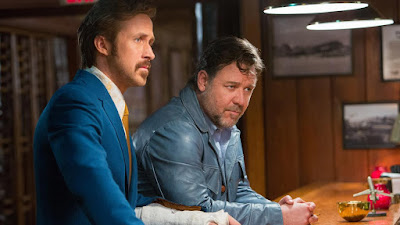 Today, Kiss Kiss Bang Bang is a cult classic but it's unlikely we'll ever see Harry, Gay Perry and Harmony get a sequel. But we may get something close to it. This June sees the release of Shane Black's The Nice Guys starring Ryan Gosling, Russell Crowe and Kim Basinger. Set in 1970's Los Angeles; Private Investigator Holland March (Gosling) and Enforcer Jackson Healey (Crowe) are hired to find Basinger's missing daughter Amelia (Margaret Qualley) while at the same time investigating the seemingly unrelated death of a porn star. During the course of their investigation they stumble into a criminal conspiracy which somehow links to Amelia. 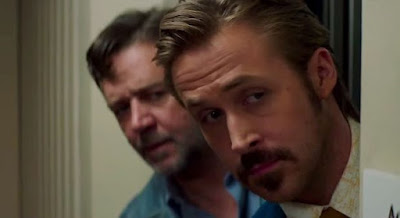 The Nice Guys is a buddy comedy, conspiracy thriller reminiscent of Black's earlier work, including Lethal Weapon and The Last Boy Scout. Gosling's on-screen daughter following the pair around is definitely reminiscent of the latter. Crowe and Gosling appear to have great chemistry which apparently mirrors real life. According to Total Film both Crowe and Gosling liked Black's combination of madcap comedy and American corporation corruption. 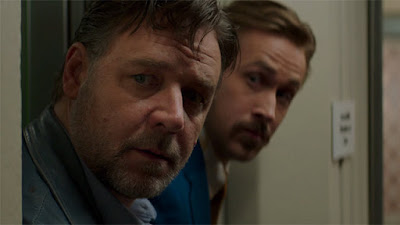 From the trailer, Crowe's performance resembles his character Bud White from L.A. Confidential, in fact if you didn't know better you'd think he was reprising the role in a follow up to the 1997 classic. What makes this even more strange is that The Nice Guys marks the first time Crowe and Basinger have worked together since L.A. Confidential. 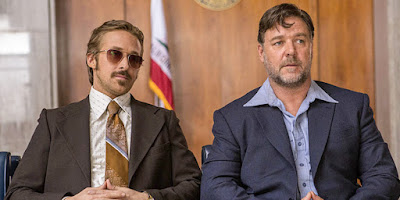 If you enjoy thrillers with comic undertones and/or buddy comedies, are a fan of Shane Black or are just looking for something other than one of the many superhero super smashes out this year, The Nice Guys should definitely be on your list of movies to watch.