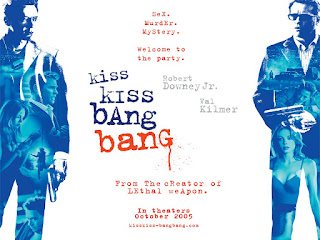 With the release of Shane Black's The Nice Guys just over a month away, I thought it would be a good idea to re-visit his directorial debut and one of my favourite movies of all time; Kiss Kiss Bang Bang. 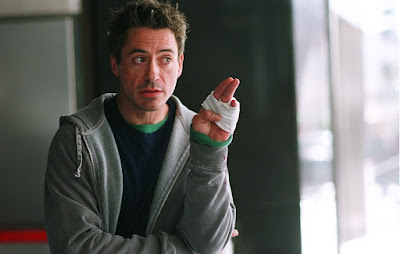 In New York, petty thief Harry Lockhart (Robert Downey Jr.) runs from Police straight into a movie audition, he quickly finds himself in Hollywood mingling with A listers, where he's reunited with his high school friend and failed actress Harmony Faith Lane (Michelle Monaghan). To prepare for his role he's given "Detective lessons" by Perry van Shrike A.K.A Gay Perry (Val Kilmer), a Private Detective working for the movie company. When a surveillance gig goes slightly wrong Harry finds himself in the middle of a criminal conspiracy, in order to stay alive Harry, Perry and Harmony must solve "the case of the dead people in L.A." 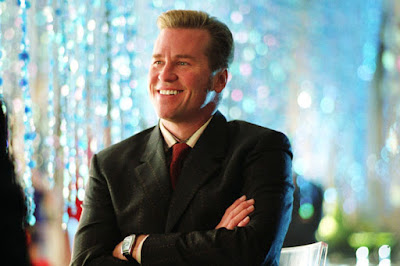 Harry Lockhart narrates the movie just like the main character in many classic mysteries. But Harry brings his own spin to the process, whilst ripping on movie cliches, movie production companies and the audience he's hilariously crap at narrating! The movie is not only a tribute to classic detective movies, it's also Shane Black at his best. The relationship between the three main characters is really fun and very believable, it genuinely looks like the cast had fun working together. Val Kilmer went teetotal during production because Robert Downey Jr was a recovering alcoholic. According to IMDb "Gay Perry is considered to be the first openly gay character to front a Hollywood action movie". There's definitely some good action scenes but I would personally describe Kiss Kiss Bang Bang as a mystery thriller rather than an action movie. There's also an excellent guide on how to get rid of any dead bodies found in your hotel room and how not to play Russian Roulette. 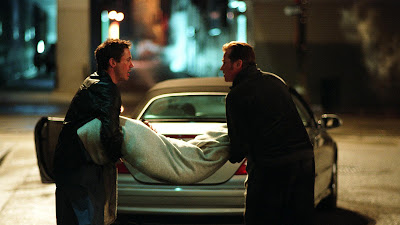 The movie received generally good reviews, it got a standing ovation at the Cannes film festival and has an 85% rating on Rotten Tomatoes as well as an 87% audience rating. Metacritic gave a rating of 72/100 and it was voted "Overlooked Film of the Year" 2005 by the Phoenix Film Critics Society. 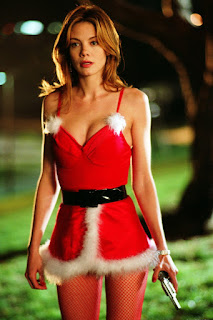 Kiss Kiss Bang Bang was given a budget of $15 million which by Hollywood standards is low, but given the quality of the movie makes Black and Co's achievements all the more impressive. Warner Bros. offered a bigger budget with Harrison Ford in the detective role but Ford turned it down. Due to a limited release, the movie only made $4,243,756 in the US and $11,541,392 outside the US for a grand total of $15,785,148. Despite the meagre box office takings Kiss Kiss Bang Bang is regarded a cult classic. 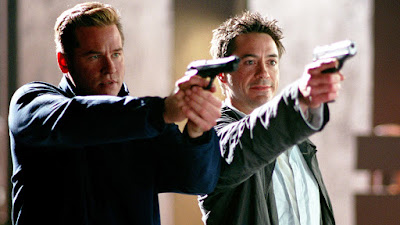