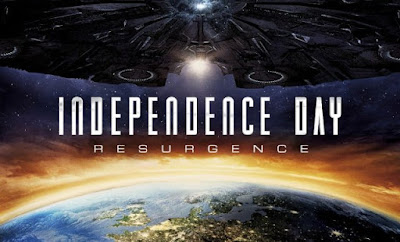 The wait is finally over, after twenty years the evil aliens have returned in the sequel to the 1996 smash hit Independence Day. Independence Day: Resurgence is the bigger, badder brother to the original with an estimated $165 million budget, state of the art special effects and a massive ensemble cast made up of new and returning characters. But the question is; was it worth the wait? 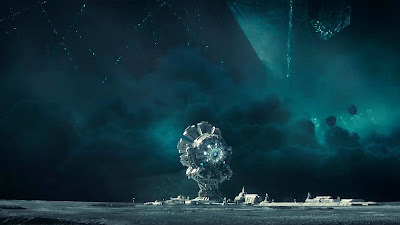 Twenty years after the "War of 1996" we find the world to be a very different place. Countries have united; utilising alien technology to not only build a better world but also to prepare for future alien attacks. Jeff Goldblum returns as David Levinson who is now the Director of Earth Space Defence (ESD), a global military organisation responsible for protecting the Earth from another alien invasion. President Whitmore (Bill Pullman) after serving two terms in office is retired and still suffereing effects from the alien telepathy. Doctor Brackish Okun (Brent Spiner) has been in a coma ever since the incident in which he tried to examine a live alien and in his last performance before his death Robert Loggia makes a cameo appearance as General Grey. On the twentieth anniversary of the 96 attack, the aliens return having responded to a distress signal. Naturally, with a bigger budget and better special effects the stakes are higher and the ships are bigger. The human race has developed better ships and weapons using left over alien technology, which has enabled them to achieve deep space travel. The ESD has established bases on the Moon, Mars and Rhea (Saturn's second largest moon). But the aliens have bigger and better weapons too, including a new space ship that's 3000 miles wide. They're also bringing along a Queen this time and to quote Jeff Goldblum's character Ian Malcolm from The Lost World: "Mommy's very angry!" 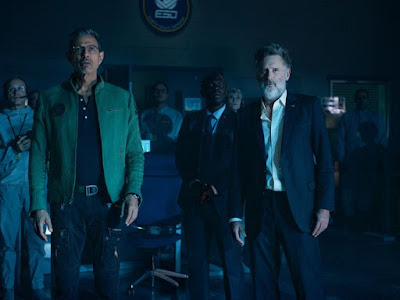 Once again Roland Emmerich has delivered a big, ridiculous yet fun and enjoyable popcorn movie. Resurgence may not be as good as the original but it is a fun way to spend two hours and it's good to see what the characters we love from the first movie have been up to. How often in movies do we get to see what happens after the invasion has been stopped or the crisis averted. When I watch the end of Independence Day I think what now? Millions dead, many cities destroyed, Houston is a radioactive pit and there's alien wreckage everywhere. The President and co. drive out into the desert to find Levinson and Hiller (Will Smith), when they find them alive everyone's happy and congratulating each other. But where do we go from here? Now, thanks to Resurgence, we know. 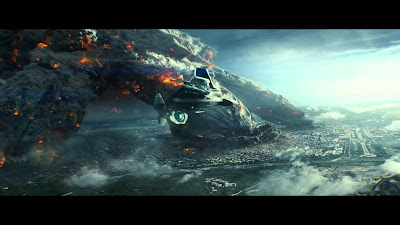 The 3000 mile wide ship touches down

There are those who have problems with Resurgence. They say it's too cheesey or ridiculous, but it's a movie about an alien invasion, twenty years after an alien invasion that failed. I agree that Resurgence isn't as good as the original, but that doesn't make it a bad movie, it's meant to be fun and that's exactly what it is. In Independence Day, Levinson cripples the alien shields with a Mac laptop, thank god Apple software is alien compatible! Maybe Steve Jobs was an alien. My point is; sit back, relax and watch a rag tag bunch kill evil aliens. And thanks to modern technology you get to see this more up close and personal. The film makers were able to do more with the individual aliens; Congolese Warlord Dikembe Umbutu (Deobia Oparei) has a method of killing the aliens which is something to watch out for. That's not to say Resurgence doesn't have its problems because it does. It's essentially the first movie over again with better special effects. Will Smith is missed, but not that much. The distress signal the aliens send in 1996 includes footage of President Whitmore's rousing speech, but I don't remember seeing anyone on that runway filming the event. It's ok though, the footage is closely zoomed in on Whitmore's face so you don't see the extra with bad acting skills give a really cheesey salute. After the first act it develops into an us and them story between the new and returning cast. Judd Hirsch's story felt forced, like it was done for the sake of it and I honestly couldn't care less about the new characters he was with. And that's saying a lot because Hirsch's character Julius Levinson was one of my favourites in the first movie. Not to mention the annoying accountant played by Nicholas Wright, his character is just a piss poor attempt at comedy. We're also introduced to a ship that's supposedly the only one to have landed in 1996, it is never mentioned or seen in the first movie. Without getting into spoilers, its introduction calls into question all of the aliens' tactics during the 96 invasion. Put simply, if they'd had this ship, they didn't need to go around blowing up cities and engaging our military forces because they would have got what they wanted and wiped us out in one foul swoop. Finally the set up for the next sequel is about as subtle as a sledgehammer. Normally an ending is left open or something obscure happens or is left behind, but in Resurgence they hit you in the face with how it will be even bigger, on an intergalactic scale! 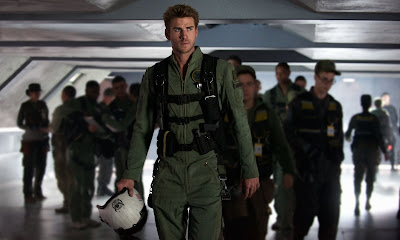 You have to ask yourself: do I like Independence Day? Do I want to see an action packed, fun filled movie with amazing special effects? If you do, go and see Independence Day: Resurgence. Just don't leave the cinema complaining it's stupid, after all it's a movie about an alien invasion, an underdog story where aliens return all pissed off with bigger, badder weapons. The possibility of a third movie is up in the air at the moment due to the negative reception of Resurgence. I personally would go and see Independence Day 3, but as a friend pointed out to me, if it goes the way we think, how will it be any different to Star Wars? 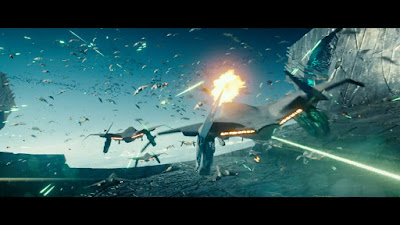