Having watched the promo video what do you think? This week I saw Ghostbusters in 4DX and it definitely made the movie more of a ride. In fact 4DX feels like it was designed to appeal to the roller coaster crowd but will you miss the experience when watching the same movies at home? 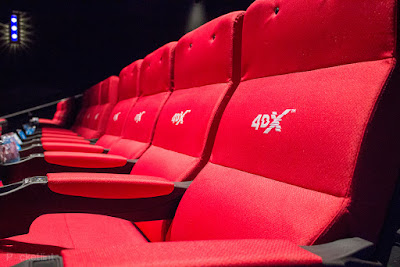 When I saw Ghostbusters for the second time I decided to view it in 4DX because I wanted to know what the "environmental effects" did for the movie going experience. If you want to know what I thought of Ghostbusters check out my Average Guy Movie Review. In my honest opinion; right now 4DX is more of a gimmick than an experience. The movement, air bursts, smoke and spraying water were more of a distraction than anything else, all of which felt out of sink with the movie. The effects like the strobe lights went off a split second before whatever they were supposed to augment happened. For example; during a subway scene, the Ghostbusters find a ghost in the tunnel who had been executed using an electric chair. The ghost levitated and as he moved he gave off bolts of electricity, the strobes on the ceiling went off before you saw the electricity on screen making the effects more annoying than anything else.

It's possible that it just didn't work with Ghostbusters, maybe it would work better with movies like Independence Day: Resurgence and Star Trek: Beyond. I'll certainly be interested to see a movie designed to be shown in 4DX but at the moment with prices at £15.60 for adults it's not really value for money. 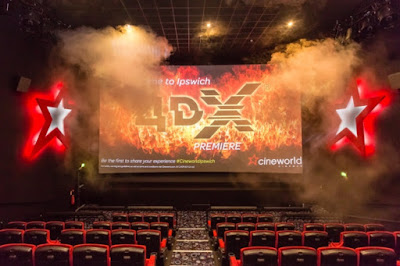 The best way I can think to describe 4DX is that it's like Marmite; you either love it or you hate it. Fans of roller coasters will most likely love it. For now, I'm not really impressed, a whole lot of movement that was unnecessary and out of sink with the movie. But that's not to say it won't get better. Right now movies aren't being made with 4DX in mind just like some movies are converted to 3D after filming is completed. When Hollywood starts producing 4DX movies I will give it another go, I'm interested to see what Directors like James Cameron can do by integrating 4DX with movies like the Avatar sequels. 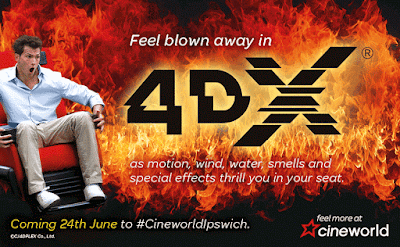