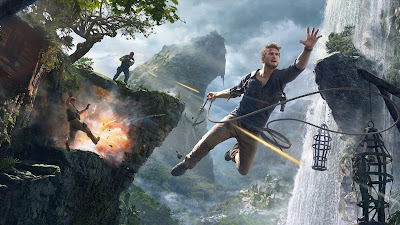 If there's one thing you can almost guarantee about Hollywood it's that it can't make a decent movie adaptation of a video game. I say almost because Michael Fassbender may prove me wrong very soon with Assassin's Creed. But look at the list:
Mediocre is a word that springs to mind. Even Warcraft: The Beginning has received mostly negative reviews despite being the highest grossing movie of all time based on a video game. So do I really want to see Nate and Sully hit the big screen? Or would Uncharted fans be better off with them staying in their PlayStations? Before you answer you should consider Tomb Raider; arguably very similar to Uncharted and those movies are terrible! 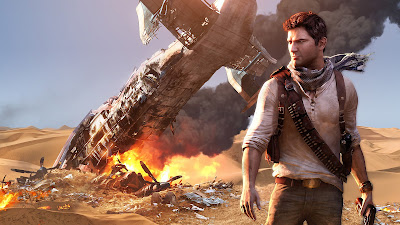 Now I'm not saying that just because the Tomb Raider movies and video game movies in general are shit that an Uncharted movie would definitely be shit. In fact Nathan Drake is basically a modern day Indiana Jones...minus the hat. And look how successful those movies were, well three out of four anyway. I know that Indy 5 has already been greenlit but considering the train wreck that was Kingdom of the Crystal Skull and the fact that Indy is old enough to claim a pension, maybe it's time for something new. You never know, if Assassin's Creed doesn't work out, Uncharted could be the video game movie to break the cycle. But would it look too much like a National Treasure movie? 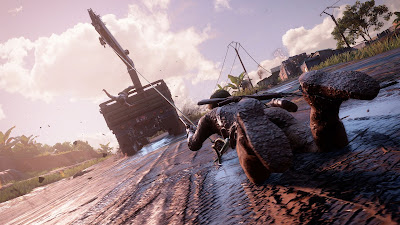 According to IMDb, the story is based on the first game: Drake's Fortune. Nate and Sully set off in search of the lost city of El Dorado. On their journey through central and South America they encounter pirates, other treasure hunters and a German U-Boat from World War 2. This certainly seems like a story that would work well in a movie. It has everything a good adventure story needs; lost treasure, pirates, ancient ruins of lost civilisations and Nazis. The writers need to strike a balance of fiction, myth and history. Grounding the story with a degree of reality will help, other video game movies seem to have lost their way in the void between fantasy and reality. Whether it be the bat shit insanity of Super Mario Bros. and Street Fighter or the quasi reality of the Hitman movies, the film makers can't seem to find a story that is respectful or even reminiscent of the video game that works as a movie. For me the story of Uncharted 4 seemed more grounded in reality therefore making it the best game of the series and that is something the writers of the Uncharted movie should pay attention to. 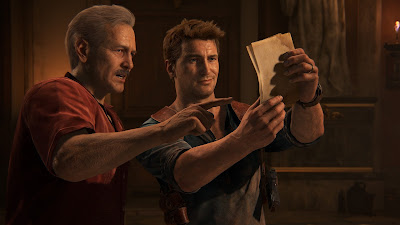 Partners in Crime: Nate and Sully

Now if this movie does happen who would you cast in the main roles? You could cast an unknown in the role of Nate but I think you need an established actor to play Sully. Sully is Nate's mentor and an older, experienced actor could mentor the new guy, this would bleed through into their performances and really cement the relationship on screen. Dare I say it but I think Harrison Ford would make a great Sully, not because he's played Indiana Jones but because he has the charisma and presence to pull off the role, he's also brilliant in any role he plays! Although he has to pull off a moustache and the only man who truly pulls off a moustache is Tom Selleck! Feel free to argue with me on this but there is no better moustache than Magnum P.I. hands down. Sam Elliott should also be considered, he closely resembles Sully, pulls off a moustache (not quite as well as Selleck) and when he speaks...you listen. Name any movie he's ever been in and I guarantee it's his lines you'll quote because of that awesome voice. For example; in We Were Soldiers he says "Kinda makes you wish you'd signed up for submarines, don't it?", bet when you read that it sounded like Sam Elliott in your head! Now that Sully's covered, who would you cast in the role of Nate? Nathan Fillion has campaigned for the role and I think he would be a good fit. He can play the intelligent adventurer as well as the charming rogue. Chris Pratt was offered the role but turned it down. There was a campaign by fans on Twitter for Brett Dalton of Marvel's Agents of S.H.I.E.L.D. to get the role #BrettforNate. Who do you think should be cast as Nate and Sully? Leave a comment below or let us know on Facebook and Twitter.

According to IMDb the current release date is 30/06/17. Now considering there isn't (to my knowledge) a director or cast attached to the project this seems unlikely at best. Uncharted has gone through a string of writers, directors and actors and the release date has already been pushed back from 10/06/16. Is it possible that the major players are in place and they're staying under the radar during the pre-production stages? Not really, if there was a cast and crew list it would be made public knowledge to create hype. Uncharted may be stuck in development Hell for a while meaning the release may be pushed back indefinitely. 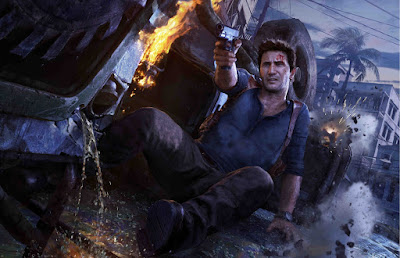 With Indy 5 slated for a 2019 release and Alicia Vikander attached to the Tomb Raider reboot, Uncharted could face some serious competition in the next few years. On top of that it's an adaptation of a video game and so far we haven't seen a good one, in fact video game adaptations seem to be Hollywood's Kryptonite! Assassin's Creed has a good chance of breaking that trend. Uncharted will either have to break the trend or live up to the movie that did. 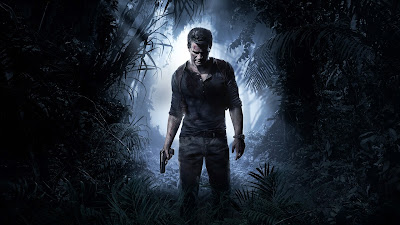