Why You SHOULD Watch the Ultimate Edition of Batman v Superman: Dawn of Justice 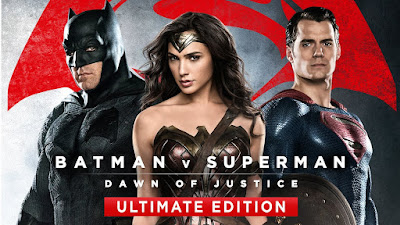 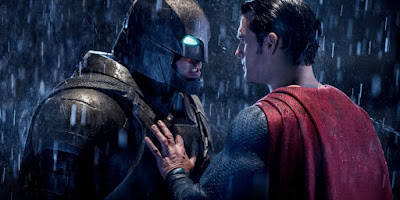 First of all, if you haven't seen Batman v Superman, don't bother with the theatrical cut. Go straight to the Ultimate Edition, it's by far the better version and not just because it's longer. The Ultimate Edition is what Zack Snyder wanted us to see, but it was cut for a lower age certificate and a shorter run time. Now I'm not sure that the changes are enough to make those who passionately hate the movie change their minds. But those who don't like the theatrical cut may be impressed by the changes, of which there are many. The extra thirty minutes go a long way towards plugging the gaps and plot holes in the story, including what happened in Africa and the aftermath, Clark's trips to Gotham, the implications of the "Bat Brand" and Lois' investigations into the mercenaries and the mystery bullet. Does it solve all of the problems? No, there are still some issues, but show me a movie that doesn't have issues.
﻿

As much as I enjoyed Batman v Superman when it arrived in cinemas back in March, and I really did enjoy it. I left the cinema feeling like something was missing. Those missing pieces of the puzzle left a lot of unanswered questions. Like; why did the US Government think Superman shot a group of African Rebels? Why didn't Superman stay and help after the bombing of the Capitol Building? How did he miss the bomb in the first place? How does Lex know that demons from another world are coming? He tells Batman "the bell has already been rung". Is he just batshit insane? Well the answer to that last one is a defintite YES! The Ultimate Edition tackles a lot of these questions.﻿


There are some questions that are left unanswered. The biggest of which to me is how come Superman can tell when Lois is in trouble but not when his mother is? Lex's very complicated plan still depends on a lot of outcomes but as I pointed out in my Average Guy Movie Review, Lex is psychotic, his plan doesn't have to make sense to us. You do get to see more of his work to discredit Superman and tie up loose ends.


I know three hours can feel like a long time when it comes to movies, but it is worth it to see what Batman v Superman should have been. Thanks to the extra thirty minutes included in the Ultimate Edition, the story makes a lot more sense. It's interesting to wonder if fans would have been so divided over the movie if the studio had just released the Ultimate Edition in the first place. The movies in the DCEU are constantly compared with those in the MCU. In my opinion it's good that DC are moving in a different direction to Marvel, especially when movie fans complain that Hollywood has become oversaturated with superhero movies.  ﻿

If you don't believe a word I've said, watch the video below courtesy of the YouTube channel CinemaWins. It has been pointed out to me that you shouldn't have to watch a YouTube video to understand or enjoy a movie but the video does contain some interesting interpretations of key scenes in the movie, including the infamous "Martha" scene. As always let us know what you think of Batman v Superman: Dawn of Justice by leaving a comment below or find us on Facebook and Twitter and don't forget to check out the CinemaWins channel on YouTube.