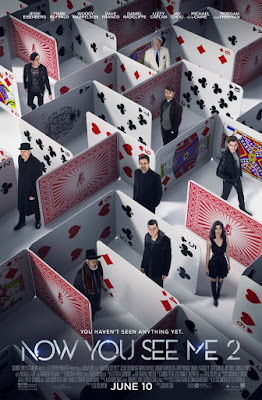 Back in July 2013, I was on a ferry coming home from a holiday in Europe, the journey would last all night and I was on my own. After boarding I was relieved to find there was a cinema on board, that night's viewing was Now You See Me. I have to admit I was less than excited about this movie but with nothing better to do I thought: why not? As it turned out, Now You See Me was ridiculous, but it was light-hearted, ridiculous fun that I actually quite enjoyed. Skip ahead to present day and Now You See Me 2 has arrived, but has it captured the magic of the first movie? 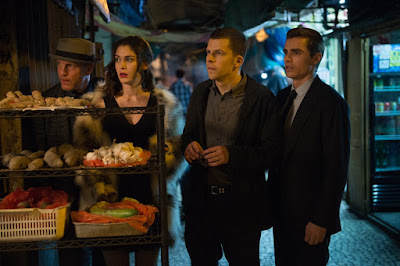 Set a year later, the Horsemen are in hiding and are getting restless. When their next performance goes wrong, the Horsemen find themselves in Macau, where they are forced to work for the mysterious Walter Mabry (Daniel Radcliffe). What does he want and what are his true motives for exposing them? In order to avoid the authorities and expose Mabry, the Horsemen have to pull off one more grand performance. 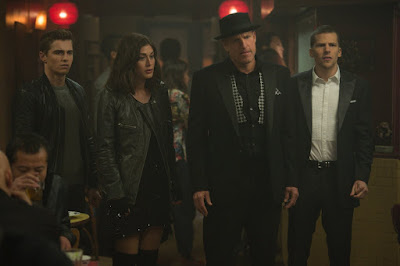 I think it's fair to say that where the first movie was ridiculous fun, the sequel was just ridiculous. Now You See Me 2 suffers from typical sequel-itus, they've taken the original and tried to do it again but bigger. That's not to say there aren't any fun moments because there are. One such scene halfway into the movie involves the theft of a computer chip from a high security vault, it's silly but at the same time fun to watch. Generally the performances are good but the cast have been let down with mediocre material. Daniel Radcliffe's performance as the villain is very good, he's not cartoonish or over the top evil just intelligent and prepared. However, the same cannot be said of Woody Harrelson's performance as his character's evil twin. The character is completely unnecessary and Harrelson's performance is way over the top, but watching the documentaries on the Blu-Ray, you get the sense that the writers and director were inexplicably pleased with the idea and its execution. 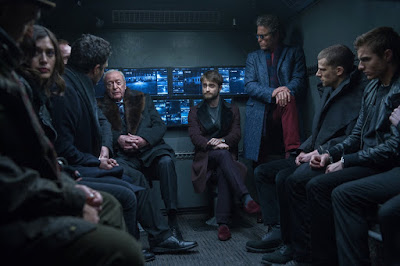 Now You See Me turned out to be a bit of fun escapism. The Robin Hood tactics of a talented group of magicians are fun to watch as they pull the wool over everyone's eyes, including the audience. The problem with Now You See Me 2 is the first time round you weren't expecting the twists. Now you not only expect them you see them coming a mile off, it feels like the writers have tried to compensate for this by increasing the spectacle of the illusions. In order to connect the two movies they've tried to extend the plot of the original and inject more mystery into it, which feels like nothing more than an excuse to get Morgan Freeman and Michael Caine on the poster. Maybe Now You See Me 2 could have benefitted from an original story, but I personally think it worked better as a stand alone movie with the fate of the Horsemen shrouded in mystery. 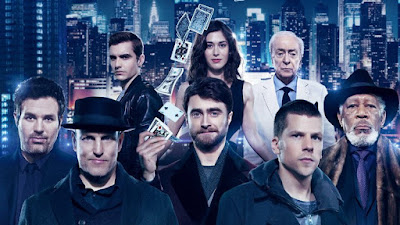