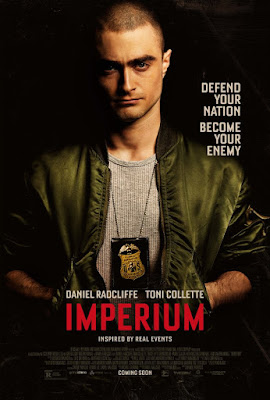 I think it's fair to say I've never been a fan of Daniel Radcliffe. But then I never liked Harry Potter, so that would explain why I never liked him as an actor. Over the last few years, Radcliffe has been desperately trying to break away from the wizard that made him famous. In his attempts he has played a guy who grows horns in 'Horns' and the creator of Grand Theft Auto in 'The Gamechangers'. I thought Radcliffe's performance as Sam Houser was good but the character was a giant dick so it didn't really do anything to alter my opinion of him. All of that changed when I watched Imperium. Inspired by the career of former FBI Agent Michael German, Radcliffe plays an undercover Agent who infiltrates a white supremacist group, looking for stolen Caesium-137. 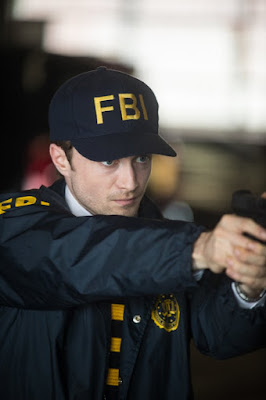 'Imperium' is latin, but it's commonly used in German meaning 'Empire'. According to IMDb "Neonazis do frequently refer to a "Western Imperium" as a theoretical future global empire following their political and philosophical views". This is the sort of story that really awakens you to the fact that terrorism and hate don't necessarily come from abroad, sometimes it's from within. I don't want to get political with this - I write about movies - but in a world where so many are so quick to blame certain ethnic and religious groups this is a real eye opener. 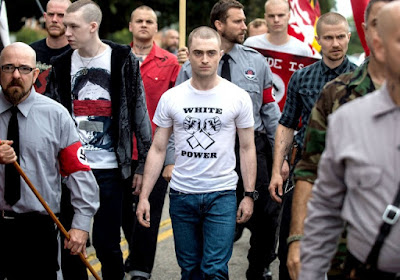 It's funny that a movie about domestic terrorism and far right politics in the US has two Brits as the front runners. Toni Collette plays Angela Zamparo, boss and handler to Radcliffe's Nate Foster. Both of whom deliver excellent performances as agents working in one of the most dangerous and stressful fields in law enforcement. It's great to see Radcliffe's transformation from clean cut FBI Agent to skinhead white supremacist, watching him learn his cover and build this new life. Director Daniel Ragussis, in his feature-length directorial debut has done a really good job to deliver an authentic feeling movie. There is an easily predictable twist, but apart from that it's a very compelling story. At no point does this glamourise the subject, it's as far from Miami Vice as you can get! 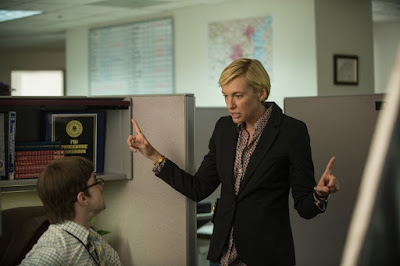 What makes this movie interesting is the struggle Radcliffe's character faces. Trying to be a cop while at the same time appearing to be something else to those around him. He has come a long way since Harry Potter and I hope to see him in more roles like this. Imperium is available to purchase on Blu-Ray, DVD and Digital now. 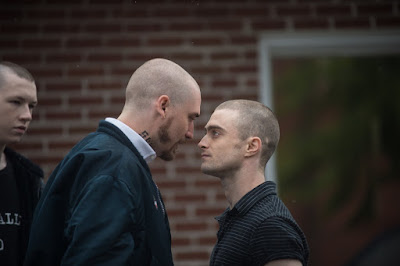