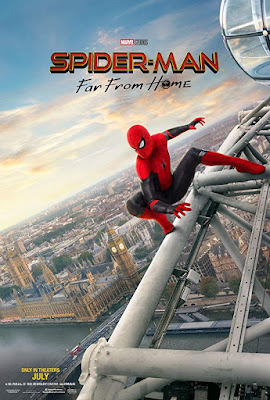 Eight months after "the snap" was undone, life has returned to a relative degree of normality. Some people are five years older and some are not, a nightmare for most, but more so for teenagers. After all that has gone on, Peter Parker (Tom Holland) wants a break from his duties as the friendly neighbourhood Spider-Man, so he's heading off for a vacation in Europe with his friends. But Nick Fury (Samuel L. Jackson) has other plans for the Web Head. It seems Fury and his team are having trouble with some monsters of the elemental variety, and the warrior hunting them might need some help. Will Peter get to spend some time with MJ (Zendaya), or will the "Night Monkey" come between them?

The gang is all back - in more ways than one - and director Jon Watts is leading them on another great adventure. Marvel appears to have learnt a lot from Spidey's previous solo outing in the MCU. Homecoming suffered from bad trailers spoiling far too much, including some of its biggest set pieces. The same cannot be said for Far From Home! It is full of surprises, and the trailers barely scratch the surface. If Homecoming was like the works of John Hughes, Far From Home is more like Marvel does National Lampoon's European Vacation, except Peter doesn't have a Clark Griswold to offer him advice. This is still the adventures of a friendly neighbourhood Spider-Man, just in different neighbourhoods. And no matter where Peter and his friends go, trouble always seems to follow them. 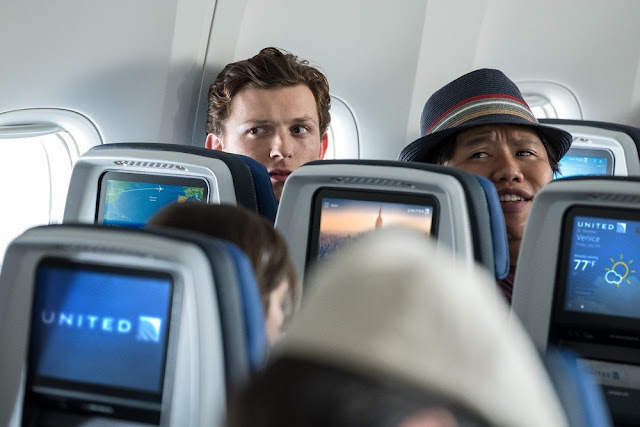 This of course leads to some impressive set pieces (Berlin being the standout), more challenges for Spidey and Peter, not to mention some fancy new suits, and one of the most interesting villains the MCU has seen so far. In some ways Far From Home is a lot like Now You See Me...the closer you look, the less you see! The action starts fairly early on with the gang arriving in Venice, only to be met by a strange creature made entirely of water (lets hope it's only water in those canals!). The Elementals are creatures made up of Earth's four main elements, the only problem is...they aren't from our Earth! Seeing the Elementals come to life is amazing, the effects really are outstanding and only get more impressive as the movie goes on. Each creature looks and moves differently from the last, and obviously come with their own unique hazards - apparently you can't web water. 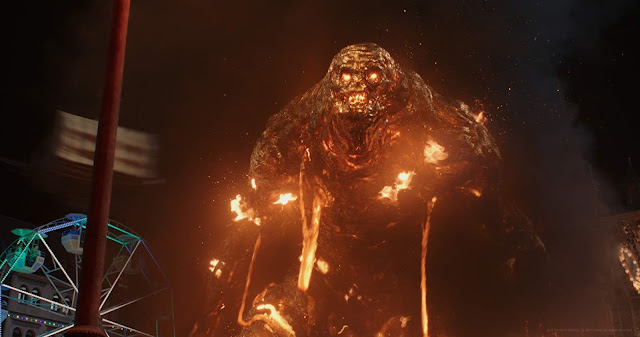 Peter is also introduced to a new player in the game; Quentin Beck AKA Mysterio (Jake Gyllenhaal). He's a warrior from the same world as the Elementals and Gyllenhaal was the perfect choice to play this very multi-layered character. We're used to seeing him play dark and brooding, but here he's actually quite fun (something Gyllenhaal appears to be having a lot of), and the chemistry he has with these Marvel veterans - especially Holland - is perfect. 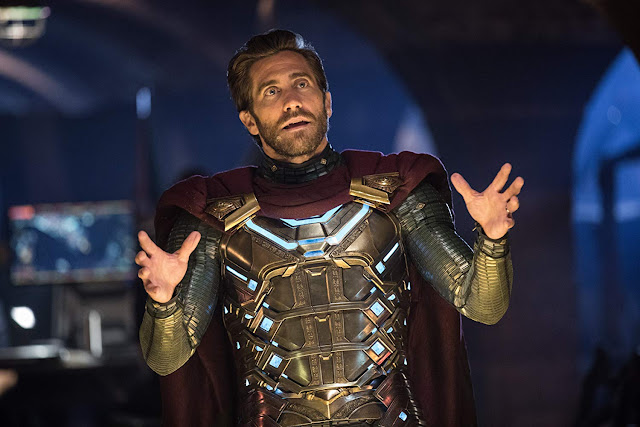 It's fair to say that Peter is at a real low point, his life has literally been on hold for five years, his mentor and friend is gone - something he's reminded of everywhere he goes - and he's under pressure to fill Iron Man's shoes. Worst of all, Happy Hogan (Jon Favreau) may be dating Aunt May (Marissa Tomei). All of which are major issues for a teenager, and this is what sets Tom Holland apart from the other actors who have portrayed Spider-Man; when I see him as Peter Parker - the way he looks and acts - I genuinely believe he's a teenager. 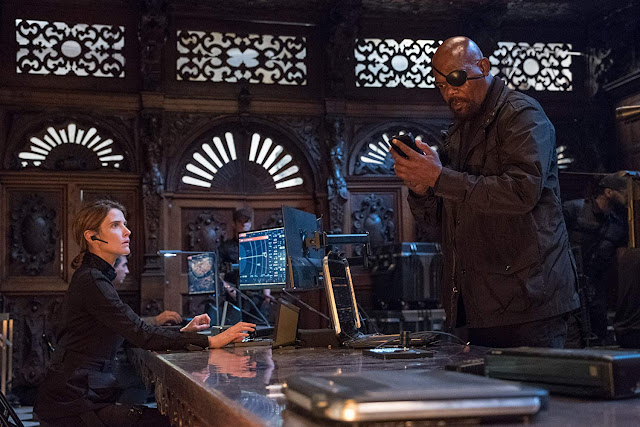 The same goes for his friends, especially Zendaya and Jacob Batalon, both of whom return to their roles with the same energy that endeared us to their characters back in Homecoming. We see it in their relationships and interactions, both with each other and the adults in their lives - particularly those between Peter and Nick Fury, Happy Hogan and Mysterio. It's one of the reasons why the MCU remains so fresh; a wealth of interesting characters who provide different perspectives on this world. 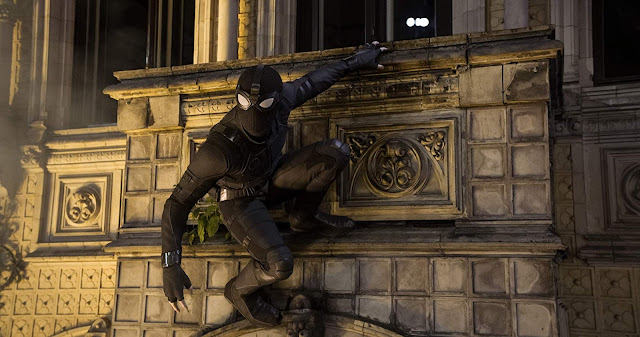 Much like Ant-Man and the Wasp, Far From Home is a lighter follow up to a heavy hitter - in this case Endgame. It does make a refreshing change to lighten things up a bit, but Jon Watts still had a big job here. He had to deal with the aftermath of Endgame - which he handles through Peter and a hilarious recap/update courtesy of the school news network - and close out Phase 3, as well as telling his own story. Watts does all of this perfectly, and don't think that because this is a little lighter than the last few movies our heroes can rest on their laurels. Nope, Far From Home carries with it some serious ramifications, both for Spider-Man and the MCU - the mid and post credit scenes are definitely worth sticking around for. 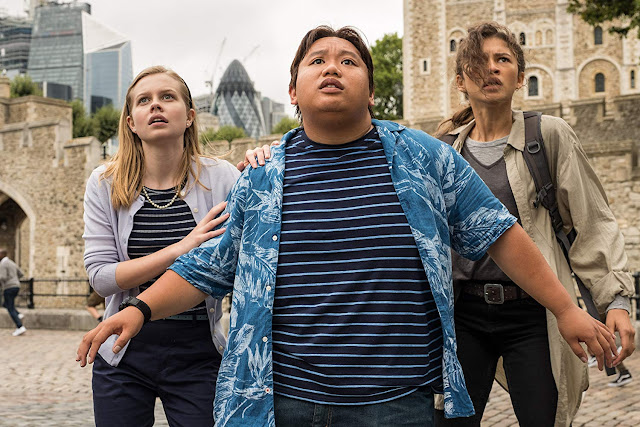 Another perfect example of why Spider-Man should definitely be left in the safe hands of Kevin Feige and Marvel Studios. Far From Home is yet another standout adventure for the Web Head. It works both as a standalone story, a closer for Phase 3 and as a bridge into the upcoming Phase 4. Spider-Man may have been through a lot, but there's definitely more to come, and I can't wait to see how the revelations seen here play out in the future. What did you think of Spider-Man: Far From Home? Let us know by leaving a comment below or find us on Facebook and Twitter. You can also email us at moustachemovienews@gmail.com
﻿
﻿
﻿