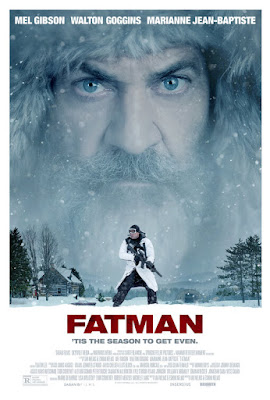 I never thought I'd see Mel Gibson playing Father Christmas, but that's exactly what we've got in the trailer for his new movie; 'Fatman'. And as you can imagine, it's not your usual kind of Christmas movie. If you haven't seen it, or you just want to watch it again, you can check out this awesome trailer below:
It seems that Santa is going through a low patch, he's not feeling as appreciated as he used to - a fair reaction when people are trying to shoot you whilst you attempt to deliver presents. But when he leaves coal in the wrong kid's present, the not so jolly old Saint Nick must face off against a deadly assassin (Walton Goggins). Let the chaos begin!

As a former member of the postal service, this movie actually feels quite relatable. Toiling away under an increasingly heavy workload and getting little to no appreciation from those I was delivering to, I remember it all very well. Although I'm glad to say that no one ever tried to kill me for mis-delivering something. But Mel Gibson's Santa seems more than up to the challenge. We've had a drunk, reprobate safe-cracker Santa in 'Bad Santa', now we've got crazy, living in the woods with too many guns Santa, and Gibson looks perfect for the role - finally that crazy beard of his comes in handy. It's kind of like Martin Riggs took Tim Allen's place in 'The Santa Clause', and he's been Santa for way too many decades. It's not all cold in the North Pole however, the relationship between Mr and Mrs Claus (Marianne Jean-Baptiste) is much like we've always believed it to be. The two actors look to have good chemistry, with Mrs Claus (known as Ruth) being the only one to whom Chris opens up. 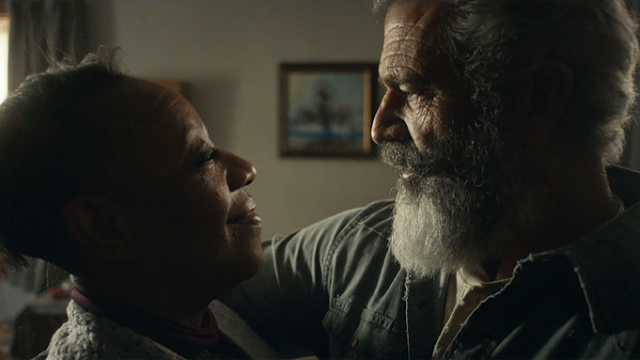 Everything looks wonderfully ridiculous in this oh so dark action comedy. Not only does it bring a hysterical new spin to the Christmas movie genre, I doubt you'll ever see Santa in the same light again. I certainly never thought I'd see him dressing his own bullet wounds. The next time you take the kid to see Father Christmas, you'll find yourself wondering where he hides his "piece", and if the elves are packing too. You'll certainly be keeping an eye on the reindeer! I love the idea that a down-on-his-luck Santa would take a job from the US military. What could they possibly want with his particular set of skills? The man is particularly good at sussing people out, as we see when he intimidatingly - and hilariously - confronts a man in a bar by asking him about his wife and kids. He's also pretty handy in a gunfight, facing off against Walton Goggins' assassin. "I've come for your head, Fatman!" the assassin yells, to which Chris replies "You think you're the first?" Now if that doesn't get you excited for a bloody Christmas, I don't know what will. 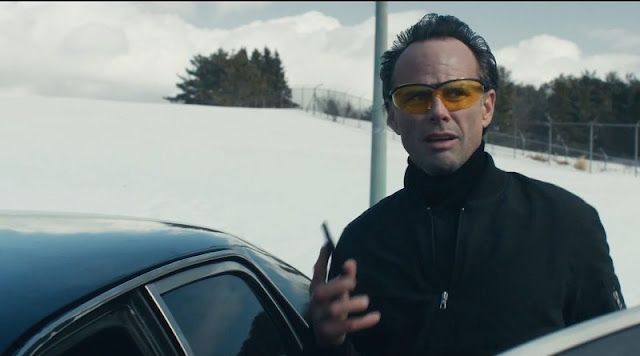 Goggins looks to be having fun as the determined yet professional killer. "I'm gonna kill some things" he tells a border guard. But the question is; is he? The brief glimpse of him infiltrating the US Postal Service to learn the location of his target is greeted with the right level of surprise, and should prove to be one of Hollywood's more absurd interrogation scenes. However it's his interactions with his client - the mini mafioso if you will - that prove to be the most entertaining. Don Miniature AKA Billy Wenan - played brilliantly by Chance Hurstfield - is listed as "Little Turd" in the hitman's phone, which should tell you everything you need to know about the little bastard. The idea of a ten year old hiring a hitman, on it's own that's comedy gold, add to that the target is Santa and the hitman actually takes it seriously, and we're surely in for one ludicrous ride. 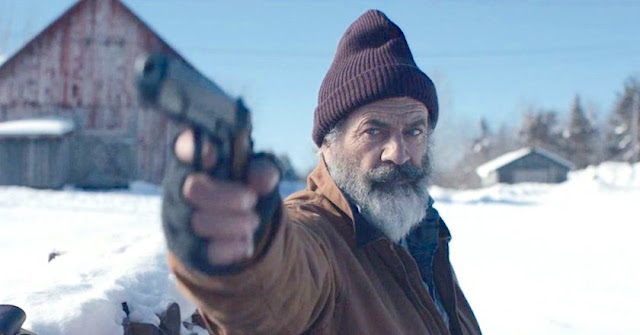 As I said before; I never thought I'd see Mel Gibson playing Santa Claus. But now that I have, I just want more! If 'Fatman' is anywhere near as hysterical and explosive as the trailer portrays, it will find a place on my list of all time Christmas favourites.
Fatman will be released on digital on 17th November 2020. 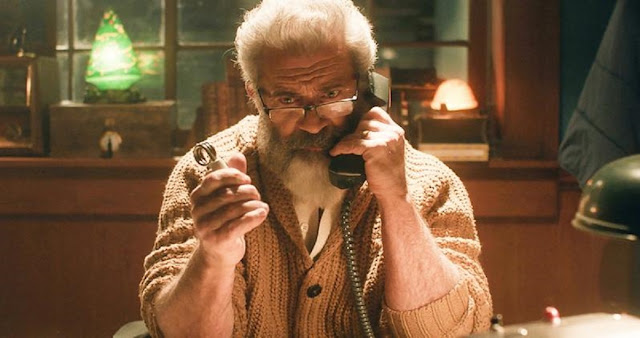 What did you think of the trailer for 'Fatman'? Leave a comment below or find us on Facebook and Twitter. You can also email us at moviemoustache@gmail.com.