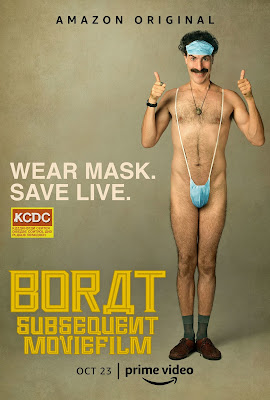 Fourteen years ago Borat Sagdiyev (Sacha Baron Cohen) made a film which brought great shame on his home country of Kazakhstan. After spending many years in prison, he is given the chance to put things right. He must return to the US&A with a gift for Vice President Mike Pence, one that will ingratiate Premier Nursultan Nazabayev (Dani Popescu) with Donald Trump and help to bring Kazakhstan into the big leagues. But Borat isn't travelling alone, this time his daughter Tutar (Maria Bakalova) - who has dreams of being the next Melania Trump - is along for the ride. 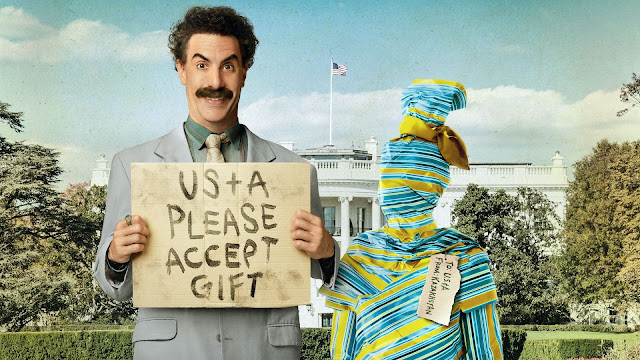 In times like these it's reassuring to know that there is someone out there who isn't afraid to face the facts, to accept our reality and to deal with it sensibly. However, I never thought that someone would be Borat Sagdiyev. Yes, the number four journalist in all of Kazakhstan is back on another hilarious adventure, and he's here to lay it all out for us, to show us the world - by which of course I mean the US - from his very unique view point. He isn't afraid to address sensitive issues like right-wing politics, feminism, religion, Instagram influencers, abortion, Donald Trump, and Covid-19. In so doing, Borat has done a lot to answer that increasingly relevant question; "How the Fuck did Donald Trump get elected President?" 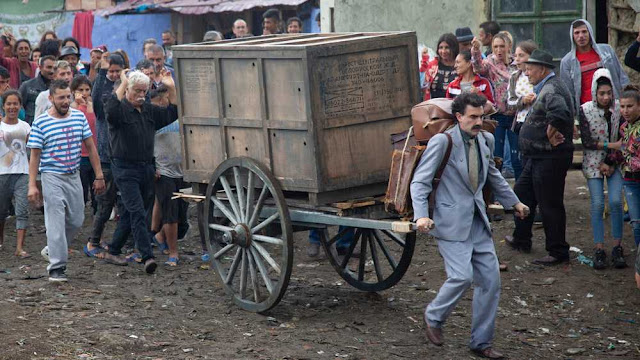 I can certainly see why Sacha Baron Cohen wanted Borat's 'Subsequent Moviefilm' released before the US presidential election. There's a lot featured in this movie that people really should see before they vote. Extreme views/groups and backward ways are brought to our attention and beautifully mocked in ways only Cohen can come up with, more often than not without those involved even aware of what's really going on. That said, this isn't quite as shocking as Borat's first movie - maybe it's because we have some idea of what to expect - it's more of a confirmation that there are Americans out there who think this way. Which admittedly can be alarming at times, although not surprising. 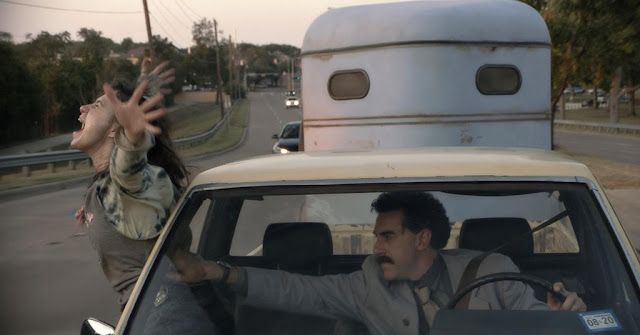 But what really makes this new adventure so entertaining is the pairing of Cohen and Bakalova. The pair are very convincing as father and daughter, and the fact that they can pull off even the most ridiculous of skits and play it straight is very impressive. Seeing the look on a Pastor's face (that's right, Pastor) who runs the Crisis Pregnancy Center, after Tutar asks him to take the baby out of her, is priceless. Between bouts of laughter you'll be questioning how and why a religious figure is running any kind of medical center. That is the brilliance of this movie; Cohen and his crew are able to challenge these absurdities in a hilarious yet equally absurd fashion. And it all works thanks to some great writing, clever camera work, and brilliant performances by Cohen and Bakalova - not to mention their ability to keep a straight face. 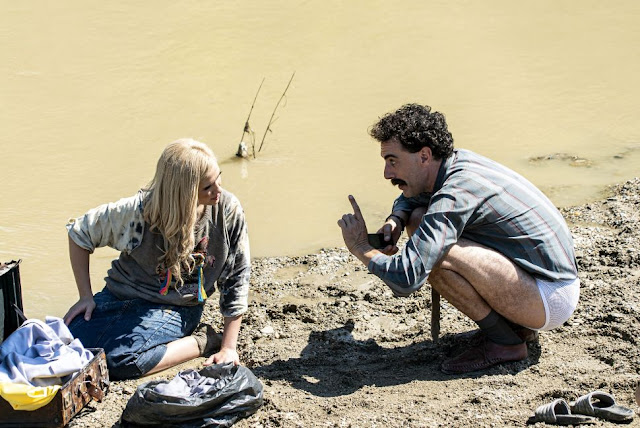 Borat is back, and he's here to open our eyes to a few things before US voters decide who will lead their country for the next four years. For the rest of us 'Borat: Subsequent MovieFilm' is a hysterical look at the more absurd side of life in the United States. It may not be as shocking as its predecessor, but it will make you laugh continuously, and that's in no small part thanks to the pairing of Cohen and Bakalova. 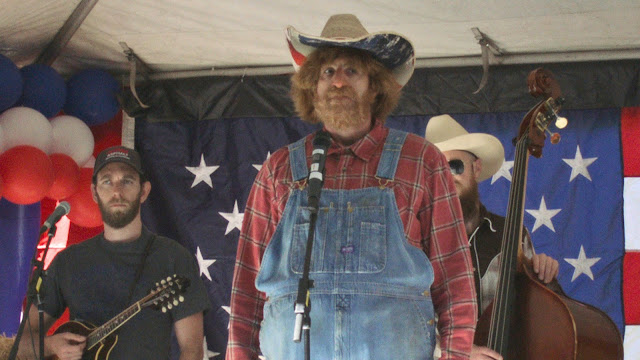 What did you think of 'Borat: Subsequent MovieFilm'? Leave a comment below or find us on Facebook and Twitter. You can also email us at moviemoustache@gmail.com.