The Trial of the Chicago 7 | Average Guy Movie Review 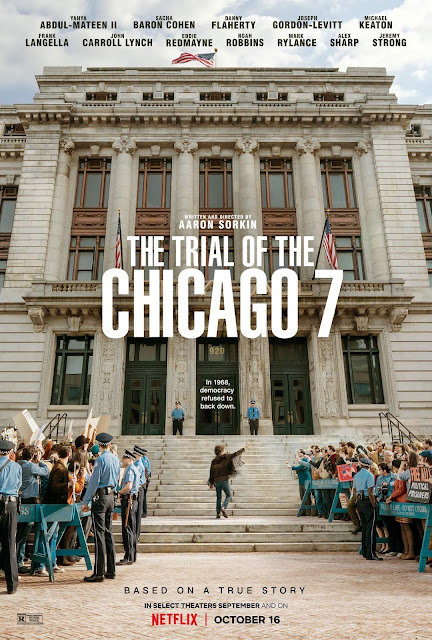 After the riots that took place at the 1968 Democratic Convention, a group of anti-war protestors were named as defendants in a show trial brought by the Nixon administration. They were charged with conspiracy and crossing state lines with the intention of inciting riots, and what followed was probably one of the most controversial trials in the history of the American Justice system. 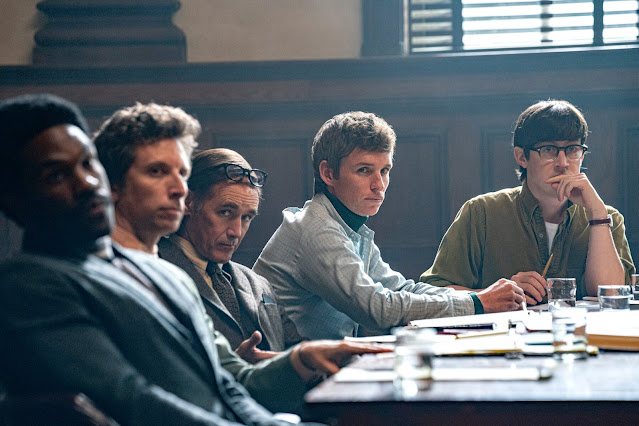 With 'The Trial of the Chicago 7' Aaron Sorkin delivers an enthralling courtroom drama - and not for the first time. Fans of the writer/director have another opportunity to enjoy the man's unique storytelling style, not to mention his awesome approach to dialogue. No one writes dialogue quite like Aaron Sorkin! Events jump seamlessly between the '68 Democratic convention, the trial, and Abbie Hoffman's (Sacha Baron Cohen) recollections of both during an amusing stand-up routine. Sorkin - with the help of some clever editing and good use of soundtrack - expertly drives the tension up and down, whilst also managing to inject a little humour into proceedings, as he depicts one of the Nixon administration’s many benevolent acts to the people of the United States. 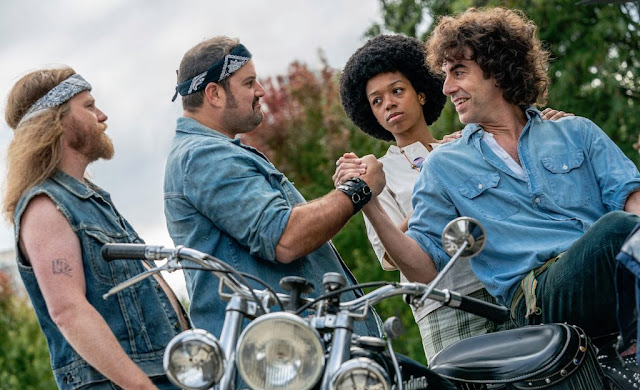 Despite being the story of a trial stemming from an event that took place in 1968, it all feels oddly prescient. You'd think that it was written in response to some of the more recent events occurring in the US, when in actual fact Sorkin wrote the script back in 2007. Making this movie more than just an interesting depiction of history, but a worrying commentary on the times we live in. At the very least the parallels are concerning, like the fact that a toxic President inhabits the White House both then and now. 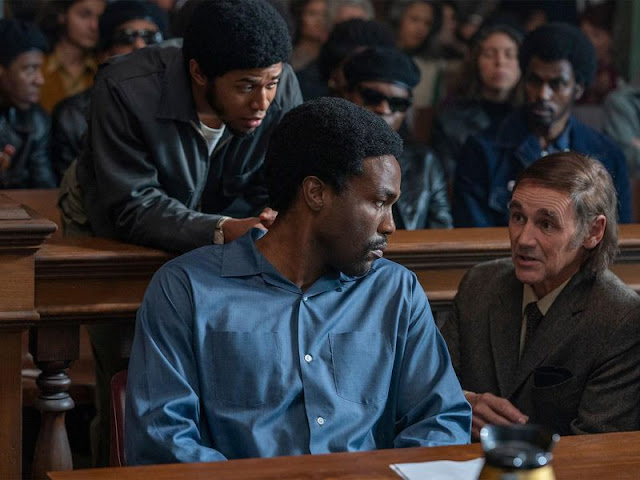 There is an undeniable shock factor to this story, and the appalling actions of many of those involved - something that is treated with the disgust it deserves, in spite of the humorous approach to much of what goes on. It is a shame then, that at times it feels like major parts of the trial are skipped over. Going into this I was aware that this was a show trial, a warning to members of the peace and black power movements. It was clear that rights were denied and laws broken, but I had no idea it was to such a shocking degree. All of which is brought to life by some incredible performances, Yahya Abdul-Mateen II as the heavily victimised Bobby Seale, and Frank Langella as the despicable Judge Hoffman - the man most responsible for victimising Bobby Seale - being the clear stand outs. That said, every member of the cast brings depth and range to their characters, to the point where they don't feel like the Hollywood versions. Like all of us they are complicated individuals, and Sorkin isn't afraid to show us their flaws. 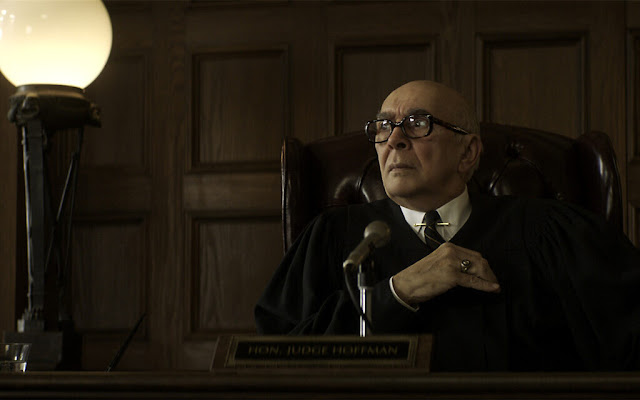 Aaron Sorkin knocks it out of the park with another thrilling look at the American legal system, and one of its most notorious cases. Sorkin and his fantastic cast bring this story to life with style - which is no easy task. 'The Trial of the Chicago 7' will shock you, at times beyond belief, but it will also make you laugh, and it will definitely keep you engrossed throughout. 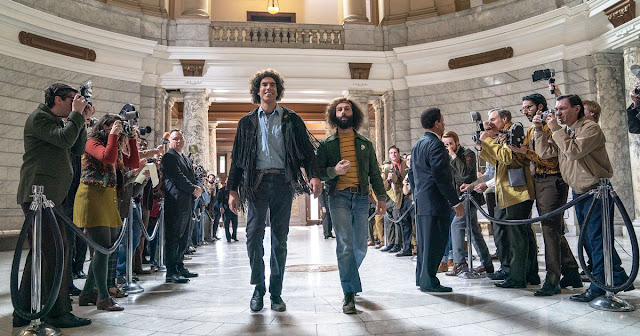 What did you think of 'The Trial of the Chicago 7'? Leave a comment below or find us on Facebook and Twitter. You can also email us at moviemoustache@gmail.com.