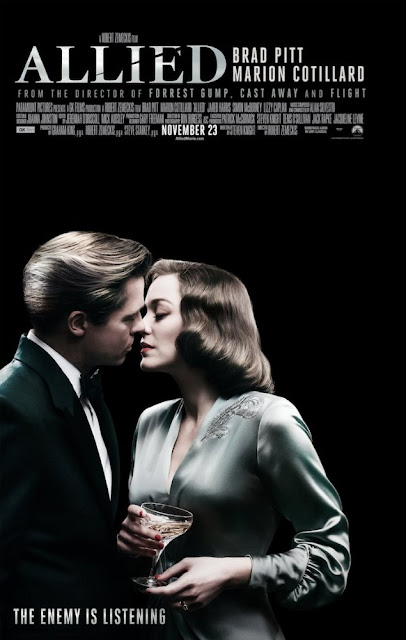 Robert Zemeckis takes us back to one of the golden ages of espionage in this World War 2 drama. Allied tells the story of Max Vatan (Brad Pitt) and Marianne Beausejour (Marion Cotillard), a Canadian spy - working for British Intelligence - and a French Resistance member who fall in love during a mission in Casablanca. After the mission they head to London, where they marry and have a child. Their happiness is soon threatened when Max's superiors inform him that Marianne may be a German spy and is the subject of a "Blue Dye" operation. Now, defying orders, Max must fight to prove his wife's innocence or face executing her himself. 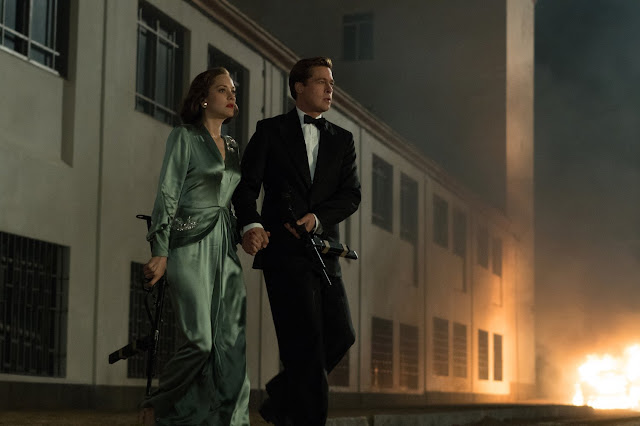 Zemeckis has done a great job of recreating the war era, everything looks very authentic. Allied was nominated for the Oscar for Best Costume Design. Filming took place in Grand Canaria and London, both locations look incredible. It's easy to see that Ian Fleming's work was a source of inspiration, which in turn was inspired by Fleming's own experiences during the war. The story feels like it's grounded in reality, the horrors of war, the dangers faced by those who served, even the espionage feels realistic. The movie is said to be based on the life of the uncle of one of writer Steven Knight's old girlfriends. Apparently, the uncle worked for S.O.E. (Special Operations Executive) and married a teacher who was a member of the French Resistance. In doing so, they were bound by the "Intimate Betrayal Rule", meaning if one turned out to be a double agent, the other was expected to execute them in order to prove their loyalty. 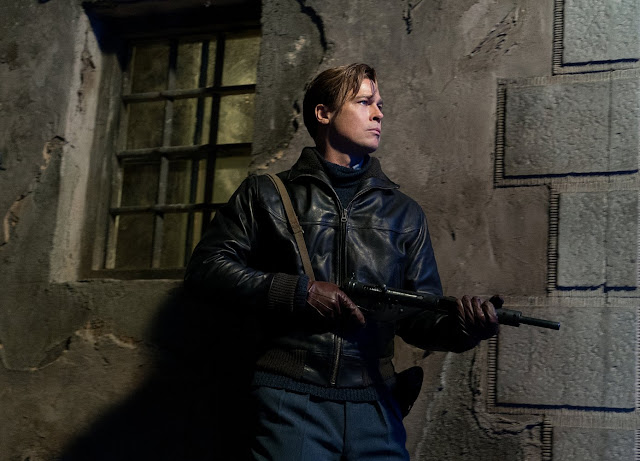 This is a movie built on great performances. Pitt and Cotillard are excellent in the starring roles and they work well together. According to IMDb, for his French lines Cotillard acted as Pitt's tutor on set. I'm not interested in the rumours, that's not my business. What I am interested in is the movie, and I really enjoyed watching them as the spy couple. It's easy to believe that Max and Marianne would risk everything for each other. Brought together by war and tragedy, these two find something good in all the bad and want nothing more than to hold on to it. And thanks to their excellent performances, you will want the same for them. 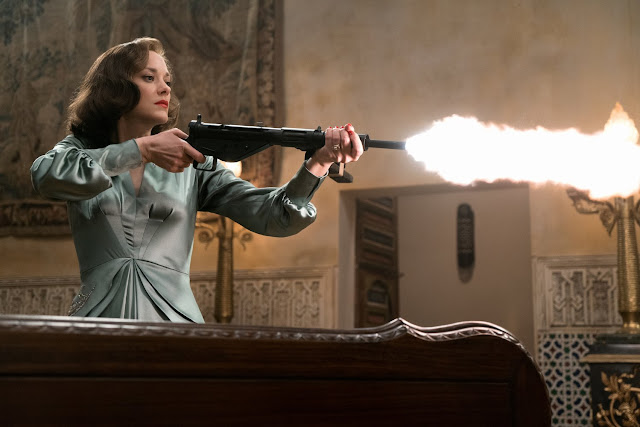 Beautifully shot and filled with great performances, Allied is a tense and exciting spy drama. Despite this, the movie is let down by a predictable ending. But it's still a compelling story that will grip you from beginning to end. 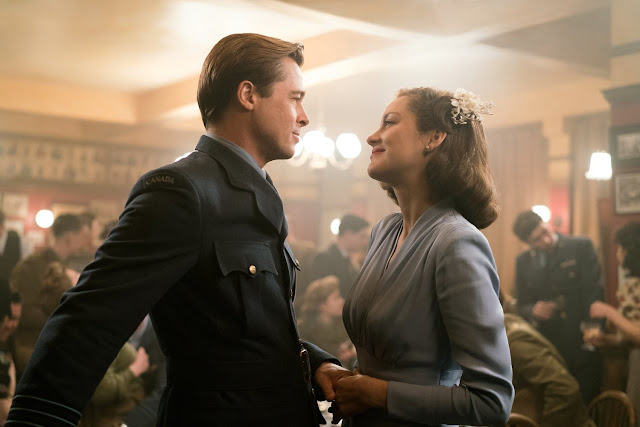