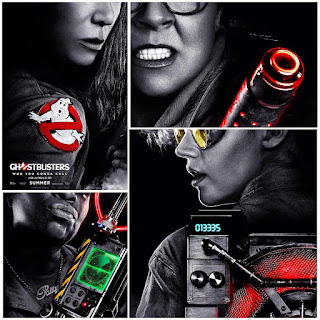 Now I'm not saying the movie won't be any good. Paul Feig's last couple of films; Spy and the Heat are quite good and successful. But if he can come up with successful, original material, why remake a classic? Granted, if Feig doesn't Sony will get someone else and not necessarily someone as good. Remakes are real money makers. Even with a new script you haven't had to develop and idea and you already have an established fan base who will go and see it. So the movie will generate a new fan base as well as drawing in fans of the original. The new fans will probably also want to see the originals which means more sales and rentals on top of the new films profits. Just because a movie makes money, doesn't make it a good movie! That being said, Feig is sticking to his usual formula: Melissa McCarthy and Kristen Wiig in a comedy. He has proven before that he can make good comedies. On top of his usual collaborators he has cast Chris Hemsworth (Thor) as Kevin; the Ghostbusters secretary and Andy Garcia (Ocean's 11) as the Mayor. Original cast members Bill Murray, Dan Aykroyd, Sigourney Weaver, Ernie Hudson and Annie Potts have cameo appearances, Ivan Reitman is producing and I'm guessing the movie will have some sort of dedication or tribute to Harold Ramis who passed away in 2014. Aykroyd and Ramis also receive writing credits. Feig is making a lot of good moves, his casting is good and he'll no doubt have budget and CGI on his side. But the new ECTO-1 looks terrible! 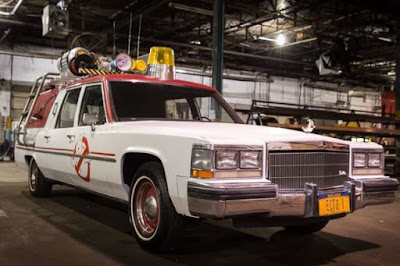 ECTO-1 looking not so good! 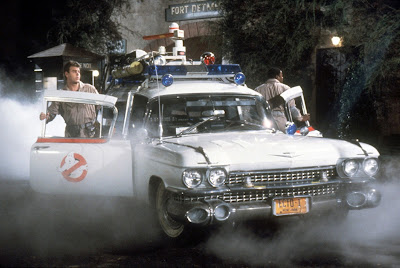 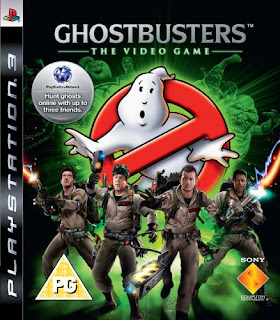 As a fan of the original films I would prefer they left Ghostbusters alone. A sequel involving the original cast is the next best thing. Although I'm still recovering from the nightmare that was the Kingdom of the Crystal Skull! For many years there was a script for Ghostbusters III caught in Hollywood limbo. It never managed to get past the writing stage. However, they did manage to create a video game for PS3 and XBOX 360 which was scripted by Aykroyd and Ramis and starred all four Ghostbusters, Annie Potts and William Atherton as Walter Peck. Players take on the role of the new recruit and get to work with the original characters to save New York from new ghosts as well as some known to the Ghostbusters, such as the Grey Lady (the ghost from the library). To a fan like me this is game is brilliant and I have to admit I've played the game through about four times. I would like to have seen more games but with the death of Harold Ramis that will never happen now. But instead of putting it to bed they're remaking it with a whole new cast and lets be honest a newish story with copied ideas. 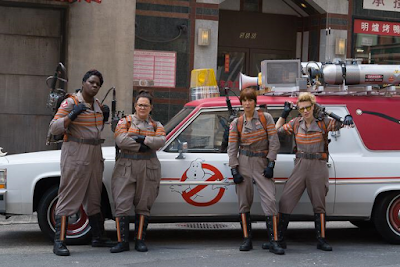 I am a lover of movies, I watch them because I enjoy them. The people that make movies may love them but they definitely love the money Movies make and its been proven many times over that those in Hollywood are shameless when it comes to making money. I will probably go and see this film, I may even like it. But I will always prefer the originals!