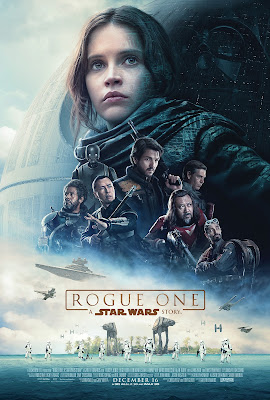 The final trailer for Rogue One: A Star Wars Story has landed (watch it below), and what an epic trailer it is! Last year Episode 7 made for a very Merry Christmas indeed and it looks like Disney will deliver the same with Rogue One this year.

I'm not going to go on and on, I want you to watch the trailer. But Star Wars looks to be returning to the glory of its heyday, and what a story to do it with. After almost 40 years we will finally see how Princess Lea got hold of the Death Star plans. Clearly a lot of hard work and dedication have been put in to this project and I look forward to seeing the final result. If Rogue One is a success, will we get to see (and I'm paraphrasing here) many Bothans die to bring us the plans for Death Star 2? A little morbid I know but what the hell.

Until then enjoy Rogue One's Trailer 2 and get excited for its release in December. Let us know what you think of Rogue One: A Star Wars Story by leaving a comment below or find us on FaceBook and Twitter.