The Girl on the Train: Average Guy Movie Review 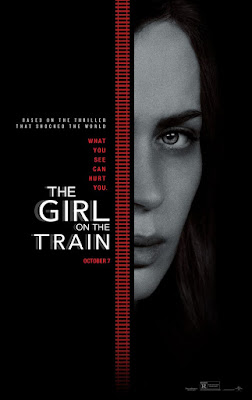 Paula Hawkins book The Girl on the Train has hit the silver screen with Emily Blunt in the starring role. Blunt plays Rachel, an alcoholic who gets the train into New York every day, which takes her past her old house. Not only does Rachel's ex-husband Tom (Justin Theroux) still live in the house with his new wife Anna (Rebecca Ferguson), but Rachel has developed an obsession with the seemingly perfect couple - Megan (Haley Bennett) and Scott (Luke Evans) - that live two doors down. When Megan goes missing, Rachel manages to get herself caught up in the investigation. 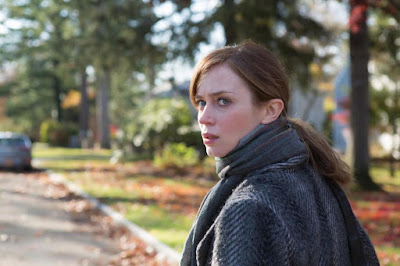 I've heard a lot of people comparing this movie to Gone Girl, don't do that. The Girl on the Train isn't Gone Girl but it is a very intelligent mystery thriller in its own right. It's the story of three damaged women - Rachel, Megan and Anna - and their intertwining lives. Performances all round are very good, Blunt's portrayal of alcoholism is very believable on all levels ranging from sober, to drunken antics right through to the blackouts. In the same weekend I saw this and The Magnificent Seven and Haley Bennett delivered brilliant performances in both. Bennett's character Megan is a very troubled individual and she displays the distance and numbness that Megan feels very well. Rebecca Ferguson's Anna is a new mother struggling with anxiety, Ferguson shows real diversity between this and her role as Ilsa Faust in Mission: Impossible - Rogue Nation. Rounding up the female cast is Allison Janney as Detective Riley, the cop assigned the task of solving this mystery and she seems very determined to do so. 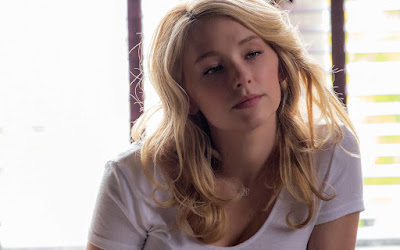 Unless you've read the book it's unlikely you'll figure out what's going on. I personally haven't read the book but I know people who have and they still really enjoyed the movie. Obviously there have been changes in the transfer from page to screen, the biggest of which was the change in location. London is substituted for New York, this is something that fans of the book aren't happy about even if the author is. Now the official line on this is that a US setting would be more attractive to US production companies and audiences alike. Yet, Emily Blunt played Rachel with her English accent rather than putting on an American accent. The fact that she didn't play Rachel as an American fits with the other possible reason the location changed, and that's because of the UK drinking culture. I say possible because this is unconfirmed. Apparently it wouldn't seem unusual to Americans for someone to be drunk on a train in the UK whereas it would in the US, at the very least this seems like an offensive stereotype but it would certainly explain why Blunt didn't have to change her accent.

Tate Taylor may not be David Fincher - an unfair comparison in my opinion - but he is a good director in his own right. This is the second movie of his that I have seen, the first being The Help, both of which are brilliant movies. The Girl on the Train delivers great performances and a story that'll keep you guessing, it's not a fast paced thriller but at no point is it boring. If you're looking for a very intelligent mystery thriller, you can't go wrong with The Girl on the Train. 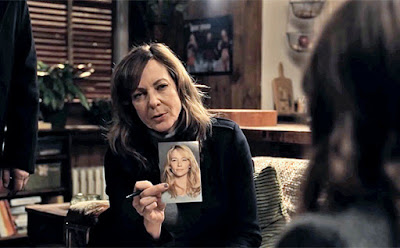