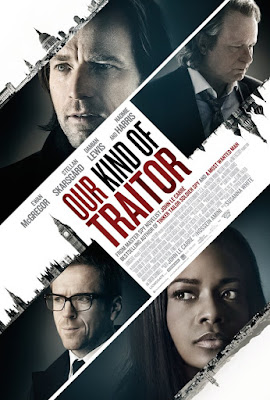 For Christmas, a member of the family often gets a dvd or blu-ray. In my family it's usually me, I know...you're shocked! Last Christmas (it already seems so far away) my sister got me Our Kind of Traitor, a movie I really wanted to see when it first came out but never got the chance. Well I can say it was well worth the wait! 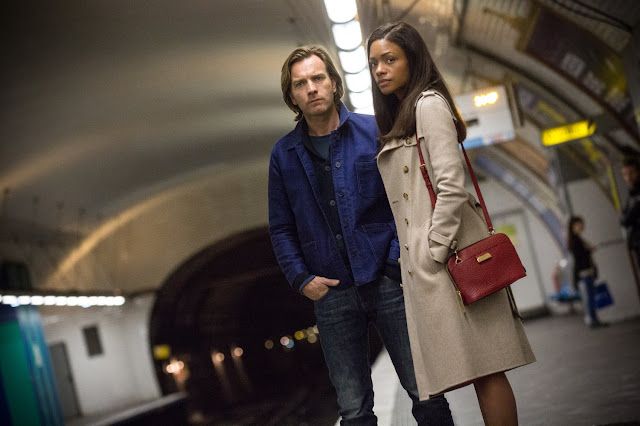 While on holiday in Morocco, Perry (Ewan McGregor) and Gail (Naomie Harris) meet Dima (Stellan Skarsgard) who unbeknownst to them is a high ranking accountant for the Russian mafia. After inviting them to his teenage daughter's outlandish birthday party, Dima gives Perry a memory stick which he asks him to deliver to MI6. The memory stick contains information linking British politicians to corruption, Dima wants to use the information and his testimony as a bargaining chip for asylum for his family in the UK. With the mafia closing in and corrupt politicians attempting to block the deal, Perry and Gail have to work with Hector (Damian Lewis) - an MI6 Agent with a personal agenda - to protect Dima and his family. 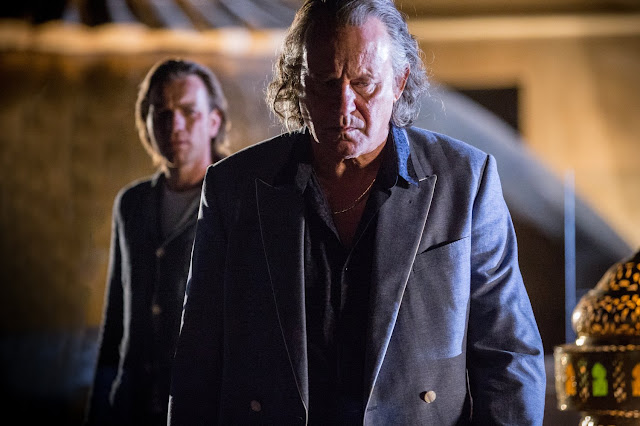 Based on the novel by John Le Carre, Our Kind of Traitor has a great cast, beautiful locations and a tense story. A story that - in the current climate - feels way too close to believable. The movie does move at a slow pace, something that can make some movies boring, but in this case it only adds to the suspense. This is definitely not meant to look like a Bond film, it's a suspenseful drama rather than an action movie. You never know who you can trust, sometimes the good guys aren't so good. Damian Lewis described the story as a "can they do it?" rather than a "who done it". I think this is a very good description of the movie, although not an edge of your seat thriller, you genuinely don't know how things will turn out. 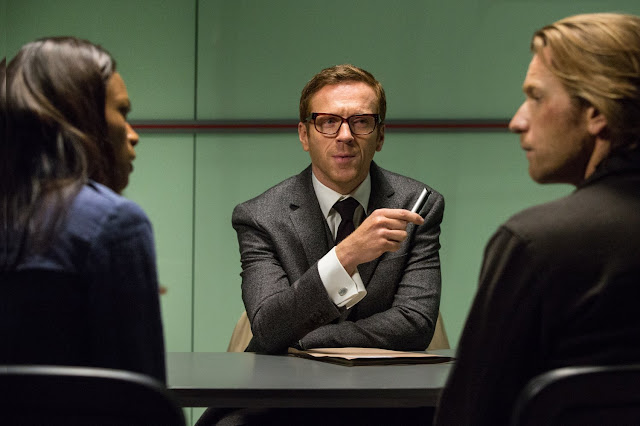 Our Kind of Traitor really is a classic espionage thriller in a modern setting. Lewis is brilliant as the secretive and unreadable spy, but it's Skarsgard who steals the show as the outwardly larger than life Dima who will do anything to protect his family. If you're looking for a suspenseful and engrossing thriller you can't go far wrong with Our Kind of Traitor. Between this and The Night Manager, 2016 really was a great year for John Le Carre! 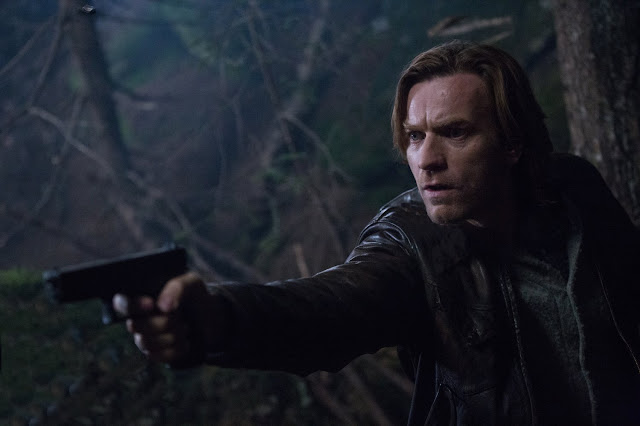