We've seen the Avengers unite to save the world in the MCU, now it's time for Netflix to unite their four Marvel heroes so they can save New York from...Sigourney Weaver. Well her character, Alexandra Reid to be exact. The first season will become available on Netflix on 18th August 2017, but the first trailer has finally arrived and the show looks epic! 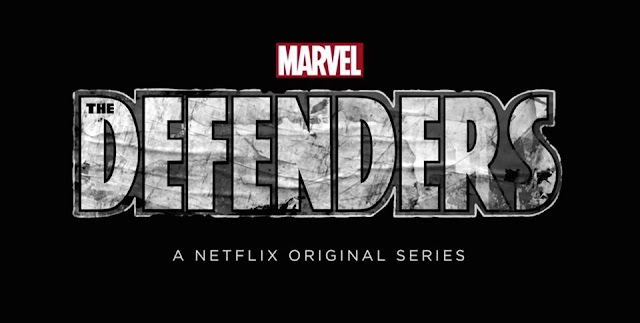 From the trailer we learn that Jessica Jones (Krysten Ritter) has got caught up in a major investigation that Misty Knight (Simone Missick) is running. Not only that, Jones' actions have resulted in the death of someone important to the investigation, someone she was trying to protect. It's at this point that Matt Murdock (Charlie Cox) shows up to act as Jones' lawyer. Meanwhile, Luke Cage (Mike Colter) is contemplating his future. Cage tells Claire Temple (Rosario Dawson) he wants to help people, so she introduces him to Danny Rand (Finn Jones). 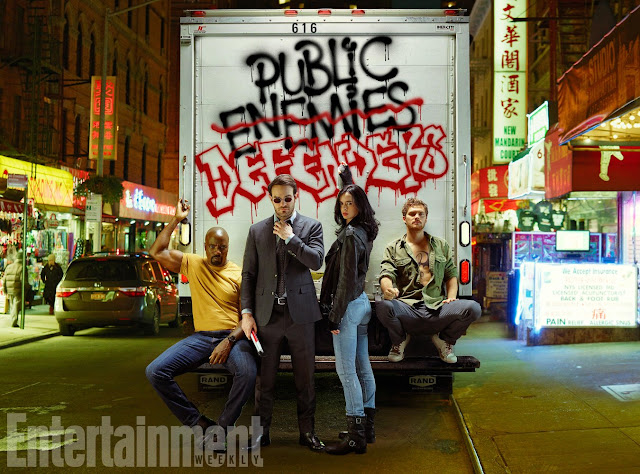 But ultimately, it looks like Murdock's old mentor - Stick (Scott Glenn) - will be the one to unite the four. He has his reasons too, according to Stick; "the war for New York is here". Little is known of the enemy our heroes face and the threat they pose, but it does involve Elektra (Elodie Yung) somehow. No doubt it has something to do with her destiny to become the "Black Sky". The trailer ends with an epic fight scene involving all four heroes, including a costumeless Murdock wearing Jones' scarf as a mask. 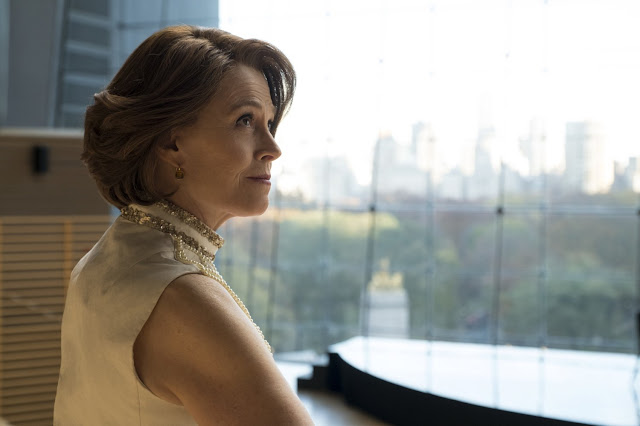 So what do we know about Alexandra Reid? Well very little. We know that she's sophisticated, intellectual and dangerous, all of which make her a powerful force in New York. She's obviously rich too! According to Marco Ramirez - showrunner on Daredevil Season 2 and The Defenders - Alexandra Reid is not a character from Marvel Comics, she's an original character created for the show. As for what her plans are, Marvel is keeping quiet on that one. From the trailer you can tell she'll quite happily kill our four heroes to succeed, her only line from the trailer; "the more connections you have, the easier it is to break you". 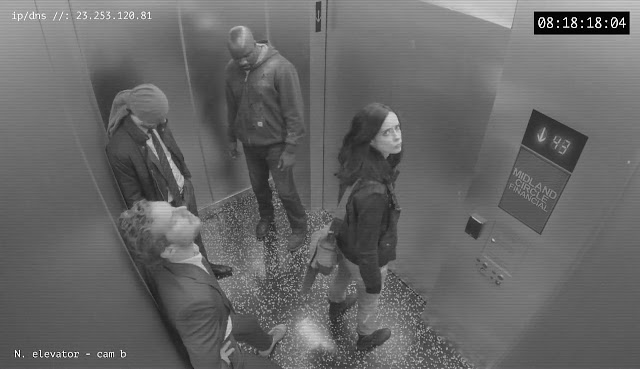 Much like the Avengers movies which brought together multiple characters from all of the stand alone MCU movies, the same will happen with the Defenders. As well as those already mentioned, the cast will include:

It's fair to say that Netflix is responsible for making the best Marvel shows, they're gritty and grounded in reality much like the movies of the MCU. Although the Luke Cage and Iron Fist shows are weaker than their earlier projects; Daredevil and Jessica Jones, it's not the characters and certainly not the performances of the actors that are to blame. In fact I like to think that bringing these characters together will raise their status and improve upon their future solo outings. At the very least, The Defenders looks to be the same great, action packed, engrossing fun that the Marvel Netflix shows are known for and probably one of the big hits of summer 2017. The Defenders eight episode first season will be available to stream on Netflix from the 18th August. 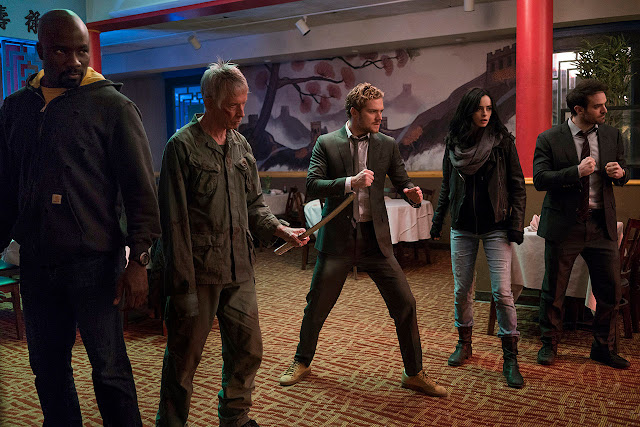 Are you excited about The Defenders? What did you think of the other Marvel Netflix shows? Let us know by leaving a comment below or find us on Facebook and Twitter.