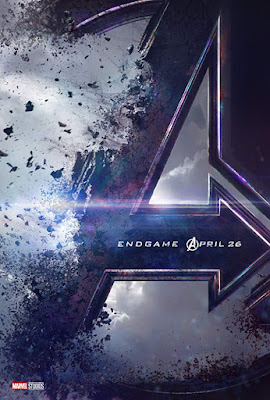 The trailer for Avengers: Endgame has finally arrived. No doubt you've already seen it, but if not you can check it out below.

Well, it seems things are looking even bleaker than they did at the end of Infinity War. Tony is stranded in space, onboard what appears to be the Milano. There is a glimpse of Nebula at one point. The question is; what caused the ship to be so badly damaged? Was it the battle with Thanos on Titan? Or has something happened in the interim? Whatever it was, it seems Tony has finally come across a piece of technology even he can't fix, and is pretty much at breaking point.

The rest of the team are still on Earth, reeling from the moment in which Thanos snapped his finger and half the population of the galaxy disappeared. But at least Steve managed to find a moment to shave his beard. He and Romanoff have some sort of plan in mind, enough for Steve to break out the stealth suit from Captain America: The Winter Soldier and his lucky compass, the one he carried throughout World War 2. No doubt the plan will involve Scott Lang, the Quantum Realm and those sneaky time vortices that Janet Van Dyne mentioned at the end of Ant-Man and the Wasp.

In one of the lighter moments of the trailer Scott just shows up. Firstly how the hell did he get out of the Quantum Realm alone? Thankfully he used the van with the Quantum Tunnel to drive across the US to reach Avengers HQ, which will make the above plan possible...somehow. Maybe Ava - A.K.A. Ghost - can help with that, although there's no indication at this point whether she will appear in Endgame or not.

But the biggest question raised by this trailer; is Hawkeye a samurai (or possibly Ronin)? He certainly didn't look very happy. I wonder how many members of his family disappeared with the snap. How did he end up where Romanoff finds him? And what's with that cool looking sword?

As with most trailers, this one has left us with more questions than answers, and that's just the way I like it. We didn't need a trailer really, but every snippet we get about Endgame leaves me even more excited to see it. No doubt we'll see at least one more trailer between now and release, so that's something else to look forward to. What do you think of the title? Is it me, or is "Endgame" a bit on the nose?

What did you think of the first trailer for Avengers: Endgame? Was it worth the wait? Leave us a comment below or find us on Facebook and Twitter. You can also email us at moustachemovienews@gmail.com