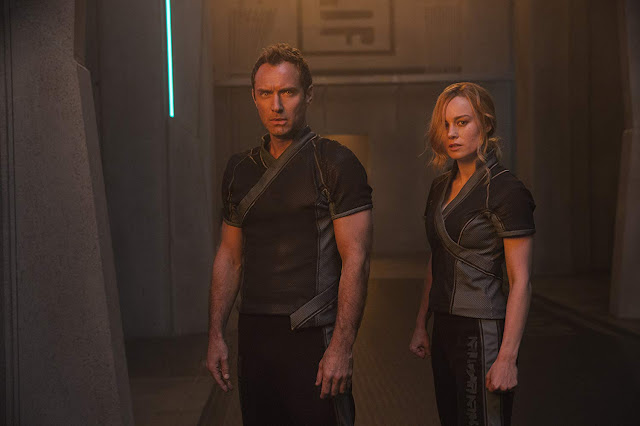 It has finally been confirmed who Jude Law will be playing in the upcoming Captain Marvel. Many have speculated, and it seems their speculation was correct.

According to the official Captain Marvel page on the Disney website Law will be playing Mar-Vell, leader of the Starforce. Which makes him Captain Marvel's (AKA Carol Danvers) boss. The question is; how will it affect their relationship when Danvers (played by Brie Larson) returns to Earth?

First hinted at during Avengers: Infinity War's end credits scene, we know Nick Fury has a good relationship with Captain Marvel. Now we get to see how that relationship came about. It seems that during the 1990's, the Earth was caught in the middle of an inter-galactic war between the Kree and Skrulls. When an event causes her to crash into a Blockbuster Video Store (the youngsters among us may not know what that is), Captain Marvel chooses to defend her planet of origin. But will that choice set her at odds with the Starforce, Mar-Vell and the Kree?

Well we won't have to wait long to find out. Captain Marvel hits UK cinemas on 8th March 2019. 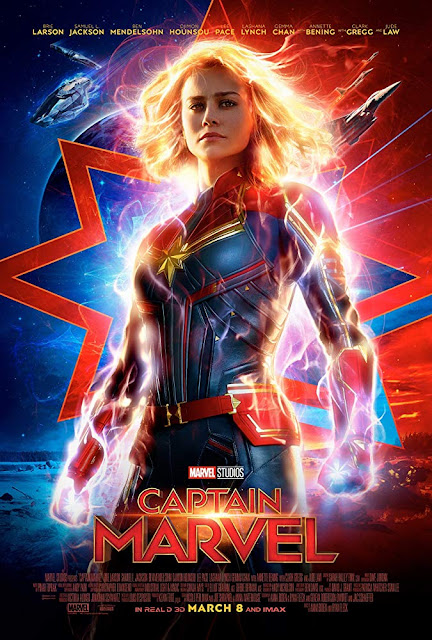 What are your thoughts on Jude Law's role? Were you surprised to find out he was playing Mar-Vell? Let us know by leaving a comment below or find us on Facebook and Twitter. You can also email us at moustachemovienews@gmail.com

Update: We were right about everything above, bar Jude Law's character name. His character is called Yon-Rogg, he is both the leader of Starforce and Captain Marvel's - known as 'Vers' to the Kree - boss. Annette Benning plays Mar-Vell in the movie.